There was nothing on city council's agenda about Second Amendment Sanctuaries, but hordes of people showed up at its meeting to support the city becoming one. 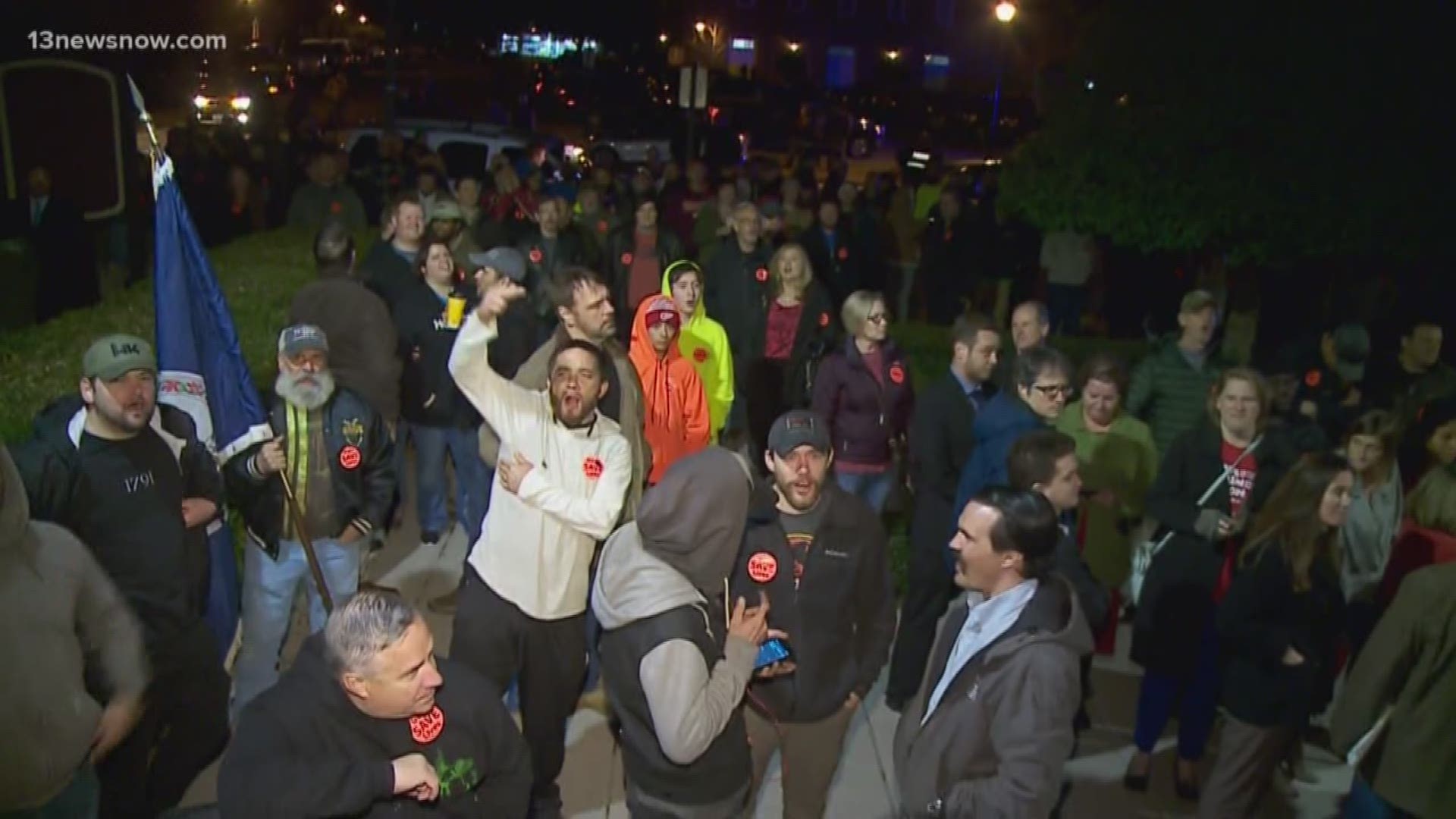 VIRGINIA BEACH, Va. — There was nothing official on Virginia Beach City Council's agenda about Second Amendment Sanctuaries Tuesday night, but that didn't keep a crowd of supporters from showing up.

In fact, so many people showed up, the fire marshal's office had to ask dozens upon dozens of people to step outside of the building, and they did. That left a sea of supporters outside Virginia Beach City Hall.

All of this took place as the Gloucester County Board of Supervisors prepared to vote on a Second Amendment Sanctuary resolution, a resolution which the board passed unanimously Tuesday. The county joined other municipalities in Virginia that adopted similar resolutions.

Many of the people in Virginia Beach hoped to address council members during the public comment portion of the meeting to speak in support of the city becoming a Second Amendment Sanctuary.

Many people support the idea of becoming a Second Amendment Sanctuary, but what does it mean?

But can cities and other localities just ignore state laws?

Jones sent a letter to Virginia Attorney General Mark Herring asking him for an opinion on the issue ahead of the 2020 legislative session so lawmakers can pass laws that comply with his opinion.