Virginia Beach city officials and developer Venture Realty presented the details of their agreement on Oct. 29 to city council members. 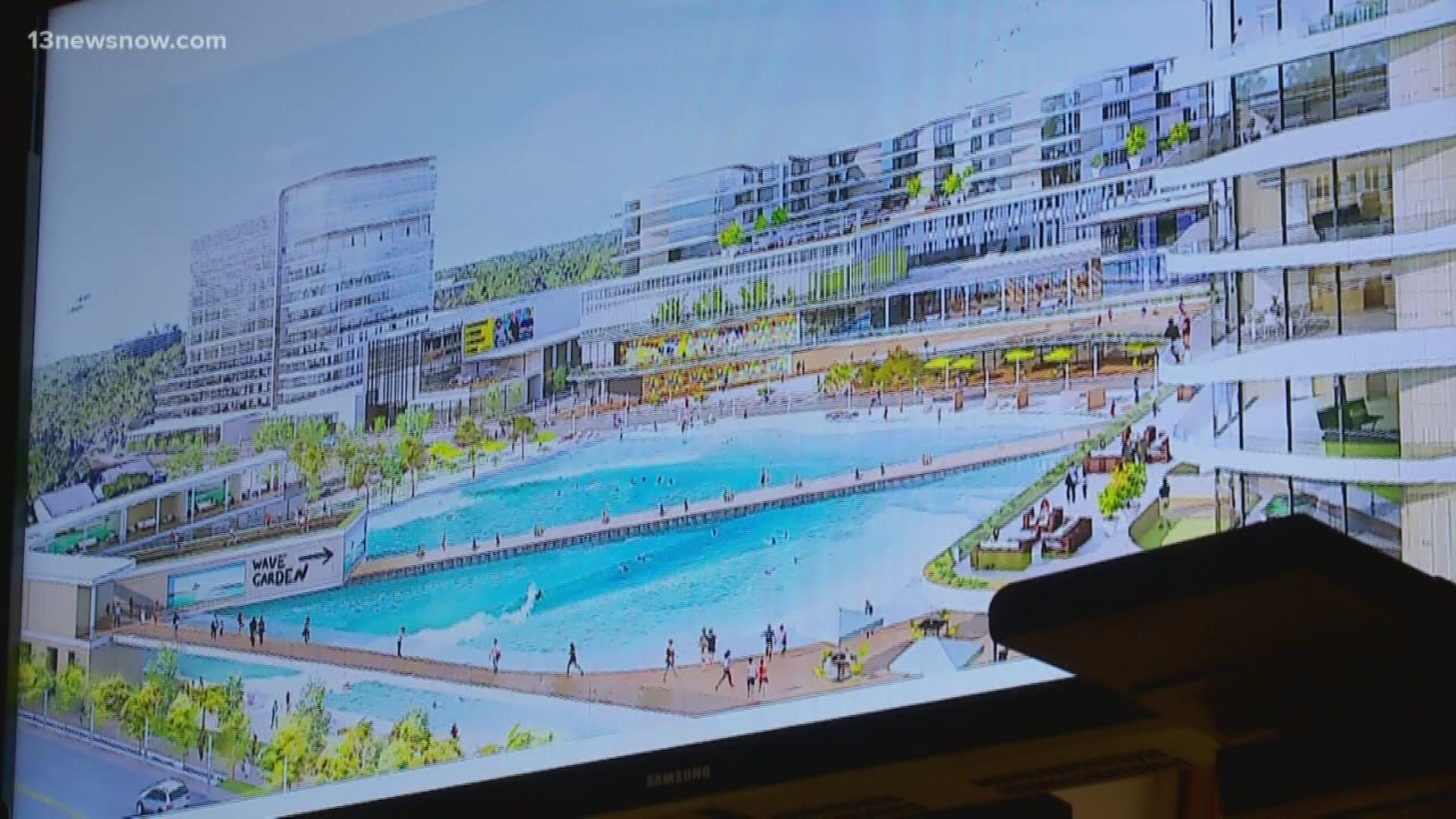 Both the city and Venture Realty met with City Council on Oct. 29 to brief members for what's fully in store for the site including a construction schedule and improvements to the original plan.

"We wanted to give our friends and neighbors in the City of Virginia Beach regionally a reason to come back to their Cceanfront," said Mike Culpepper, a representative from Venture Realty said to councilmembers. "We want to take the positive energy and the good will of Something in the Water and inject it into a living, breathing 24/7 vibrant development."

The city council approved a non-binding term sheet on the development back in January. Venture Realty and city staff negotiated to a ten-month period to create terms for the full development agreement.

Now, the agreement needs to be approved by the city council and the Virginia Beach Development Authority.

Plans are set to fully build a multi-use, residential and entertainment complex at the property located between 18th and 20th Streets. This epicenter will have a Wavegarden Surf Park, a state-of-the-art live entertainment venue that 3,500 people can fill, stores, restaurants and hundreds of residential units.

The entire project is estimated to cost about $325 million. The city will invest about $230 million to develop the surf park, commercial offices, as well as residential and retail space, while about $95 million will go to public parking and the entertainment venue. City officials estimate the park will generate a $8 million dollars a year, which will get reinvested into public schools, the general fund and tourism fund.

"It [is] an opportunity for entertainment for the public and it will create significant tax revenues for schools and for public safety," said Councilman Louis Jones.

Originally, this idea was the brainchild of Pharrell Williams who wanted to develop a surf park near the Oceanfront. He partnered with Venture Realty to make it a reality.

You can learn more about the project here.