The company's wind project moved forward after a barge started offshore construction off the coast of Virginia Beach. 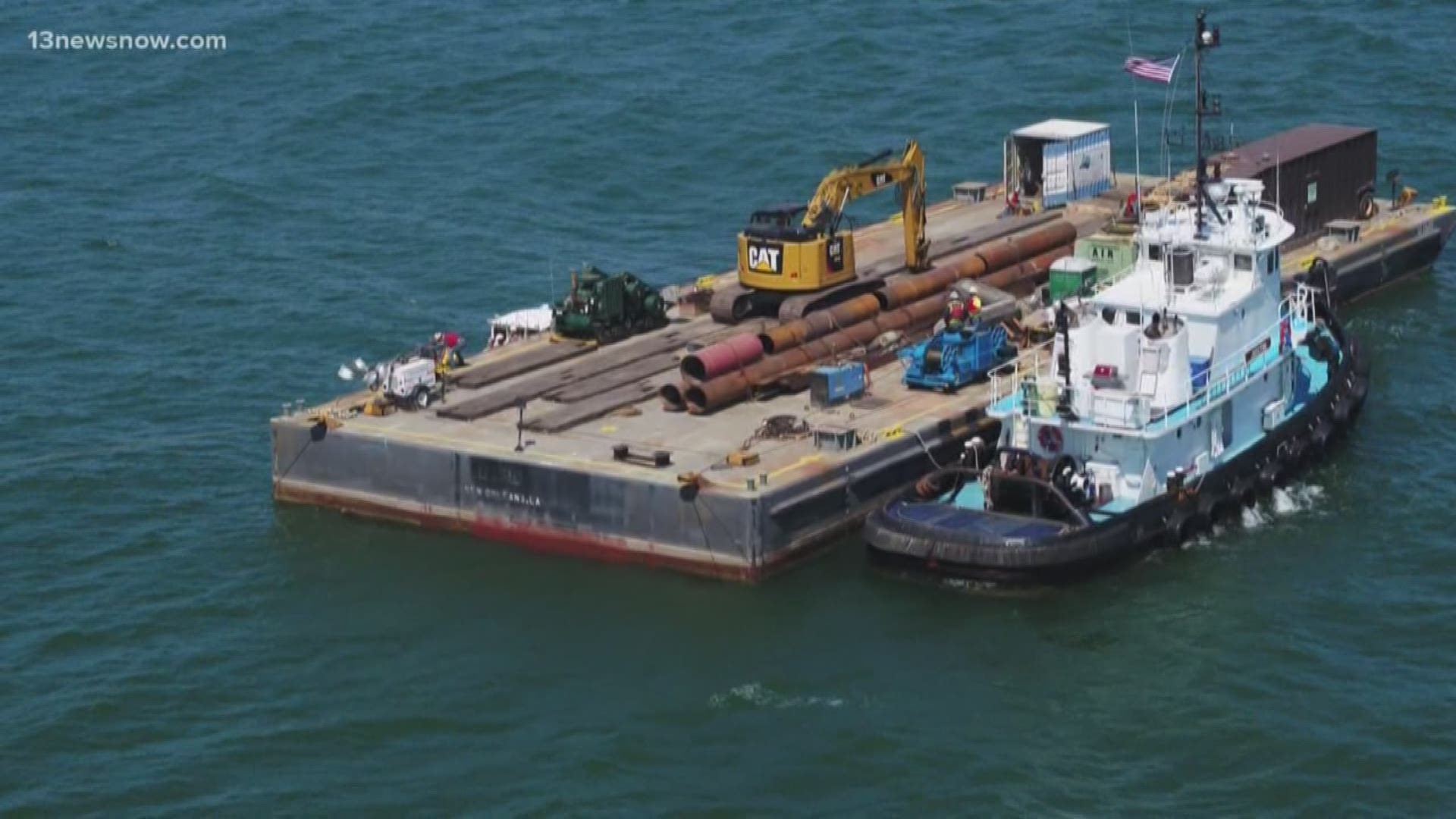 Dominion's project is working to build two 6-megawatt wind turbines, 27 miles off the coast. It's expected to power up to 3,000 homes.

The company said the barge will remain about a half-mile from shore through the end of August. It supports the installation of a half-mile conduit that will hold the final stretch of cables connecting two wind turbines to a new substation near Camp Pendleton.

“The Virginia offshore wind demonstration project is another powerful example of the Commonwealth’s position as a leader in renewable energy,” said Governor Northam. “As the first deployment of commercial-scale offshore wind turbines in federal waters, I am thrilled that Virginia’s project will help determine best practices for future offshore wind construction along the East Coast.”

Dominion Energy anticipates the two turbines should be in operation by late 2020.