The Donovon Wayne Lynch Foundation for Social and Economic Justice offers scholarships to students who hope to improve communities. 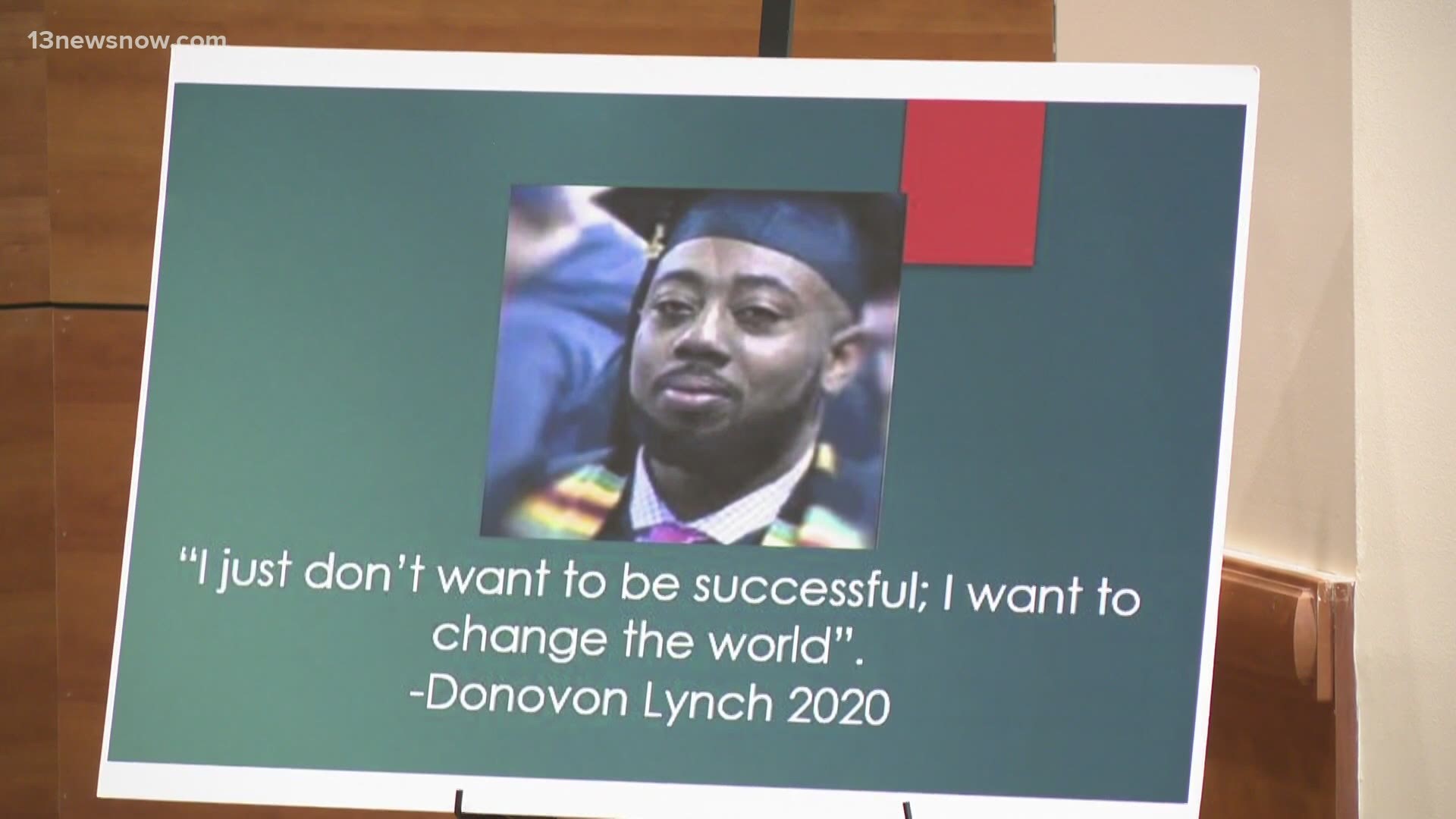 NORFOLK, Va. — The family of Donovon Lynch is pushing for police reform in Virginia Beach and beyond.

It comes three months after a Virginia Beach police officer shot and killed Lynch, 25, during a chaotic night at the Oceanfront. Two people died and several were injured in separate shootings.

The group hosted what they are calling the Re-Imagine America Tour to discuss social and economic issues plaguing communities and brainstorm solutions.

NSU is the first stop of the planned tour of Historically Black Colleges and Universities, according to Lynch.

"We’re about action. So we’ve laid the groundwork, so now it’s time for us to go out and do the work," he said.

"What we’ve been doing for the past 35 years has culminated to this moment," he said, referring to his known decades-long work in the community. "It’s been fast tracked because of the death of my son."

The foundation will offer scholarship and support for students and citizens with ideas to improve their communities. Lynch said he had discussed the idea with his son.

Among the key topics of discussion was the push for mandatory civilian review boards in all communities. Wayne Lynch said he's made it his goal to advocate for the cause since his son's death.

“We for it to be it mandatory, and every jurisdiction to have a civilian review board," Carroll Foy said.

The Lynch family and their attorneys have questioned the investigation into his death, and attorney Jeff Reichert hinted to pending legal action Thursday.

Lynch’s family claims he was an innocent bystander.

Virginia Beach police said Lynch brandished a weapon that night, though the family disputes that claim and has sought a retraction.

13NewsNow previously reported the Lynch family plans to file a wrongful death lawsuit against the City of Virginia Beach, according to another attorney involved in the matter.

Wayne Lynch was waiting to legally become the representative of his son’s estate, said attorney Stephen Lentz, who's been retained by the Lynch family.

Under Virginia law, only the personal representative of an estate can file a wrongful death claim on behalf of the deceased.

On Thursday, Lynch confirmed that process has been completed.