The family of Donovon Lynch filed the federal lawsuit, claiming that both an officer and the city are responsible for Lynch's death. 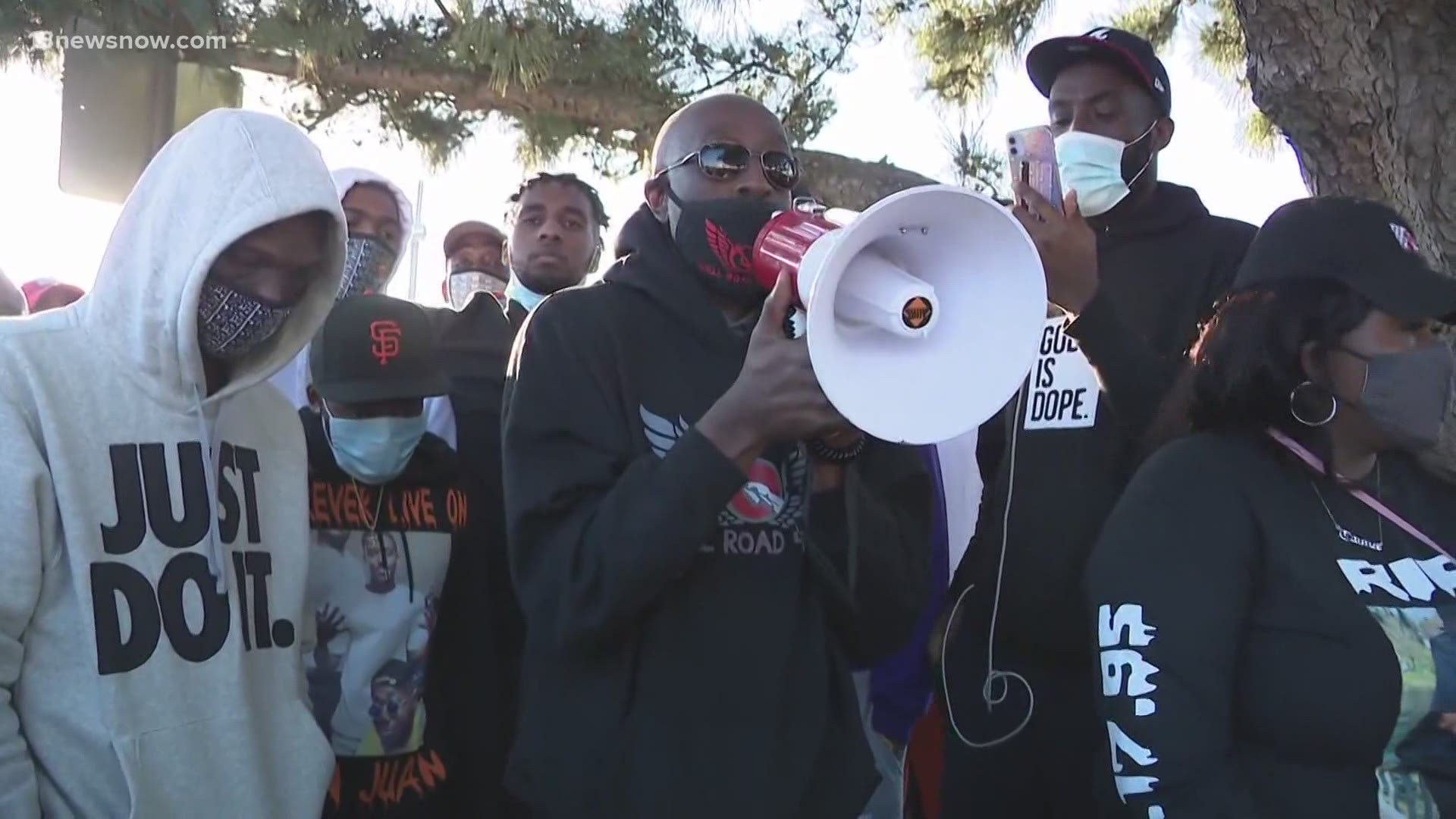 VIRGINIA BEACH, Va. — The family of Donovon Lynch filed a federal lawsuit Monday against the City of Virginia Beach and the police officer whom relatives say shot and killed Lynch on March 26.

The family is suing the city for $50 million. Additionally, it's asking for $350,000 from Officer Solomon Simmons.

Although the lawsuit names Simmons as the officer who killed Lynch, the Virginia Beach Police Department has not released that information.

Lynch was one of two people who died in shootings at the Oceanfront on March 26. He was the only one shot by an officer.

Deshayla Harris was hit by a stray bullet in another shooting. Eight people were hurt in a third shooting.

“The past few months have been heartbreaking, but today is the first step toward getting justice for Donovon," said Wayne Lynch in a statement on Monday.

The lawsuit states that Lynch and a friend were in a restaurant when the gunfire started that night. That friend, Darrion Marsh, said he and Lynch left the restaurant and saw "a throng" of people and police officers. They made the decision to leave the Oceanfront.

The lawsuit states while Lynch and Marsh were on their way to their cars, they encountered Simmons, who "Immediately, unlawfully, and without warning" fired his gun, hitting Lynch twice, killing him.

The suit says, in part: "The shooting was motivated at least in part by Mr. Lynch’s race as a Black man." It also says that Simmons failed to give Lynch any medical attention after the shooting that might have saved his life.

In all, the lawsuit contains seven counts against the city or Simmons:

After the shooting on March 26, Police Chief Paul Neudigate said a gun was recovered from the scene. Neudigate said the officer who shot Lynch did not have a body camera on during the incident, so there's no footage of what led up to Lynch's death.

The police department issued a statement saying Lynch had a gun that night.

The Virginia State Police, which has taken over the investigation into Lynch's death, issued a statement about the lawsuit Monday afternoon: