The aunt of a 7-year-old girl said the child is recovering well, although she is still seriously hurt. 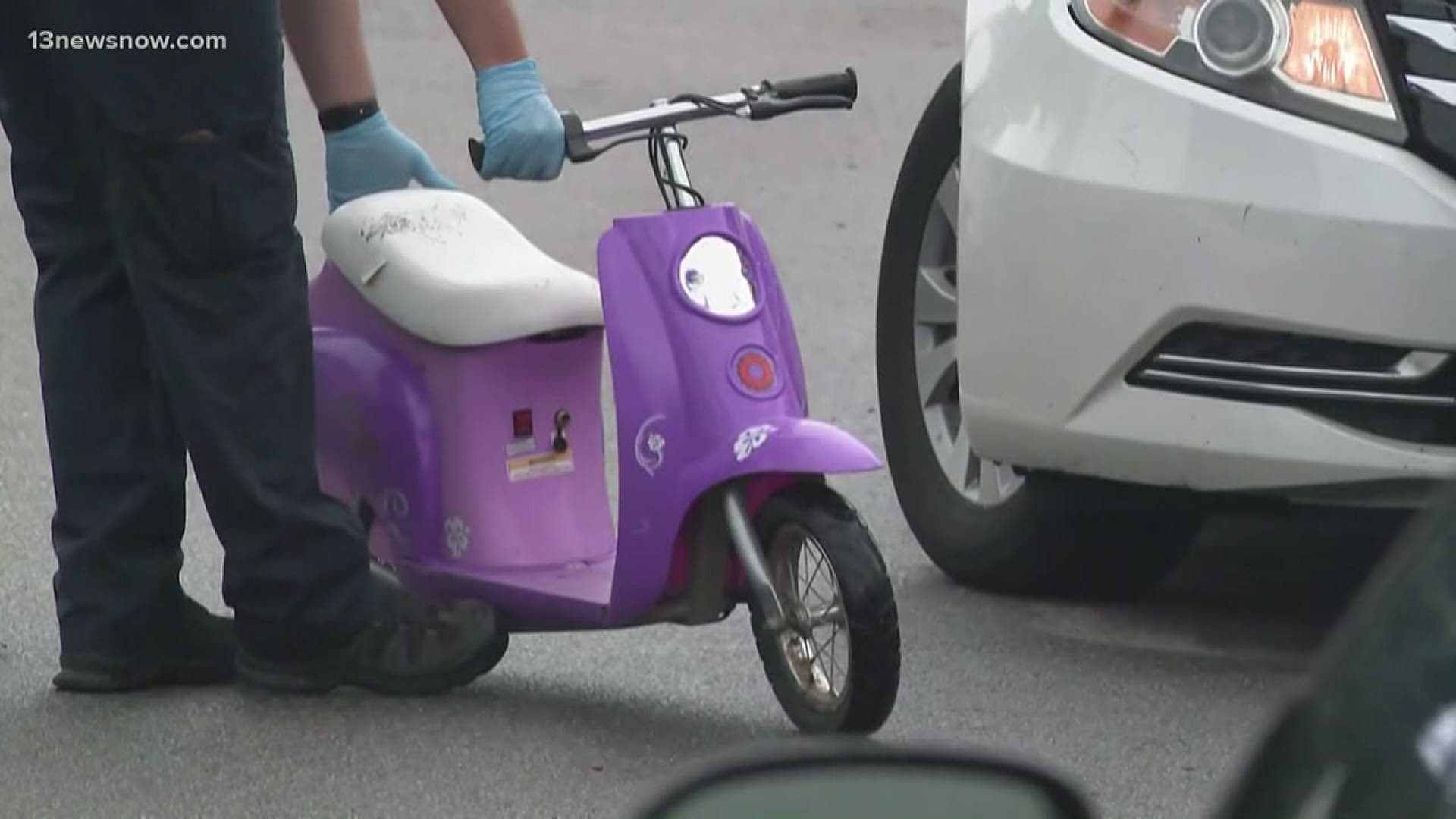 VIRGINIA BEACH, Va. — A 7-year-old Virginia Beach girl who was hit by an SUV on Thursday is continuing to recover in the hospital, her aunt said.

The child was airlifted to the hospital with life-threatening injuries after she was hit in the 5700 block of Albright Drive around 11:15 a.m. Thursday.  The driver stayed at the scene.

According to Angela Brown, the child's aunt, the little girl is still being monitored for brain swelling, but thankfully she has so far shown no sign of brain damage.

Brown said her niece is awake and talking and is "doing great considering her ordeal!"

"We have to continue to thank our creator for protecting her and I’m pretty sure there were a few guardian angels involved including my deceased mother," Brown said in a message to 13News Now.

She added, "The doctors are saying she’s a little miracle. Even though the vehicle was not going that fast, the impact from a 4,000-pound SUV into a 45-pound small child could’ve been fatal."

RELATED: 7-year-old girl flown to hospital after being hit by car in Virginia Beach neighborhood