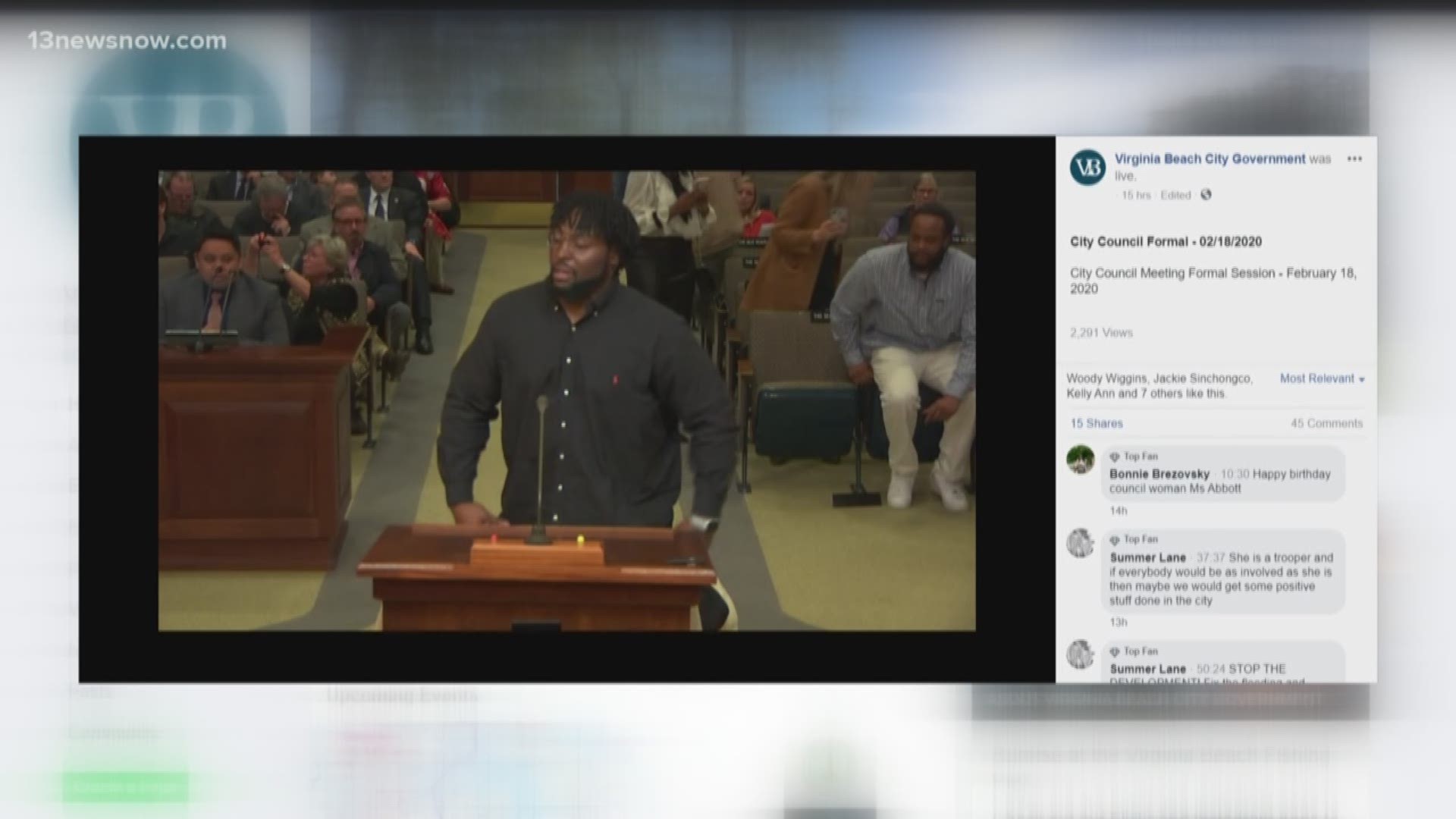 Councilman Aaron Rouse presented the resolution that stated February 18 officially as Derrick Nnadi Day in the city of Virginia Beach.

He now plays as a defensive tackle for the Chiefs and helped the team win the Super Bowl earlier this month.

But it's also Nnadi's commitment to giving back to the community—both in Hampton Roads and Kansas City—that contributed to the honor being giving to him.

To celebrate the Super Bowl win, Nnadi paid the adoption fees of all the shelter dogs at one Kansas City shelter. After a few days, the kennels at one of the shelter's facilities were all empty.

Before being honored at City Council, Nnadi also stopped by Ocean Lakes High School to catch up with former coaches, teachers and even spoke with several students.

One of his former teachers even tweeted a video of her giving Nnadi a hug.