Staff at the Virginia Beach Department of Voter Registration and Elections are pulling long shifts to make sure the election process runs as smooth as possible. 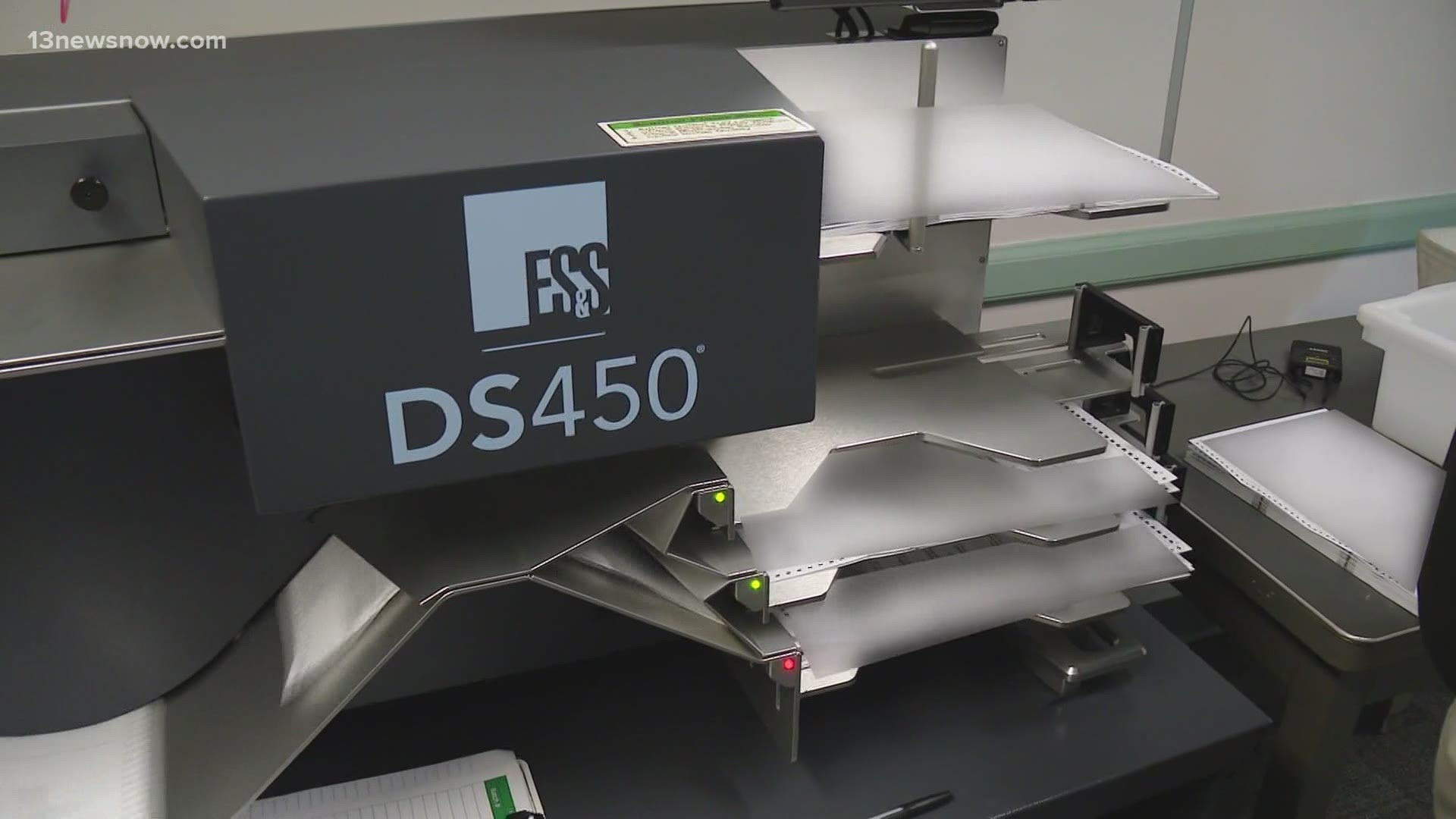 VIRGINIA BEACH, Va. — There are 32 days until Election Day on November 3.

Staff at the Virginia Beach Department of Voter Registration and Elections are pulling long shifts to make sure the election process runs as smoothly as possible.

On Friday morning the first absentee ballot was cast in the City of Virginia Beach. Absentee staff in the Registrar’s Office were going through 4,600 ballots that were ready to process.

They started by unlocking the cabinet with the ballot envelopes and opening the envelopes. Coordinators unfolded the ballots and checked them for signatures. They set aside any ballots without signatures so the voter can be notified that it needs to be fixed.

They also said voters need to make sure there is only one ballot per envelope. They said sometimes members of the same household try to mail their ballots in the same envelope, but that won’t work.

“We would randomly have to pick one according to the law and the other one would have to be into the void,” said Virginia Beach absentee coordinator Laura Kane.

Ballots are counted into bunches of 50 and then it’s time for the vote to be cast.

Each ballot goes into the DS450 to be counted. The machine is locked down after every use. Ballot totals are stored internally until it’s time.

“They will run them [the ballots] two or three times if it takes that, to make sure that the numbers match,” said Electoral board member Tim Burrow.

If the machine has any errors, the votes are counted again. If 100 ballots go in, for example, once the machine is finished counting that batch it should read 100. The machine had two misreads while we were there, but the third time was the charm.

“Anything can cause that to happen,” Burrow said. “If you have a ballot that is turned over on a corner, or someone tries to fold that ballot into sections.”

Staff try to smooth out creases and flatten absentee ballots as much as possible before they go into the machine.

Electoral Board members Jeffery Marks and Tim Burrow said between 75,000 and 100,000 absentee ballots are expected to be counted before November 3.

“In previous presidential elections, we might be lucky to have 10,000 total,” Burrow said.

It’s an election almost two months in the making. Board members said it’s a process you can trust.

“This is enacted by the General Assembly,” Marks said holding the Virginia Election Laws 2020 Edition law book. "We are acting consistent with this, which are the laws for the election this year.”

Both board members said if they waited to start this absentee process until November 3, it would take quite a while. In several states, the preprocessing cannot happen until Election Day.

They say the community should be very proud of the Registrar’s Office.