Social media posts say the unofficial event is this Memorial Day weekend. A spokesperson for the city says they received letters from concerned residents about it. 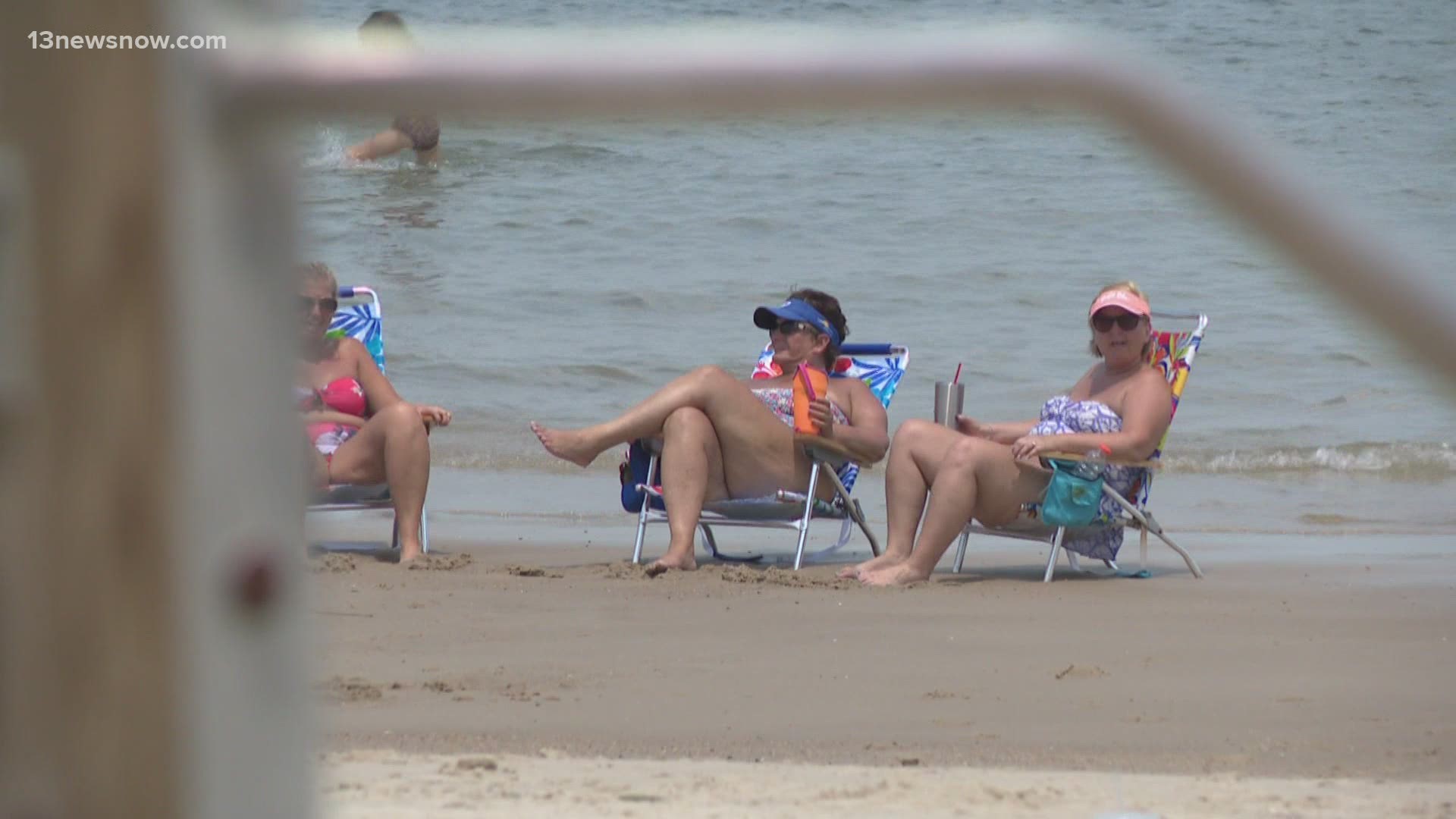 VIRGINIA BEACH, Va. — Residents in Virginia Beach are bracing for the return of "Floatopia."

It’s a big beach party where everyone brings their pool floaties to relax in the Chesapeake Bay.

You may remember back in 2019, hundreds of people hit the beach by the Lesner Bridge and left behind tons of trash, so some people have concerns about the event making a comeback.

Plans for the event are floating around on social media and dozens of people say they’re going.

“I am, actually," Annmarie Jones said. "I have a Poptart float and then I have a unicorn one. My daughter picked out the unicorn.”

It’s not an official event, per se; rather, the details are spreading by word of mouth.

“You’ll have lots of boats and jet skis and floats," Jones said. "It’s a good time for all the locals to get together. I think it’s crazy for someone not to want it.”

The event grabbed headlines for the wrong reasons back in 2019. Beachgoers wound up leaving 10 tons of garbage on the beach for Public Works to clean up.

Police arrested one woman, charging her with getting drunk and leaving her child alone on the sand.

President of the Ocean Park Civic League, Daniel Murphy said many people who live near the beach are not looking forward to it.

“We ended up with literally thousands of people here on the beach," Murphy said. “It isn’t so much the problem of them coming and using the beach, it was a lack of real enforcement of the laws. And it really took a toll on the neighborhood.”

He said in 2019, beachgoers used the bathroom in people’s yards, were openly intoxicated, and some drivers hit parked cars on the way in and out. Murphy said he and some other residents reached out to the mayor asking for increased police presence on the beach.

“We may in fact just be getting trolled by the individuals trying to get a rise out of us. And we’re glad to go ahead and take that as long as we don’t have a repeat of 2019 Floatopia," Murphy said.

“Really, the problems were in the neighborhood with parking, with people urinating in public, drinking in public... there were fights, there was all sorts of stuff, hit and run accidents within the neighborhood. That caused a lot more harm than just the visibility of the trash on the beach.”

But those who plan to meet up for some fun in the sun, see things a little differently.

“Stay in your house and mind your business," Angie Monroe said. "Everybody else that comes out should clean up after themselves so people can enjoy what they want to do each year.”

Monroe said she didn't go last year but she's interested in checking it out.

“Yeah, I would love it! I would absolutely love it. I think that’s a cool thing to do for Virginia Beach," she said.

A spokesperson for the city confirmed they received letters from concerned residents about Floatopia. The city said in a statement, there will be increased police presence along the Chesapeake Bay and at the Oceanfront.

Officers will enforce parking, cleanliness, and any gatherings that get too rowdy. As a reminder: alcohol is prohibited on the beach.

The statement also said there will be port-a-potties and more trash bins on the Bay, and Public Works will increase staffing so they can collect more garbage, quicker.

The City of Virginia Beach said in a statement, they are preparing for an "influx" of people on the beach thanks to a lifting of COVID-19 restrictions and Memorial Day weekend marking the unofficial start of summer.