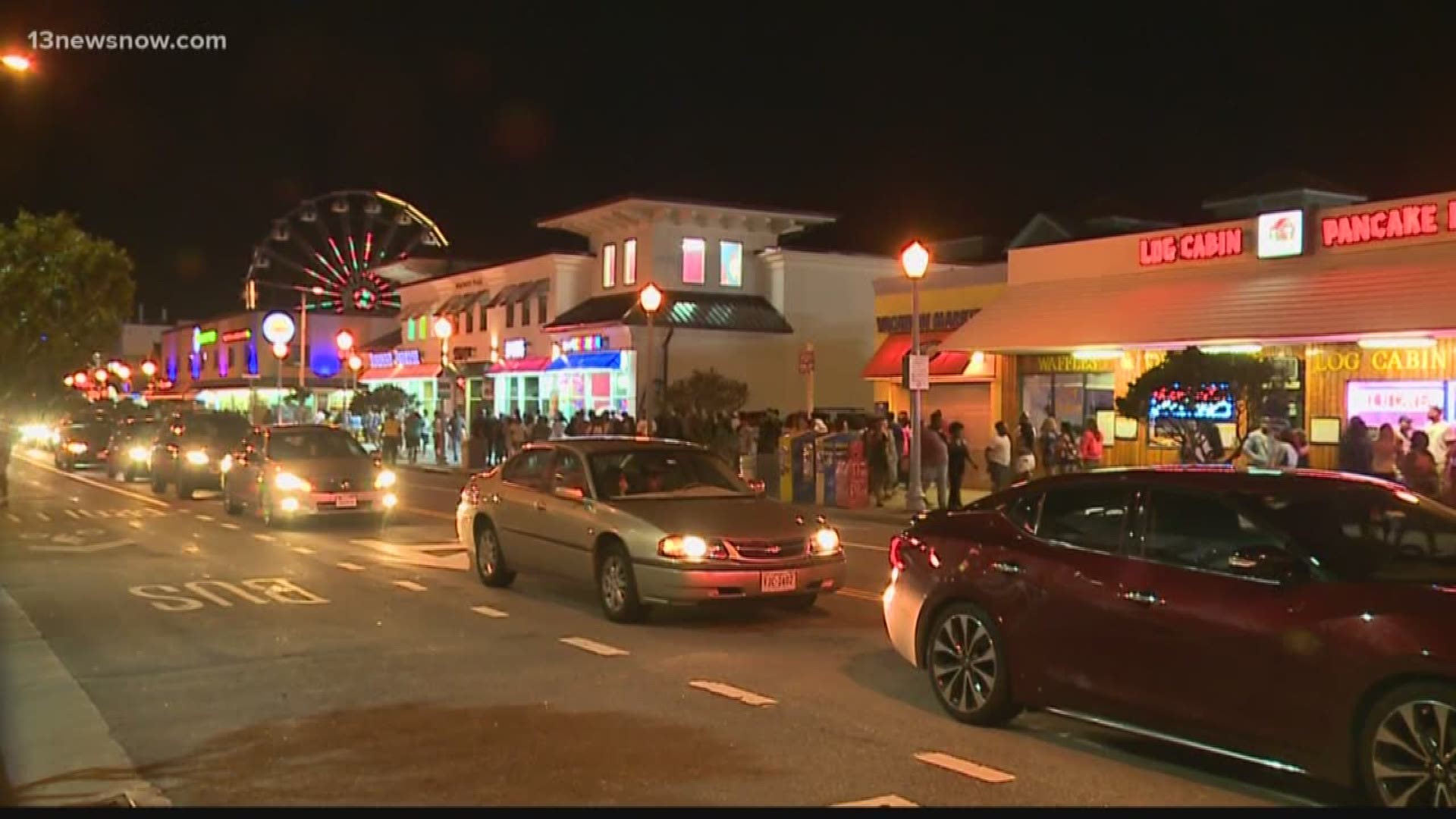 VIRGINIA BEACH, Va. (WVEC) -- College Beach Weekend is over and done with, but some people still hear the echoes of gunshots from the Oceanfront.

On Friday night, one person was hurt after getting shot on 19th Street and Park Avenue.

Police quickly made an arrest in that case, 22-year-old Marcus Eliot Junior from Alexandria.

Then on Saturday night, police said a woman was shot in the neck on 20th Street. No arrests have been made in that case.

Later that night, two people were seriously hurt in a shooting near 19th Street and Pacific Avenue.

J.D. Hakes was closing up shop when that final shooting began.

“All of a sudden people started running in this direction, there was a lot of people running into the store, and trying to get off the sidewalk,” said Hakes.

Jolananda Kyles was running in that crowd.

A man and woman were shot at 19th Street. Police said the woman was taken to the hospital for life-threatening injuries. A short time later people started running down Atlantic yet again

It wasn’t a shooting, but instead a shooting victim. Police said the man who was shot on 19th Street ran for three blocks. Hakes had locked his doors and was headed home when he saw the gunshot victim on 16th Street.

“And we actually encountered a guy who had been shot. I guess he had run in that direction, so there were a lot of police in that area,” said Hakes.

Tobias Andrews says this is why he went back to his hotel room early with friends.

“Because with a large group of people, something’s bound to happen. And because where we go to school, whenever there’s like a big event, there’s shootings, so we’re like, 'Let's head out early. Get back before anything can happen so we can be safe,'” said Andrews.

Police said that both of those people shot have serious injuries, and as of Saturday night, police detained a suspect in this ongoing investigation.

In addition to the 4 people shot, at least 25 people were arrested, and multiple people were caught with public drunkenness according to the most recent police statistics.

The Virginia Beach Police spokeswoman told us they are still compiling the final number of crimes from over the weekend.

However, there were fewer people here this year, compared to last year.

People we spoke with along the Oceanfront told us they are impressed by the police presence, even with a smaller crowd.

“We know we heard shootings. We had people running inside our store to protect themselves from shootings. But even then it’s still feel safe,” said OMG Everything business owner Hugo Fonseca.

He said at, “midnight you know you saw like a sea of people just walking up and down.”

Fonseca said staying open for College Beach Weekend though brought money into his business but drove away families for the weekend.

So he and many others met suggested to us that students need an organized event to participate in during the annual oceanfront visit.

“Get music. Everybody loves music and they really didn’t have anything like that around here maybe do like a beach concert, “ said Rodola.

Students tell us they also think any event would help cut down on crime.

Old Dominion University Senior, Sera Richards said: “definitely should have something because I know it happens another weekend that I happens.”