Kahiau's Bakery and Cafe is an all-vegan restaurant catering to people of all dietary restrictions and allergies. 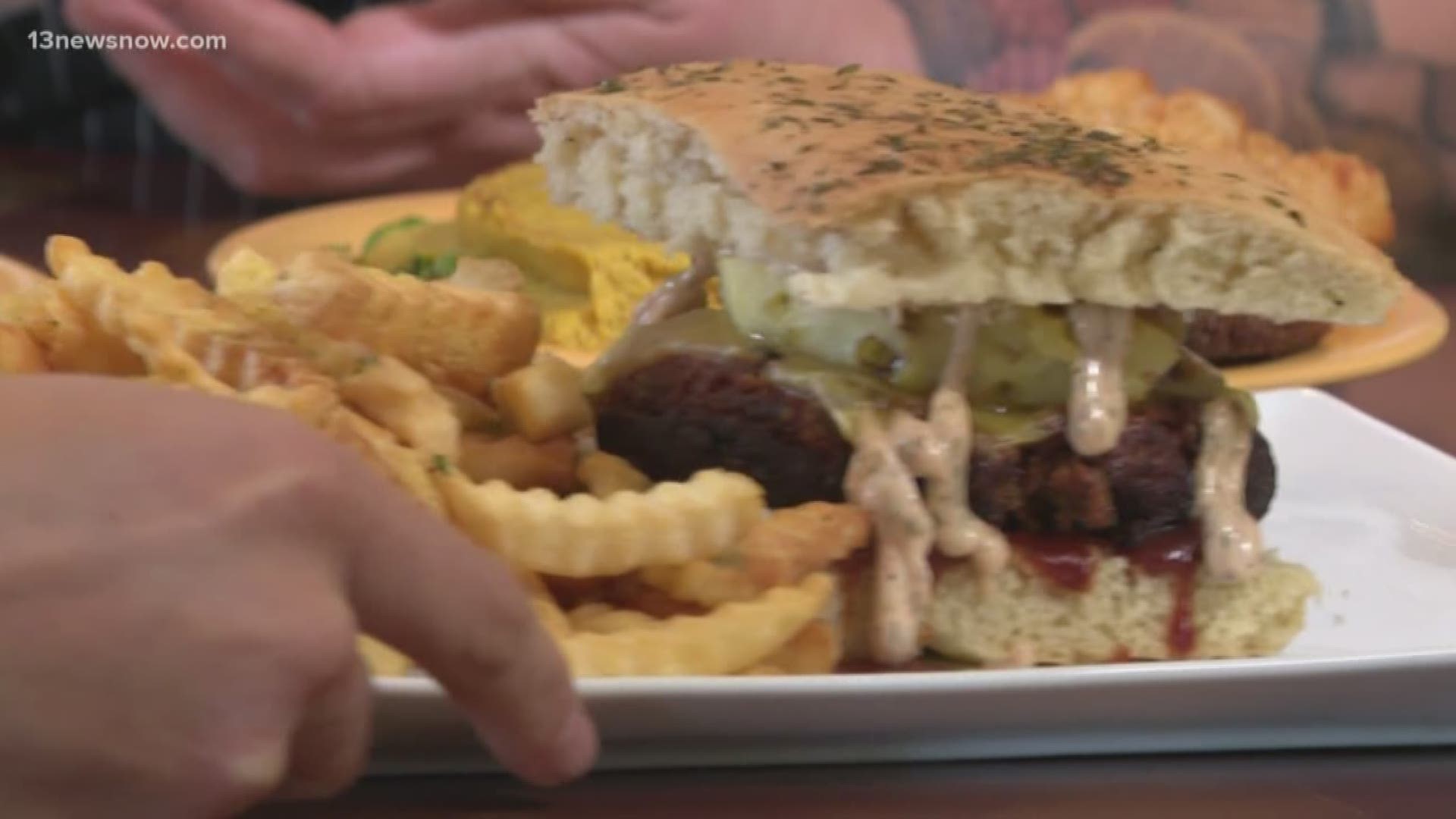 VIRGINIA BEACH, Va. — Kahiau's Bakery and Cafe celebrated its 2-year anniversary and is now into its third year of business.

Kahiau, pronounced KA-HE-OW, is a Hawaiian word meaning to give generously from the heart—and that is an important part of the restaurant's mission.

Owner Vicki Sgro tells us that everything she creates in her cafe is made with love.

The rotating menu of this Virginia Beach restaurant features comfort food such as chili and pizza, healthy options such as broccoli salads, and plenty of baked good ranging from cupcakes to donuts.

Their burger recently got national attention after being named one of the top ten veggie burgers in the nation by PETA and is a recipe that Sgro developed herself from mushrooms and pea protein.

Almost all of the items offered at Kahiau's are made from scratch and most are organic. The menu changes daily because all items are cooked in small batches to ensure freshness and to allow customers to try different things each time they visit.

Kahiau's is a completely vegan bakery and cafe although most of their customers are not vegan. Sgro says that many of her customers tell her that her signature dishes, such as her vegan mac and cheese, are actually better than the nonvegan version.

Kahiau's also offers something for just about every dietary restriction, allergy, or preference you can think of from raw vegan options to oil-free, gluten-free, nut-free, and soy-free. She says that there are a lot of people out there who are afraid to try vegan food, but she urges you to give it a shot. She'll even let you come in and sample any food item you want before committing to a purchase!

To find more information on Kahiau's Bakery and Cafe, visit their website.