A 1,600-pound shark named Miss Costa is paying a summer visit to the waters off Hampton Roads! A ping occurs and is charted when a shark's dorsal fin breaks the surface of the water. 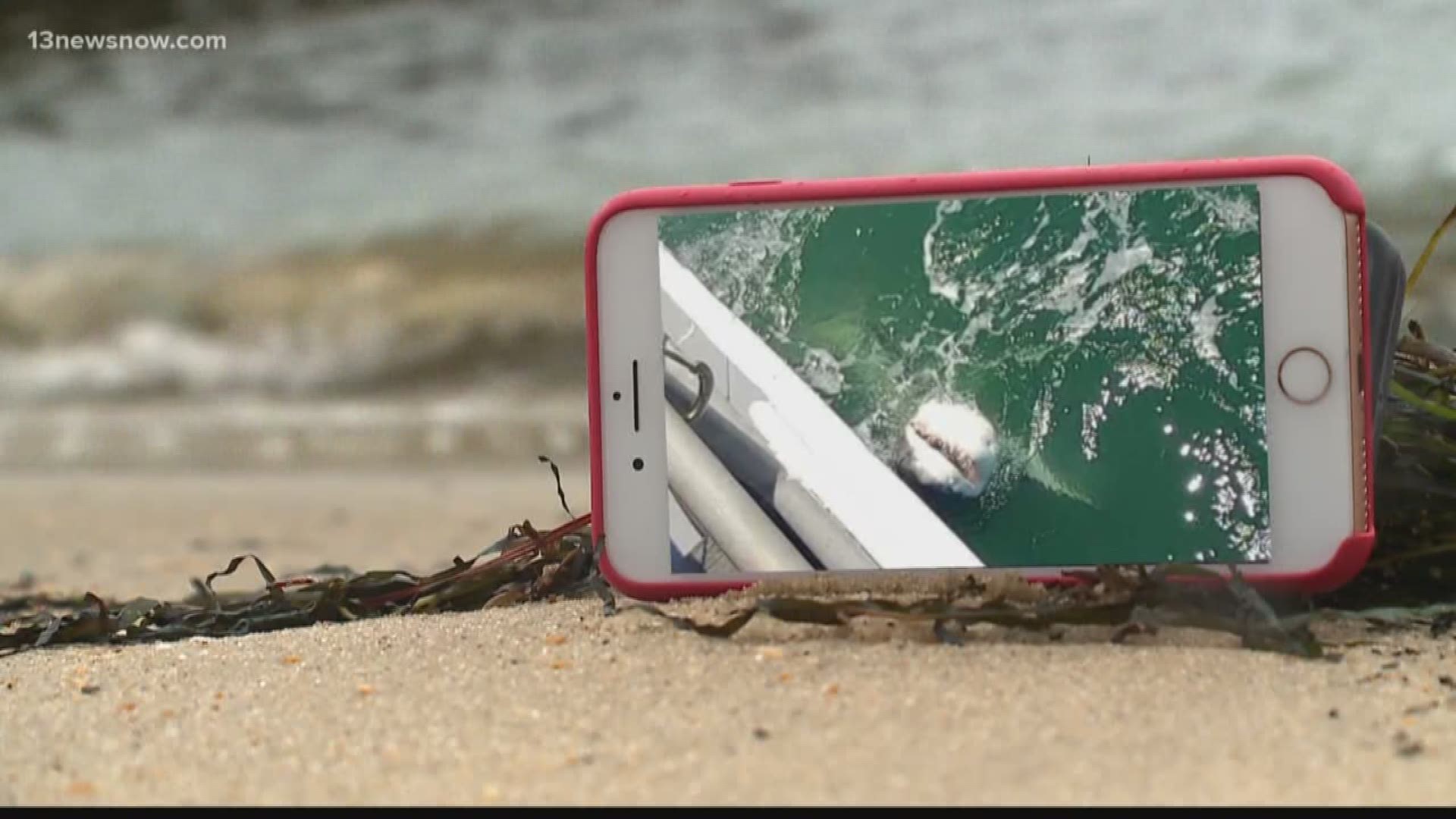 The female shark, named Miss Costa, was tagged in 2016 by shark research organization Ocearch. Miss Costa pinged her location Wednesday night about 100 miles east of Virginia Beach. The shark pinged again Thursday morning just after 9 a.m. about 61 miles northeast, not far from the coast of the Virginia Eastern Shore.

A ping occurs and is charted when a shark's dorsal fin breaks the surface of the water. The ping sends information about the location to a satellite.

According to the Ocearch website, Miss Costa is 12 feet, 5 inches long and weighs 1,668 pounds. She is described to be a "sub-adult." And like Ocearch's other sharks, Miss Costa has a social media presence, including her very own Twitter page.

Based on her recent movements, Ocearch is working to determine if Miss Costa might be pregnant. When she was tagged, scientists did not think she was of proper age to begin mating. However, recent tracking might suggest otherwise.

"If she does not return to Cape Cod [a documented great white mating ground] she is probably pregnant," Ocearch founder Chris Fisher recently said. "We are starting to think she is pregnant. If she goes back to the Cape she is probably going to mate, but if she doesn’t, she’s pregnant and we are hoping she can show us where she will be gestating and having those babies."

Is @MissCostaShark pregnant? Her movements a few weeks ago suggested she is. Now we’re waiting anxiously for another ping to give us another clue. pic.twitter.com/ptm1mZ38ox

Another shark known to frequent our waters, Hilton, is currently hanging out up north in Nova Scotia.

Ocearch is an organization dedicated to the telemetry, conservation, and study of keystone marine species. To track Miss Costa, click HERE.

1 / 25
ANNA ZIEMINSKI, AFP/Getty Images
GANSBAAI, SOUTH AFRICA: An undated file photograph of a Great White Shark swimming off Gansbaai, about 180 kms from Cape Town. Following a great white attack on a young surfer last week off Muizenburg, tour operators are accused of making the waters dangerous by 'chumming' where the operators throw a mixture of fish blood and oil into the water to attract the great whites. AFP PHOTO/THEO FERREIRA/SHARKAHOLIC (Photo credit should read ANNA ZIEMINSKI/AFP/Getty Images)

Delmarva Now contributed to this report