Greekfest 1989: Looking back at riots that made Virginia Beach look at itself, look ahead

September 3 marks 30 years since riots and chaos broke out at Greekfest at the Virginia Beach Oceanfront. 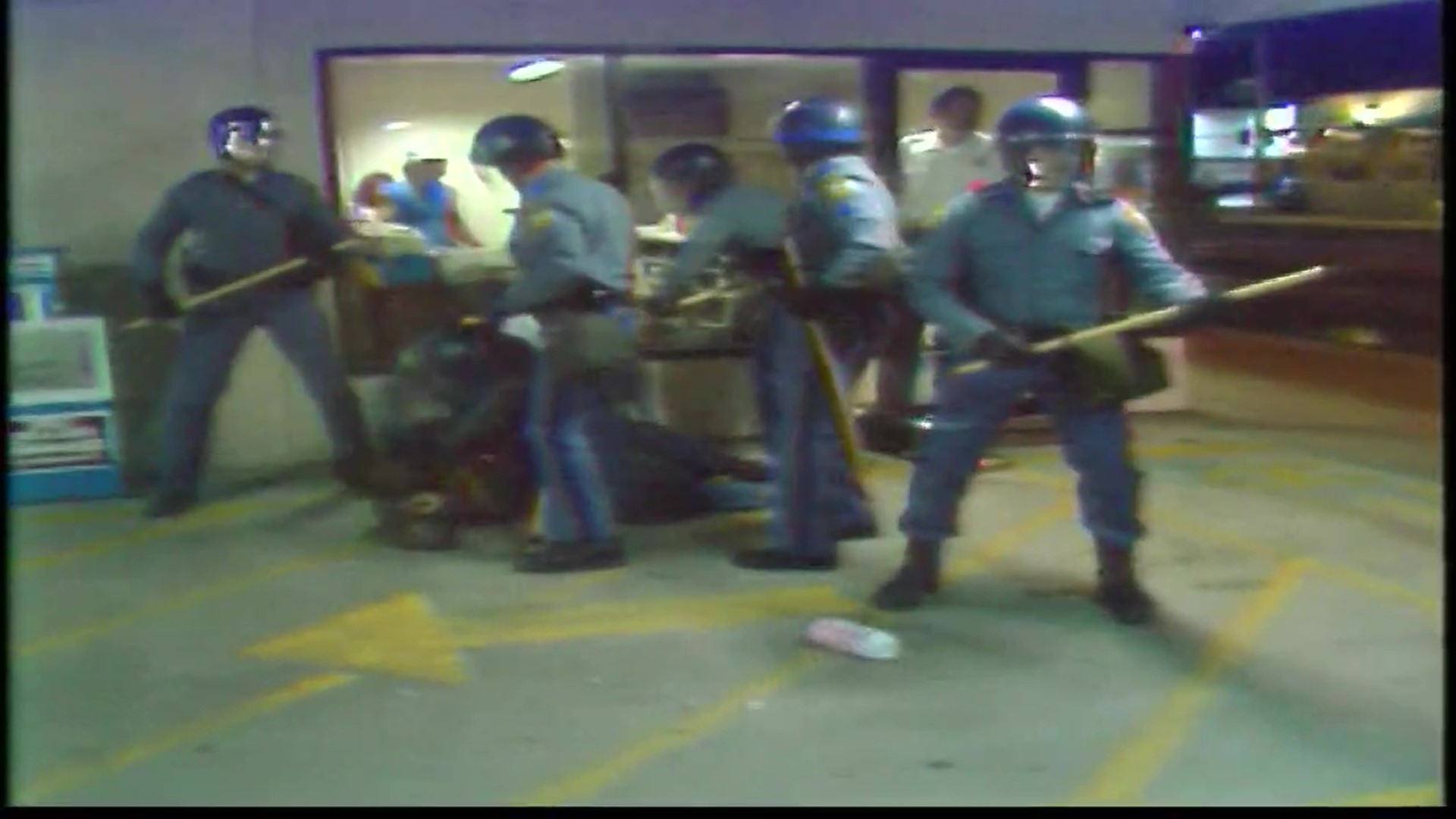 It wasn't a race riot, but race was a major factor Labor Day Weekend 1989 when chaos broke out at Greekfest at the Oceanfront.

Nearly 28 years later, many view Greekfest 1989 as a turning point in the history of the Resort City.

Chyance Mattison, who is now 49 years old, still has nightmares about what happened to him and thousands of other college-age people who were on the Strip.

"I will never forget, because I still dream about it sometimes...That's how bad it was," said Mattison.

The Hampton Roads native had recently been discharged from the Army and was about to enter community college. He was excited about sampling the civilian scene.

Young people, including members of Greek fraternities and sororities, checked into hotels at the Oceanfront. Mattison said he could not have picked a better place to see and to be seen.

"Nice cars, and everybody wearing their best clothes, girls in bikinis," recalled Mattison. "It was a young adult's heaven."

Credit: Chyance Mattison
An enjoyable afternoon for Chyance Mattison and others at the Oceanfront on Labor Day Weekend in 1989. Hours later, rioting began while Greekfest was taking place.

In a matter of hours, heaven turned into hell.

There wasn't a single cause for what happened. An aggressive police department and racial unrest in other parts of the country contributed to the situation.

Virginia Beach Police Chief Jim Cervera was a sergeant who was on duty when young people and police clashed.

"Public Enemy with their song Fight the Power...when you are on Atlantic Avenue, and the kids were chanting 'Fight the power,' it turned into 'Fight the police," said Cervera.

Mattison was on the south end of the Strip Saturday night of Labor Day Weekend 1989 when he noticed flashing emergency lights in the distance and what appeared to be a large gathering. As he approached 20th Street, he saw what he describes as a full-scale riot. Mounted police patrols added to the fear and chaos.

"I'd never seen a horse running; I had seen police on horseback before, but I had never seen them running. They were actually galloping up the street, getting up in the crowd people, and started panicking," said Mattison.

The former soldier, who had spent time in Honduras and Nicaragua, was terrified as police officers used force to clear the streets. Mattison said many young women attempted to defend young men, also ending up on the wrong side of police batons.

"You had to see it with your eyes...Our sisters were getting knocked around and pushed around like they were nobody. They treated us like animals that day. They did not ask any questions, and everybody was treated exactly the same," Mattison told 13News Now.

Even members of the news media, including 13News Now's Mike Gooding and the photographer who was with him, were pushed around by police.

"At the time when we threw the light on, the light glared into the police officer's eye, and they didn't like that," Gooding remembered. "They requested that we turn the light off, and we immediately did, but then they kept hassling us unnecessarily."

In the on-camera portion of his story, Gooding described the scene: "Police -- hundreds of them -- fanned out on Atlantic Avenue and tried to rid the streets of troublemakers and reporters."

An ugly scene got even uglier when National Guard members were called in to help with traffic control just before sunrise Sunday morning.

The images that were broadcast across the country included the searing images of troops in full riot gear in a wedge formation on Atlantic Avenue with young blacks in the background.

Months later, then-mayor Meyera Oberndorf said calling out the National Guard to confront college students and other young people was a mistake and that mistake could never happen again.

Current mayor Will Sessoms was a relatively new member of Virginia Beach City Council when the rioting took place.

"It was just one of those things where I was overwhelmed. I did not have any idea that we were going to have a riot in the city of Virginia Beach, and I had just been elected to city council in 1988," said Sessoms.

A city-appointed commission investigated the Greekfest incident and concluded that there was an absence of leadership, city leaders underestimated the magnitude of Labor Day 1989 and the potential impact of racial tensions nationally until it was too late, and there were failures in communication.

The commission also determined many of the people whom surveillance cameras caught looting and vandalizing businesses appeared to be younger than college-age visitors.

The panel determined that locals mixed with visitors, in fact, to take advantage of the chaotic two days the rioting lasted in order to damage businesses and steal from them. A few college students were involved in those criminal activities, taunted police, and threw objects at officers.

The commission concluded in its 21-page report that police mistakenly arrested visitors and officers used inappropriate force and abusive language.

As part of the report, the commission stated: "Labor Day 1990 may well represent the most serious and far-reaching challenge yet faced by the City of Virginia Beach."

City leaders created a plan to restore and improve the Beach's image.

Police met with leaders in the black community and leaders at the nation's Historically Black Colleges and Universities. City leaders visited other beach towns to get advice on how to handle young crowds, and police officers were re-trained on how to interact with youth.

Decades after those efforts, the city and police continue to improve all interactions, regardless of the event.

"Our philosophy today is we ask, and we don't demand. We request and we don't make, and we learned what we call the 'slow dance' in getting a large number of people to do basically what police want them to do without making it a confrontational situation," explained Cervera.

Police put traffic controls in place along Atlantic Avenue and fine-tuned ways to isolate trouble spots along the strip.

"The officers are trained much differently today on how to look at a situation and say, 'How can I fix this without having to go to arrest procedures, or if we do, how do I make a surgical arrest, arresting one person and leaving the rest alone?" said Cervera.

The business community also stepped in to help fund activities for holiday weekends.

"Immediately thereafter, we appointed Dr. Harrison Wilson from Norfolk State and attorney Andrew Fine to form a task force to make sure we don't have this issue ever reoccur," Sessoms told 13News Now. "They went out and raised money for the entertainment...They called it Laborfest, and frankly, this is how the American Music Festival came to be."

The city later formed Beach Street USA which hosts several festivals and other attractions every year for the Oceanfront and Town Center of Virginia Beach.

Sessoms said Greekfest was a lesson learned on how to operate an Oceanfront resort area. Tourism in Virginia Beach is a $1.4 billion industry that generates $122 million in state and local tax revenue each year.

"We had an event that nobody is proud of, but I also applaud a city that says, 'Okay, this was not good. We don't want this to happen again, and how do we learn from it?" said current Mayor Will Sessoms.

As Virginia Beach learned from the painful episode in its history, Mattison learned to come to terms with the violence he witnessed.

After vowing never to return to the Beach, he once again calls it home. The defense contractor and his wife are raising four children in the Glenwood section of the city, and the children are thriving in Virginia Beach City Public Schools.

Mattison, an avid runner, is part of a group that runs regularly at the Oceanfront. His post-run recovery often takes him to the beach, one of his favorite spots in the region now.

"After we run, right there at the Neptune Park you get to hang out listen to the music," shared Mattison. "I love everything they have done. It is a great place to visit. We have a great time down there."