Head of Virginia Beach Education Association tells voters not to be misled by signs, 'sham'

The signs seemed to be from a teachers group and endorsed candidates. The group behind them formed recently. A school board member is listed as its founder. 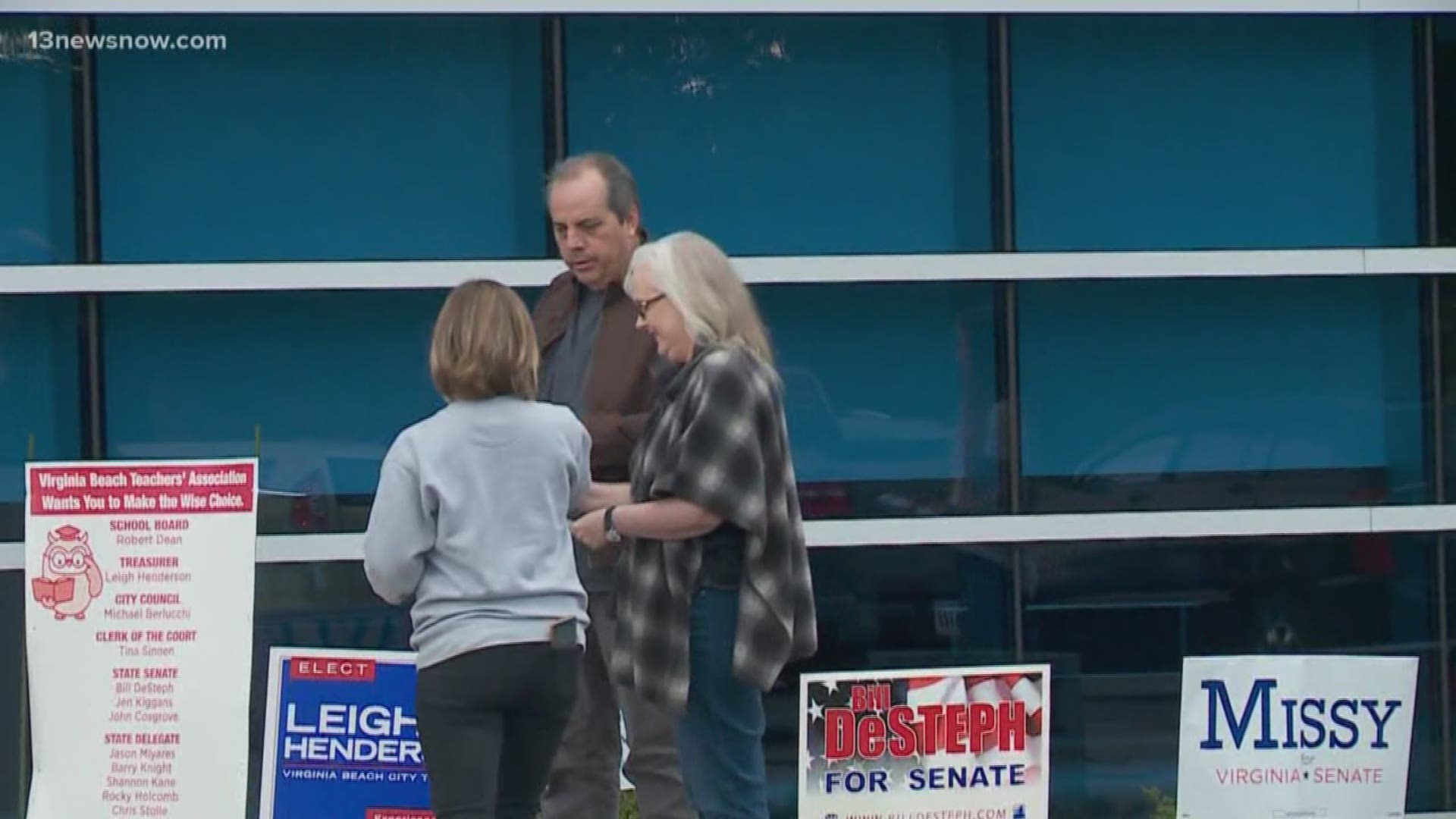 VIRGINIA BEACH, Va. — The president of the Virginia Beach Education Association (VBEA) told people who headed to the polls Tuesday not to be fooled by signs that were at their voting locations.

The signs were from the Virginia Beach Teachers' Association, and the signs had a list of candidates the group endorsed in several races in Virginia Beach.

VBEA President Kelly Walker said that voters "should not be misled by this sham."

13News Now reached out to Hughes and spoke to her on the telephone. She agreed to meet for an interview, but later said she wasn't able to meet in person.

Hughes said that VBTA has fewer than 50 members and that some of those people are, in fact, teachers. She said that the push for this election is the first public action that VBTA has taken.

Hughes told 13News Now since its founding, the group has met weekly. Membership dues are $200 per person, and Hughes said that the dues paid for the entire cost of the signs. She said that a VBTA website was on the way.

Fellow school board member Victoria Manning was passing out flyers for the VBTA. She told 13News Now she was "not involved" with it and was distributing flyers because she agreed with the endorsements.

“It’s not sham. It’s a legitimate organization," Manning said. "I don’t know how it could be misleading. It has proper disclaimers, and we’ve even checked with the Department of Elections, and they said everything is legitimate and nothing is being done wrong here.”

Jim Livingston, President of the Virginia Education Association, seemed to disagree with Manning's assessment when he spoke to 13News Now.

It should be noted that while the VBEA says its mission is "to advocate for education professionals and to unite our members to fulfill the promise of public education and to prepare every student to succeed in a diverse and interdependent world," its endorsements and recommendations don't necessarily represent all teachers' opinions.