House fire in Virginia Beach seen from miles away

A home on Goolagong Drive in Virginia Beach caught fire for the second time in a year. The fire was so large, people who were miles away could see the smoke from it. 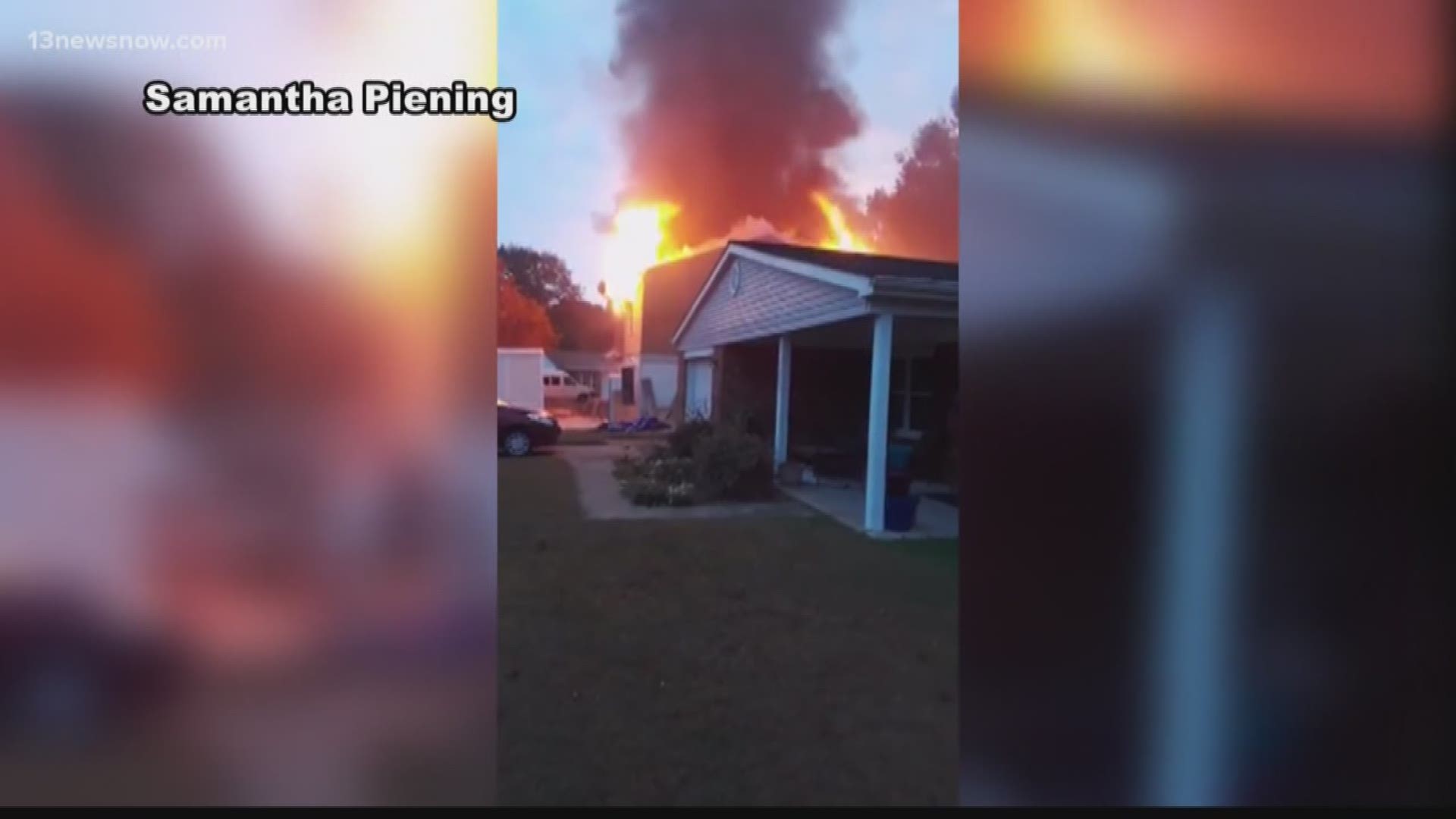 VIRGINIA BEACH, Va. (WVEC) — For the second time in one year, a home on Goolagong Drive caught fire.

A family of five had to find a new place to stay last time. This time, the neighbors thought they'd would have to leave and now the Virginia Beach Fire Department is investigating the cause of the fire.

Fire crews arrived five minutes later and had the fire under control in about twenty minutes.

The flames and smoke were so high, people could see it from Norfolk.

"Something like that does put off a lot of smoke,” said Kohn.

He said luckily the home owners were gone during the fire. The house was empty for renovations.

“We're just lucky that as big as it was, there was only minor damage the houses on either side of it,” said Kohn.

Samantha Piening agrees. She lives next door to the home.

Piening told 13News Now the melting on the side of her house could’ve been much worse.

Even though it’s minor damage, she said this latest fire feels like déjà vu.

"So, the neighbor’s house exploded when we were in the middle of a contract of buying our house, almost a year ago. So, the first reaction I had was ‘oh my god it's going to explode,’” said Piening.

This worried neighbor said she is the one that called the fire in, after she was awoken by the sound of a person honking the horn on their van.

"They were honking really loud. This is going to wake the whole neighborhood up,” said Piening.

Then she said "all I saw was this big orange burst.”

"It was really hot," Piening said.