The session comes a week after shootings in El Paso and Dayton and just months after the shooting at the Virginia Beach Municipal Center. 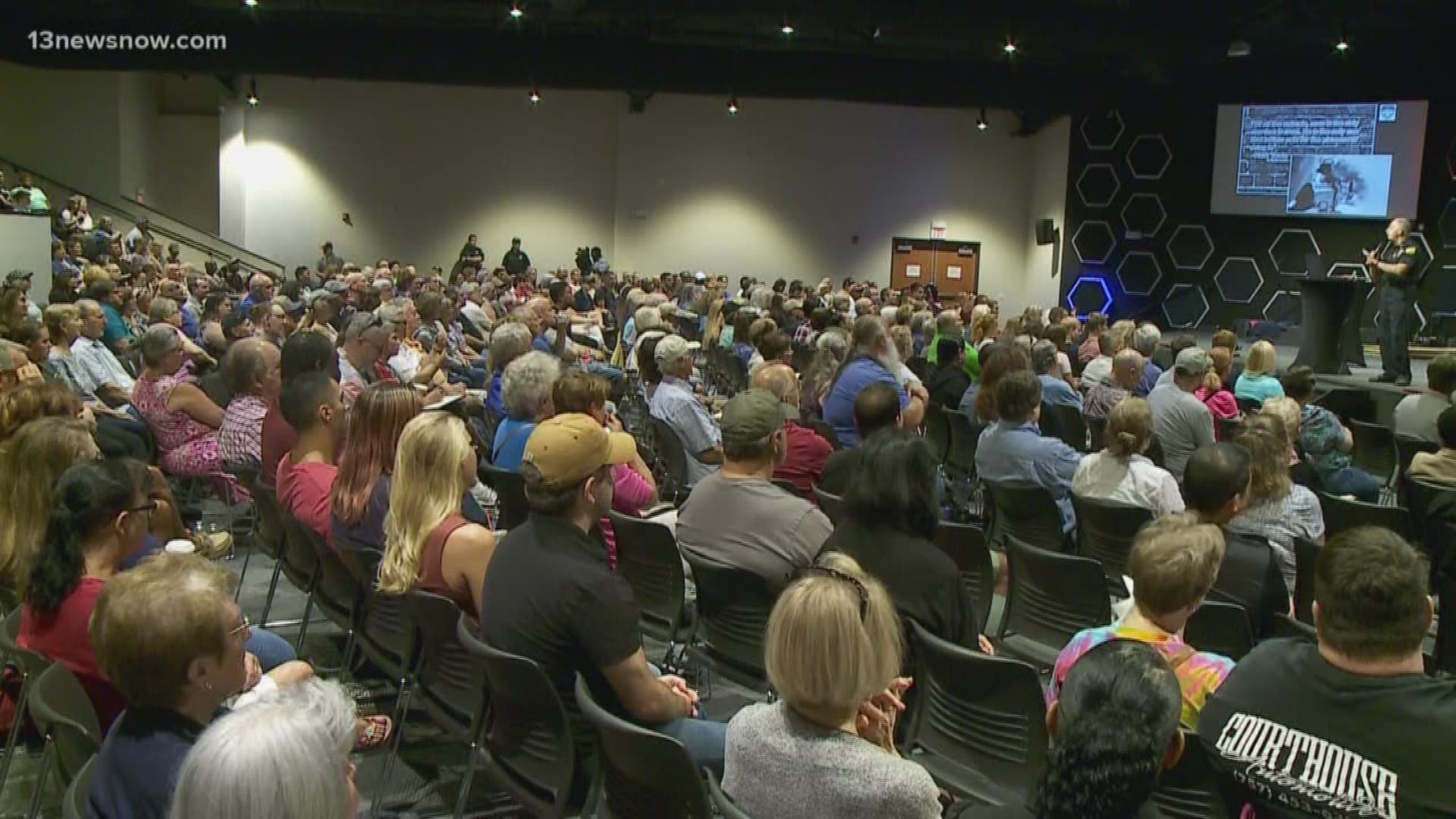 It's called the Active Threat Citizen Defense Workshop. It was hosted by the Virginia Beach Police Department.

Garvin attended the workshop with his co-workers. He said he works at a local university and attends church regularly, and wants to be prepared just in case something happens.

And just months after the May 31 shooting at the Virginia Beach municipal center.

Master Police Officer David Nieves led the workshop. He said the goal is to help people prepare for the worst.

“It’s always on my mind," Nieves said. "People think because it happened here now it just got real, but it’s been real for quite a long time.”

He and his team taught attendees how to respond if confronted with an active shooter.

“We teach them how to fight, how to run, how to hide, objects they can use to defend themselves,” Nieves said.

“We can’t be there all the time, we wish we could… We want to make sure they are prepared to defend themselves until we can get there.”

This is the fifth year the police department has hosted the training.