Virginia State Police said eight motorcycles were speeding on Interstate 264, weaving in and out of traffic when a crash occurred Saturday evening. 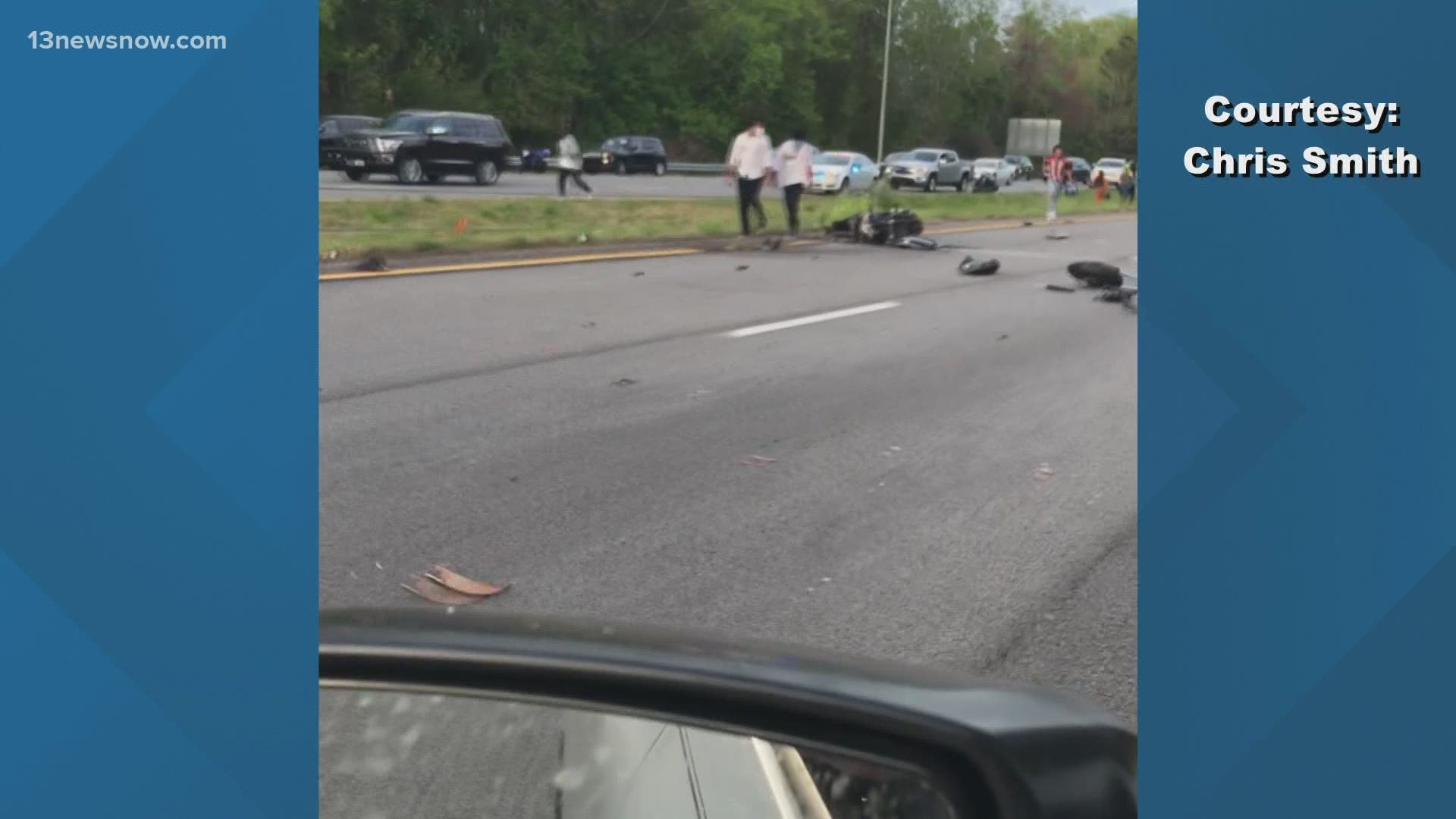 Virginia State Police said it responded on Saturday, April 17 to a crash involving several motorcycles and a car. There were eight motorcycles driving extremely fast, heading east on I-264 when the collision occurred.

Officers said the motorcycles were weaving in and out of traffic when the incident happened. According to police, 21-year-old Enoch Sutton was driving a white Suzuki when he ran into the back of a 2016 Mercedes sedan.

Then, Kurtis Brown, 25, driving a black/orange Kawasaki motorcycle lost control and laid down his bike.

Two others, Keith Vaughn, 25, driver of a blue Yamaha motorcycle and Sidney Villarreal, 23, driver of a purple Kawasaki crashed into one another.

This is when Vaughn lost control of his bike and ran off the road and hit a steel cable. Villarreal's bike ended up running over Brown's bike (black/orange).

Police said the three men who crashed on the bikes were rushed to Virginia Beach General Hospital and are suffering life-threatening injuries.

Villarreal was also taken to the hospital and she is expected to be okay. The driver of the Mercedes was not hurt in the crash.

State police said they recovered three handguns, marijuana and a large amount of cash from the scene of the crash. VSP is helping in the investigation and said charges are pending at this time.