VIRGINIA BEACH, Va. (WVEC) -- A jury has found Justin Cornell guilty in the May 2015 murder of 43-year-old Brianna Armstrong. 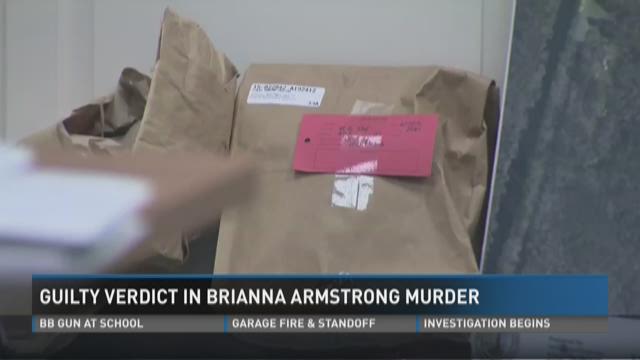 VIRGINIA BEACH, Va. (WVEC) -- A jury has found Justin Cornell guilty in the May 2015 murder of 43-year-old Brianna Armstrong.

Cornell was charged with second degree murder in Armstrong's death. Authorities say the two worked together at a spa when Armstrong went missing in May of 2015. Her car was found in a shopping center parking lot next to Cornell's apartment complex six days after she was reported missing.

Armstrong's remains were found in the Great Dismal Swamp on May 31 of that year.

It was revealed in court Friday that police found a Google map of the Great Dismal Swamp on Cornell's phone the day Armstrong's remains were found. Also found, was a small amount of Armstrong's blood on the carpet in Cornell's home, along with the same trash bags used to dump her body.

In closing arguments, the prosecution urged the jury to find Cornell guilty, asking "How many coincidences do you need?"

The defense called the case ridiculous and said coincidence was not enough to prove murder and asked the jury for an acquittal.

The court is now preparing for sentencing. The jury has recommended the maximum 40-year prison sentence.