How much are you willing to pay to stay at the Virginia Beach Oceanfront during Something in the Water? Try upwards of thousands of dollars, per night. 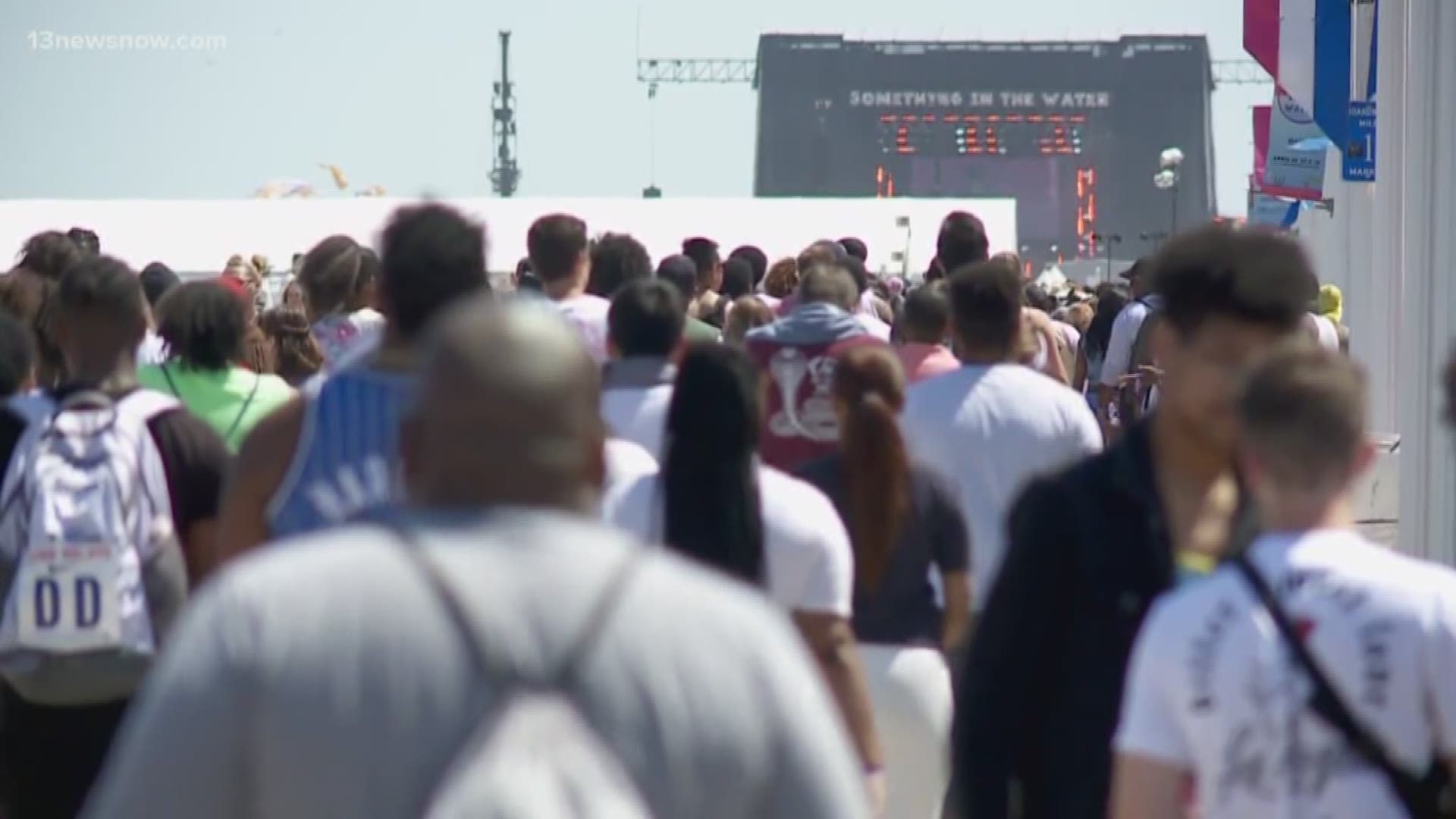 VIRGINIA BEACH, Va. — Some locals are calling it ridiculous price-gouging as hotels on the boardwalk in Virginia Beach charge hundreds to thousands of dollars a night for rooms during April’s Something in the Water music festival.

Stephany Powers and Debra Corbin said they had a blast at this year‘s festival. So, they were among the masses who snagged presale tickets for 2020 on the 19th of this month.

When the two went to go book a hotel room at the Oceanfront, however, they were stunned.

Powers said despite being local, it just made sense to stay as closest possible to the event in Virginia Beach for convenience.

“Once we parked, we didn’t have to drive anymore. We did mostly walking during the event,” Powers said.

But it may not be as convenient for her budget next year, given the rates she’s found so far.

13News Now did some poking around, both online and by calling hotels.

On major travel websites, a few hotels listed their prices in the upper hundreds to thousands of dollars a night.

Most of the hotels on the boardwalk claim to be sold out, though. And while that may be true for some, a few told us they are not actually out of rooms. Rather, they have not yet made those days available to book.

“We just don’t want to be taken advantage of. And at this point, that’s what they’re doing,” she said.

Airbnb rentals were also quite high for that time frame.

We reached out to the City of Virginia Beach, looking for comment. A spokesperson told us it has no control over hotel room prices. The state regulates this industry, but even the state cannot control prices except in times of emergency.

For now, it’s looking like Powers and Corbin will be making the trek back and forth to attend the festival this coming year.

RELATED: City leaders already preparing for 'Something in the Water' 2020 festival