Malik Kearney, 25, is accused of hitting an officer while police were working a few shooting scenes at the Oceanfront. 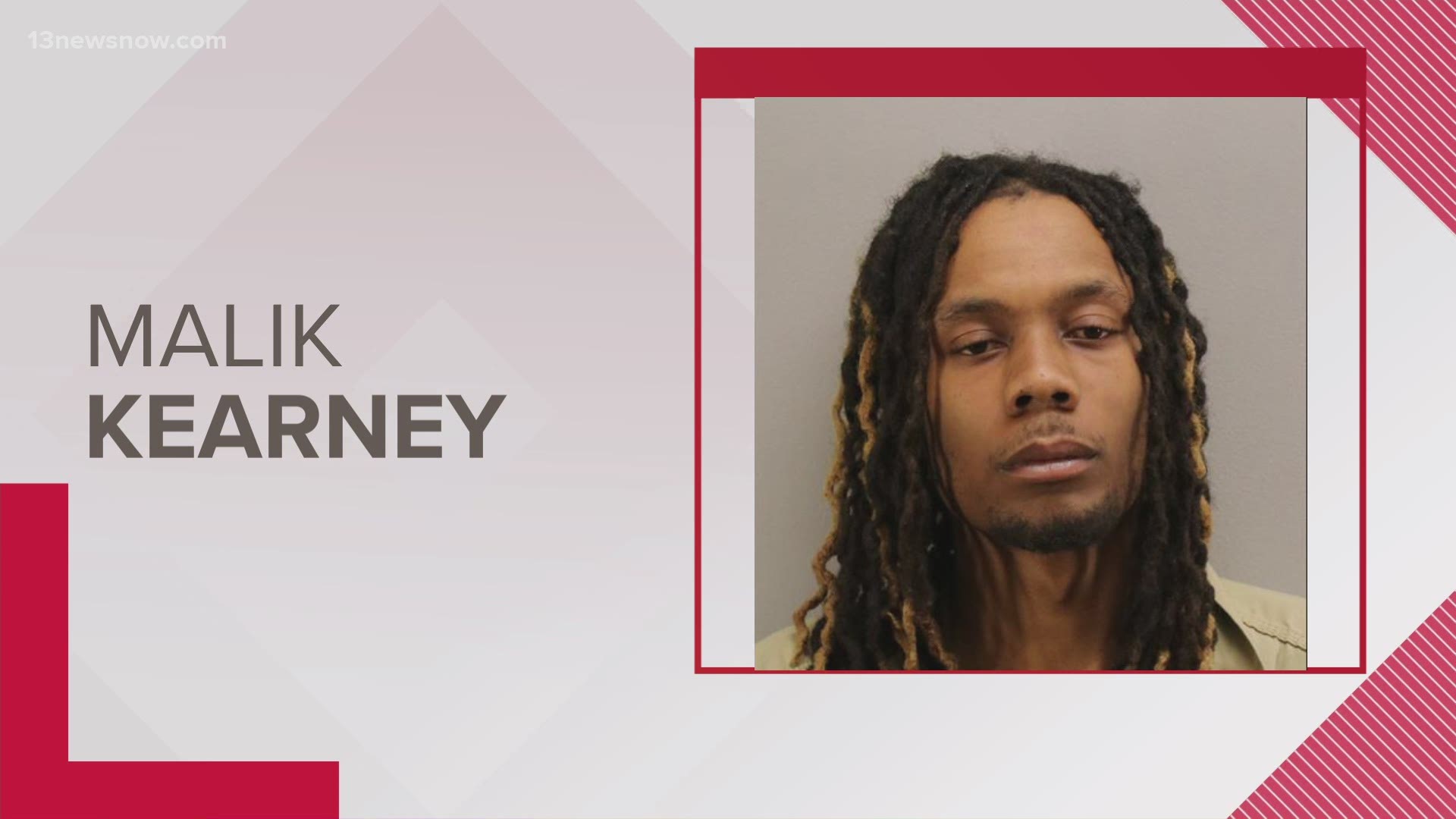 VIRGINIA BEACH, Va. — Police arrested the man who is accused of hitting a police officer with a car while the officer and many others from the Virginia Beach Police Department were at the locations of shootings at the Oceanfront Friday into Saturday.

Malik Kearney was in the Virginia Beach Correctional Center Monday.

The incident, which Police Chief Paul Neudigate mentioned in a news conference Saturday morning, happened roughly at the same time as three shootings at the Oceanfront. Neudigate described the injuries of the officer who was hit by the car which Kearney is accused as "bumps and scrapes." The officer was treated and released from the hospital.

Kearney is being held without bond.

CONFIRMED: Malik Kearney is accused hitting a Virginia Beach police officer on Friday night with a car. He is in jail without bond, arrested for DUI and Hit and Run. #13NewsNow pic.twitter.com/78FJaOpUZx