Hans Alejandro Huitz of Virginia Beach was wanted for a homicide in Montgomery County, Maryland that took place in 1992. 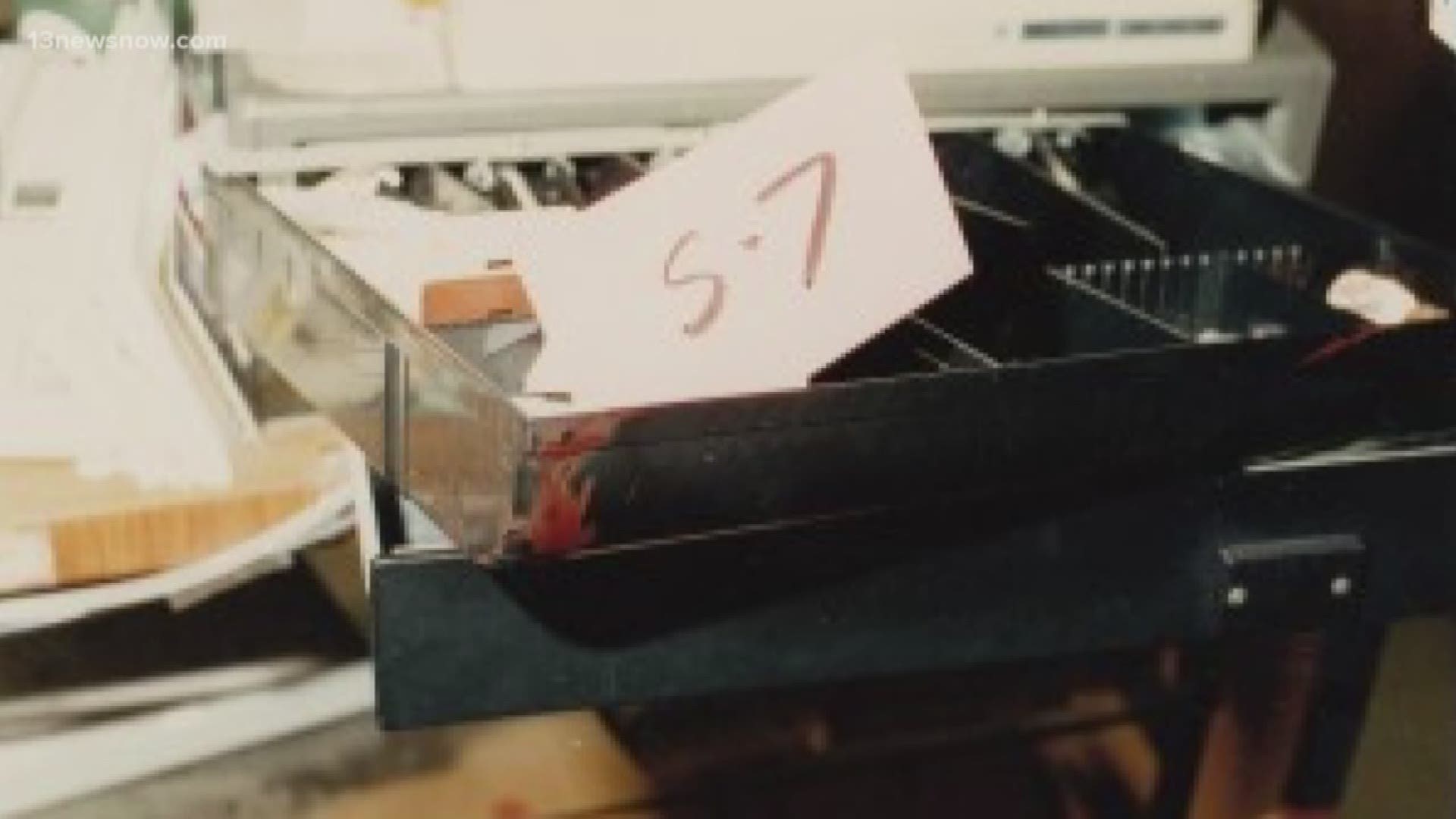 VIRGINIA BEACH, Va. — Police have identified the fugitive who was shot and killed by out-of-state law enforcement on Wednesday morning in Virginia Beach.

Hans Alejandro Huitz, 51, of Virginia Beach was shot during a fugitive task force operation carried out by U.S. Marshals and officers with the Montgomery County, Maryland, Police Department.

According to Virginia Beach Police, Montgomery County officers confronted Huitz while he was in his vehicle in the 900 block of Maitland Drive shortly after 6:30 a.m. Wednesday.

Authorities said police were negotiating his surrender when Huitz reportedly pulled out a gun. In response, officers shot and killed him.

Essel, who owned and operated the store, had been stabbed 29 times.

There was blood evidence from another person found at the scene, suggesting Essel fought or his life.

In 2017, detectives were able to gather additional information regarding the suspect using the latest in DNA analysis and investigative techniques. Two composite sketches -- one from 1992 and one current day -- were released to the public.

At the end of January 2020, Huitz was identified as a possible suspect. It's unclear what led officers to him.

MCP said they had been "following various leads and information obtained during this homicide investigation."

On Monday, Feb. 10, cold case detectives obtained a search-and-seizure warrant to obtain a DNA swab from Huitz. The following day, they got the sample they needed from Huitz and matched it to the blood evidence from the scene.

On Wednesday, the day of the shooting, officers moved in to arrest Huitz on a warrant for charges of first-degree murder, felony murder, and robbery with a dangerous weapon.

This timeline provided by police means Huitz was aware that officers were looking into him when the shooting occurred.

The detectives involved will be placed on administrative leave, which is standard protocol for officer-involved shootings, Montgomery County police officials said.