Virginia State Police talks about man who pulled gun, shot himself during encounter with troopers

Police said the man took out a gun when troopers tried to take him into custody in Virginia Beach. He started shooting. A bullet hit him, and he died at the scene. 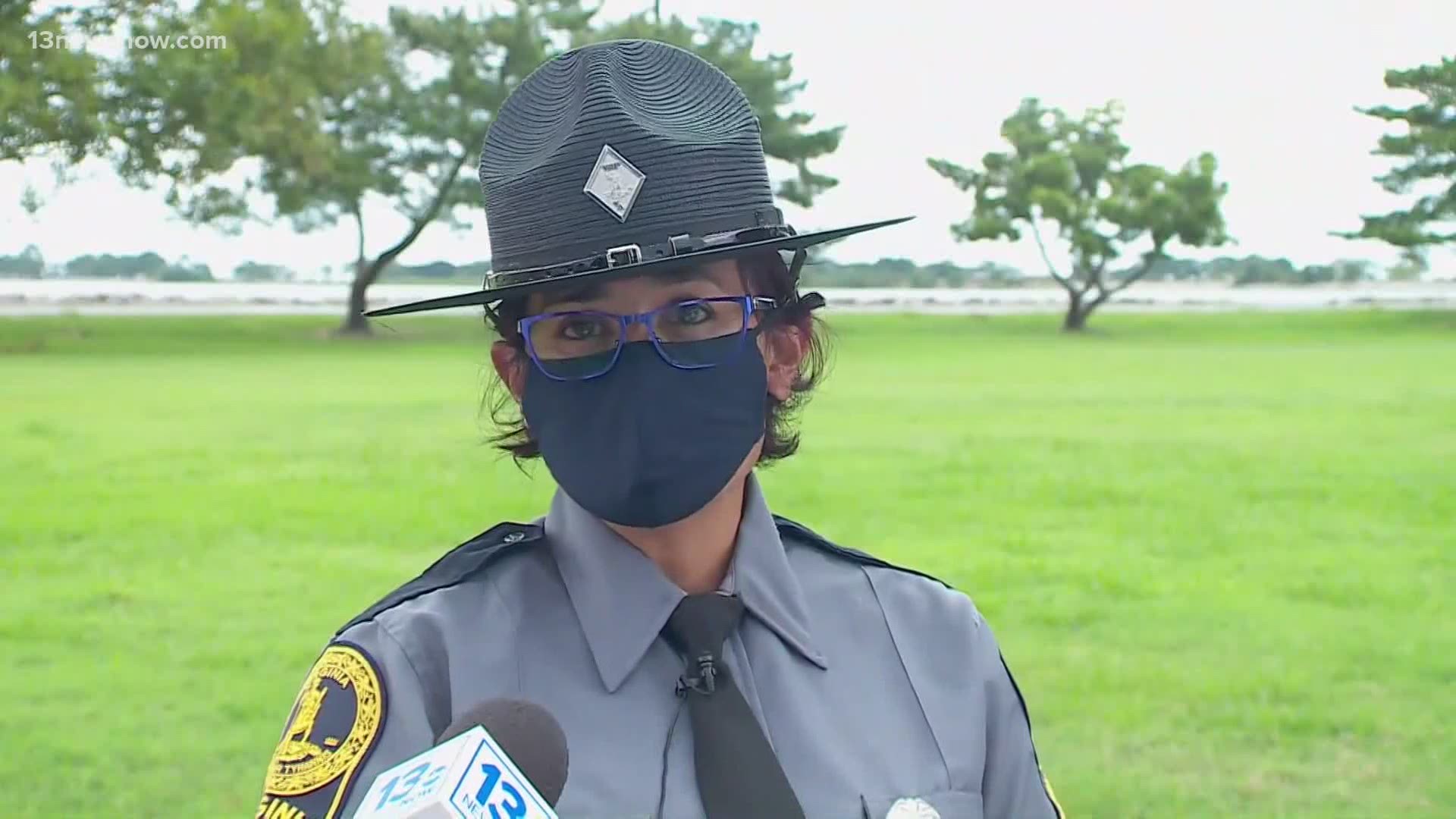 VIRGINIA BEACH, Va. — Virginia State Police said a man died after he started shooting a gun during a struggle with troopers Wednesday night. The shooting came after a pursuit that started on Interstate 264.

Sgt. Michelle Anaya said around 10:23 p.m. on August 12, a trooper tried to stop the driver of a vehicle who was speeding on I-264 westbound.

The car was going 92 mph in a 55 mph zone. When Sample didn't pull over, the trooper activated his emergency lights on the interstate near Newtown Road in Virginia Beach and a chase started.

During the pursuit, Sample took the exit for Military Highway, then looped around and got back onto I-264. Troopers followed the car onto I-64 where he took exit 286A, sped into the parking lot of Banbury Lake Village Apartments and struck a parked car.

That's when the 23-year-old left the car and tried to run from the scene, but troopers caught up to him. They tried to take him into custody, but a struggle started. During it, Sample took out a gun and started shooting. One of the bullets hit him.

Anaya said police started to help him and called for medical assistance.

Renters at the apartment complex heard the shots fired. But it's what they didn't hear made them curious to find out what happened.

"I didn't hear any struggle. So when I heard the last shot he got completely quiet, like there was no yelling. I didn't hear like any back-and-forth you know put your hands up drop your weapon," said renter, Jonathan Saelens.

The Virginia Beach man died at the scene. His body was taken to the medical examiner's office in Norfolk.

No trooper fired a gun during the incident. None were hurt, either. A handgun was recovered at the scene.