It survived a jet crash four years ago, but it could not survive progress. 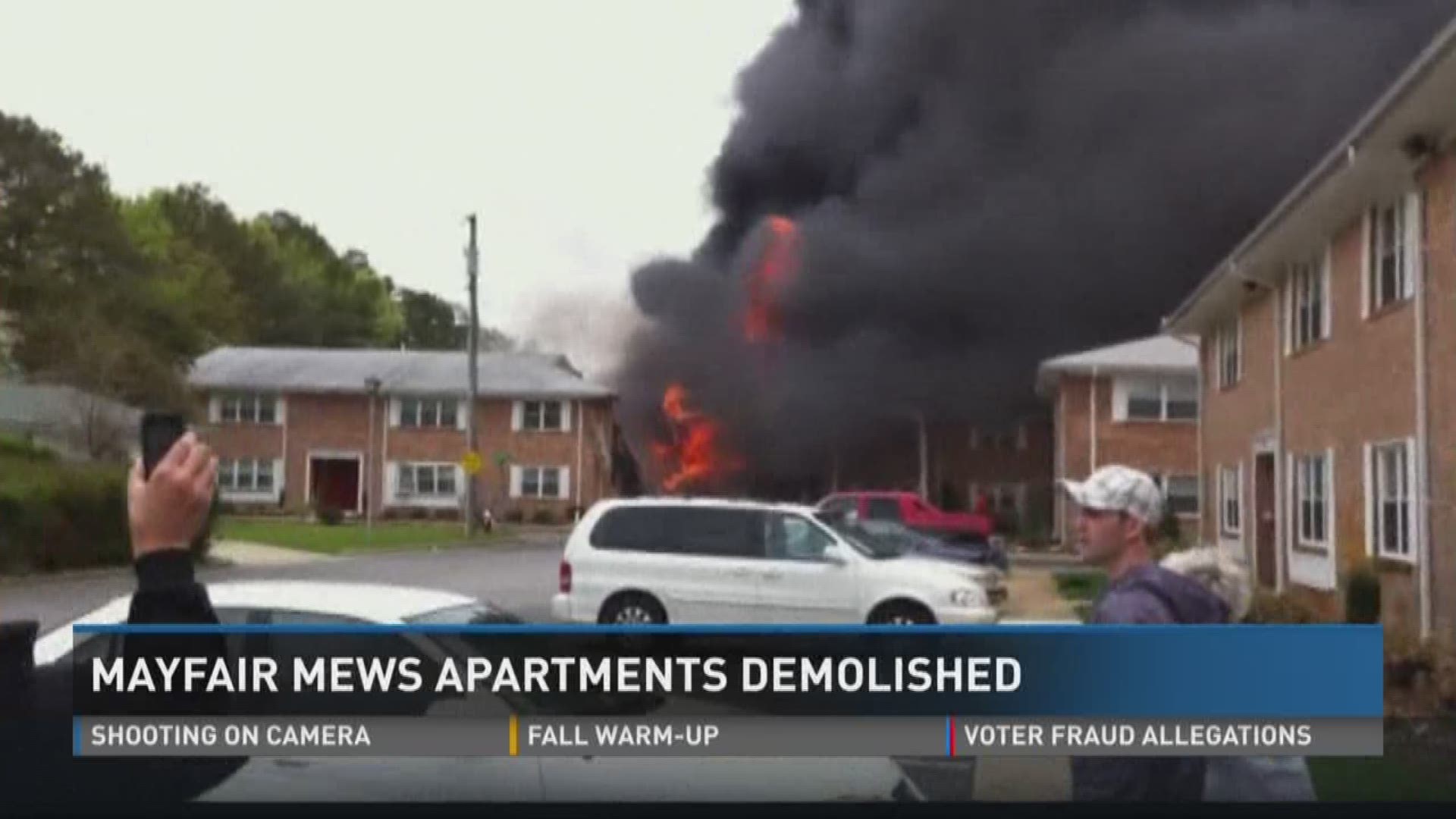 VIRGINIA BEACH, Va. (WVEC) -- It was a symbol of resilience, and now it's gone. It survived a jet crash four years ago, but it could not survive progress.

Back on Good Friday of 2012, an Oceana based F/A-18 Hornet D Hornet experienced dual engine failure 70 seconds after takeoff and fell out of the sky, destroying 40 apartment units on the ground.

Although none of the 63 residents were hurt, they were all displaced for 34 days while the crash site was cleaned up. They moved back. Life went on.

The real pain came for the tenants earlier this year, four years later, when they got eviction notices.

"My apartment is gorgeous, and I don't want to move," resident Joannie Coleman said at the time.

The residents didn't get a lot of advanced notice. They first got word of the plan in April, and their leases were terminated on July 31st. Demolition began on Tuesday. There's not much to see anymore, but rubble.

The rental apartments at Mayfair Mews were home to senior citizens on fixed incomes. Now, there's nothing left but piles of debris and junk.

Nearby residents said they were surprised by the speed of the operation, and that they have much sympathy for their departed neighbors.

Dan Payne said: "Oh yeah, very sorry. I wish they'd relocated them or something. I mean, that's not much of a notice, you know."

Tiffany Giamasante agreed. She said, "That bothers me that they didn't pay, like you would think that they would pay them to move out. But they didn't. Just gave notice."

The city of Virginia Beach says it has no record of a new building permit, only a demolition permit. But a spokesperson said the property is zoned for "multi-family" use, and no re-zoning will be required.

According to the eviction letter, the property owners decided to demolish the existing apartments and to redevelop the site.