The group, 'Women of Hampton Roads,' is filled with passionate women who were excited to see history be made with the nation's first female Vice President. 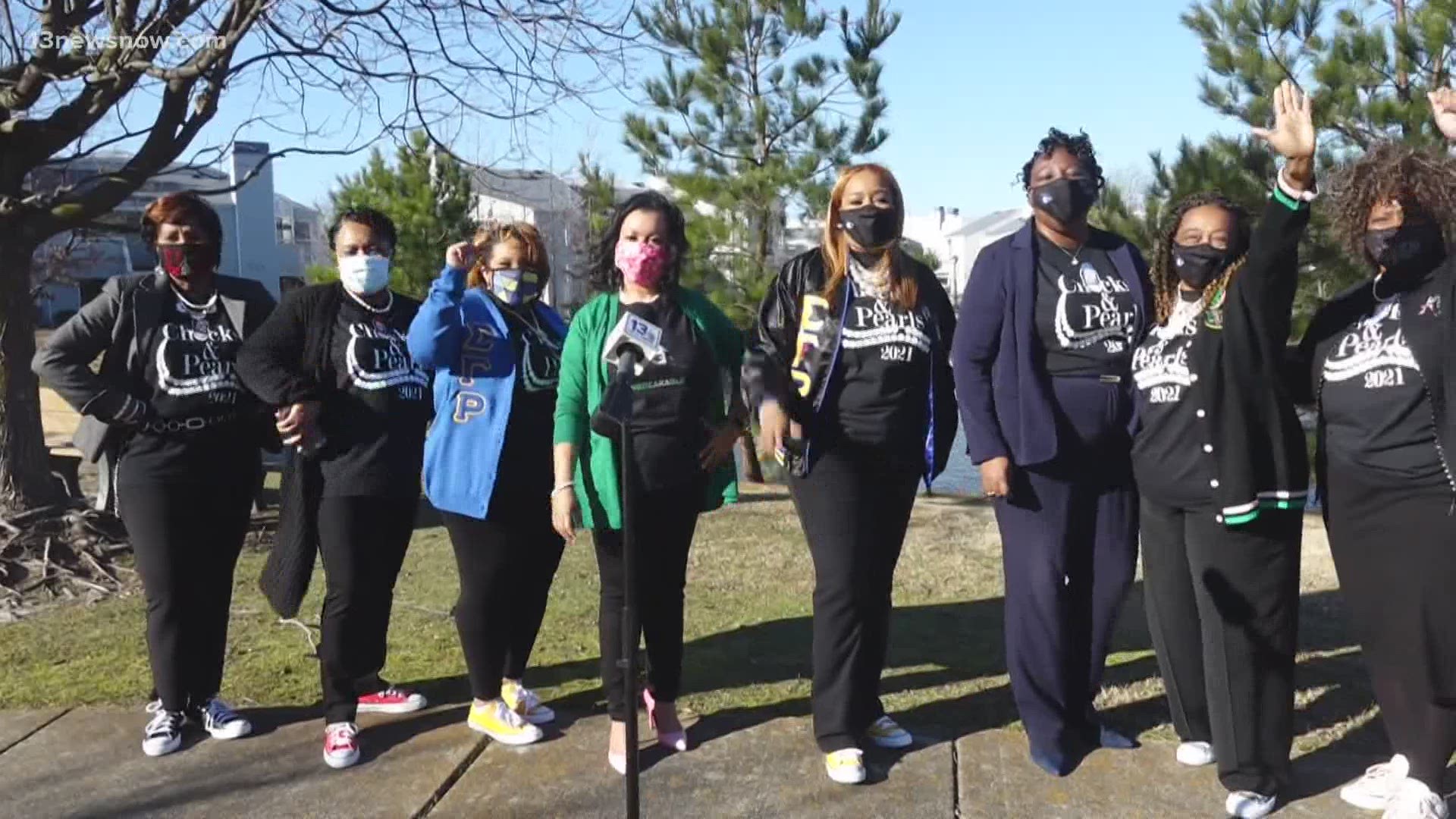 VIRGINIA BEACH, Va. — With pearls draped around their necks and their converses laced up just like Vice President Kamala Harris, these ladies are paying their respects to the woman who broke the glass ceiling.

Former prosecutor and California Senator, Kamala Harris is now the first woman and woman of color to be Vice President of the United States. This historic moment comes with a lot of support from people like the 'Women of Hampton Roads.'

"It will be a day we never forget," said Carolene Goodwyn-Harris who was wearing her pearls and set of converse shoes. "The Chucks are all about her. The pearls represent our sororities and that's a symbol of pride and elegance. So, today, we embrace it, Chucks and pearls."

One of the women, Angela Barclift-McGee, has 17 granddaughters. She said watching them grow up during this time feels surreal. She hopes one of her granddaughters will be inspired by this moment in history and try to reach for the highest goals.

"She did things the right way, the correct way. So, if any other girls can do that, they, too, can follow in her footsteps," said Barclift-McGee.

The group said this is also a chance for them to take a step forward in their converse shoes and inspire others just as much.

Vice President Harris was officially sworn in during the Inauguration Ceremony Wednesday afternoon.