More than 90,000 gallons of jet fuel spilled. Some of it leaked into Wolfsnare Creek and wound up behind people's homes. 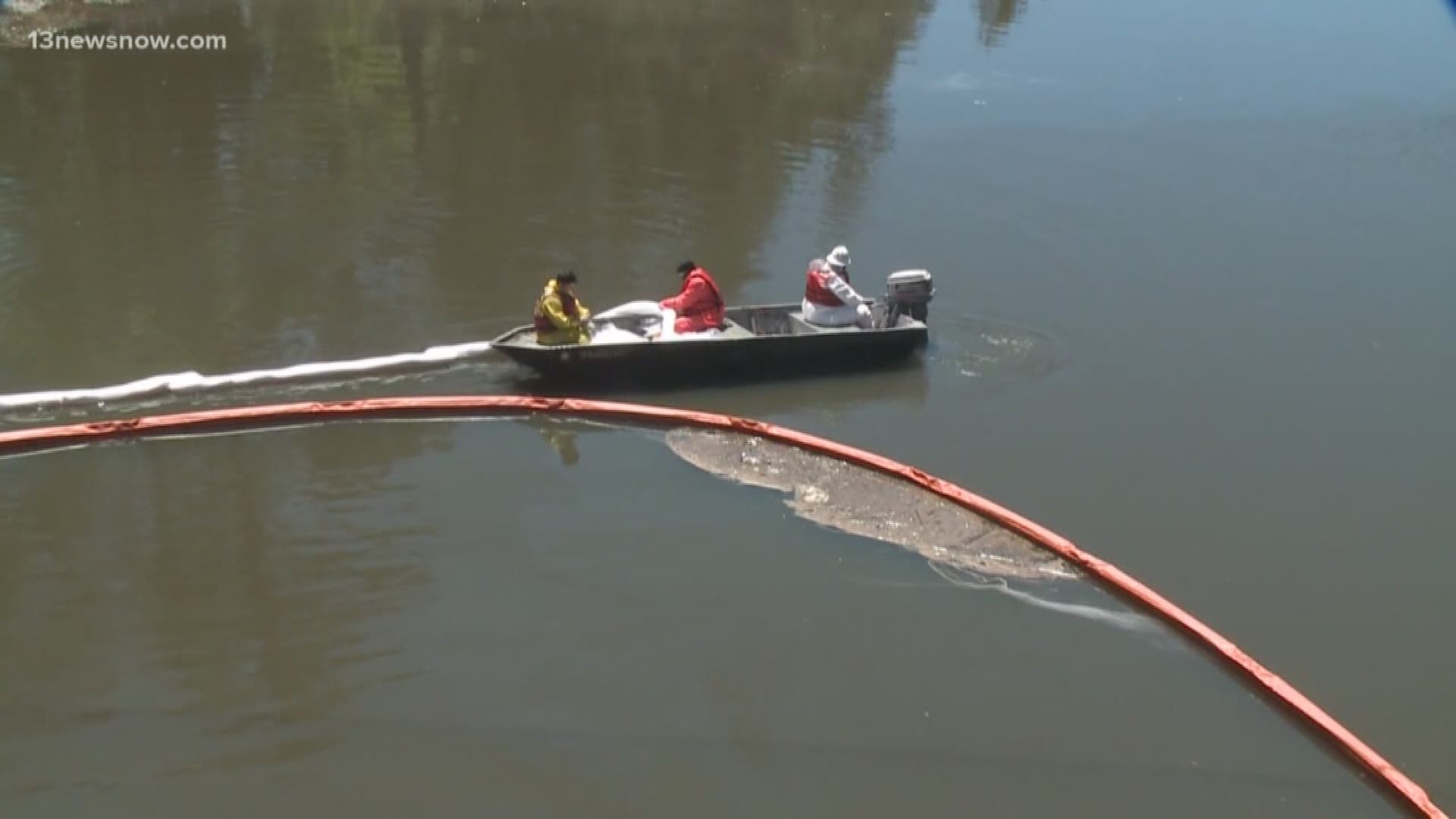 VIRGINIA BEACH, Va. — More than two years after 94,000 gallons of fuel spilled out of a tanker at NAS Oceana, Navy officials are testing the impacted areas for any potential leftover contaminants.

It happened back in May 2017. The fuel spilled down Wolfsnare Creek. Residents in that area dealt with toxic fumes for more than a week.

“It was kind of all-of-a-sudden kind of a thing," Richard Madden said. "Real strong odor.”

The creek is a popular spot for fishing and sometimes canoeing.

According to a letter sent to Virginia Beach Mayor Bobby Dyer last Tuesday, Oceana officials are sending environmental management teams to conduct water, soil and sediment testing in the area.

The letter says the teams want to “continue to track the effects” of that spill.

Reached for comment, Oceana said the work should only take a few days and is a standard requirement to see if any petroleum remains in the soil or groundwater.

Commanding officer John Hewitt said the testing is also all part of being a good neighbor.

“NAS Oceana and the United States Navy are wholly committed to thorough, precise, and transparent monitoring of locations that were affected by the 2017 fuel spill," Hewitt said. "We have and want to maintain our very good relationship with the community.”

According to the letter, the Navy didn’t intend on alerting residents about the testing because of its “low key nature.” But residents say that doesn’t bother them and they’re glad it’s being done.

“That for me is definitely a vote of good faith, the fact that they have done it,” Fijak said. “The fact that they are doing it says something. You could just clean up the mess and let it hang, which is something that we typically might associate with the military. No, that they’re doing a follow-through is, I think, awesome.”

Madden also welcomed the news of the testing but said he still has reservations about the quality of the water.

“People still do fish down there. I hope they don’t eat it," he said. "I wouldn’t eat fish that came out of there no more after seeing the way it was saturated.”

According to the letter, Wolfsnare Creek was the location where most of the off-base clean up took place.

The deepest samples will be taken 24 inches below the surface.

Teams will present the results to the city in a little more than two weeks.