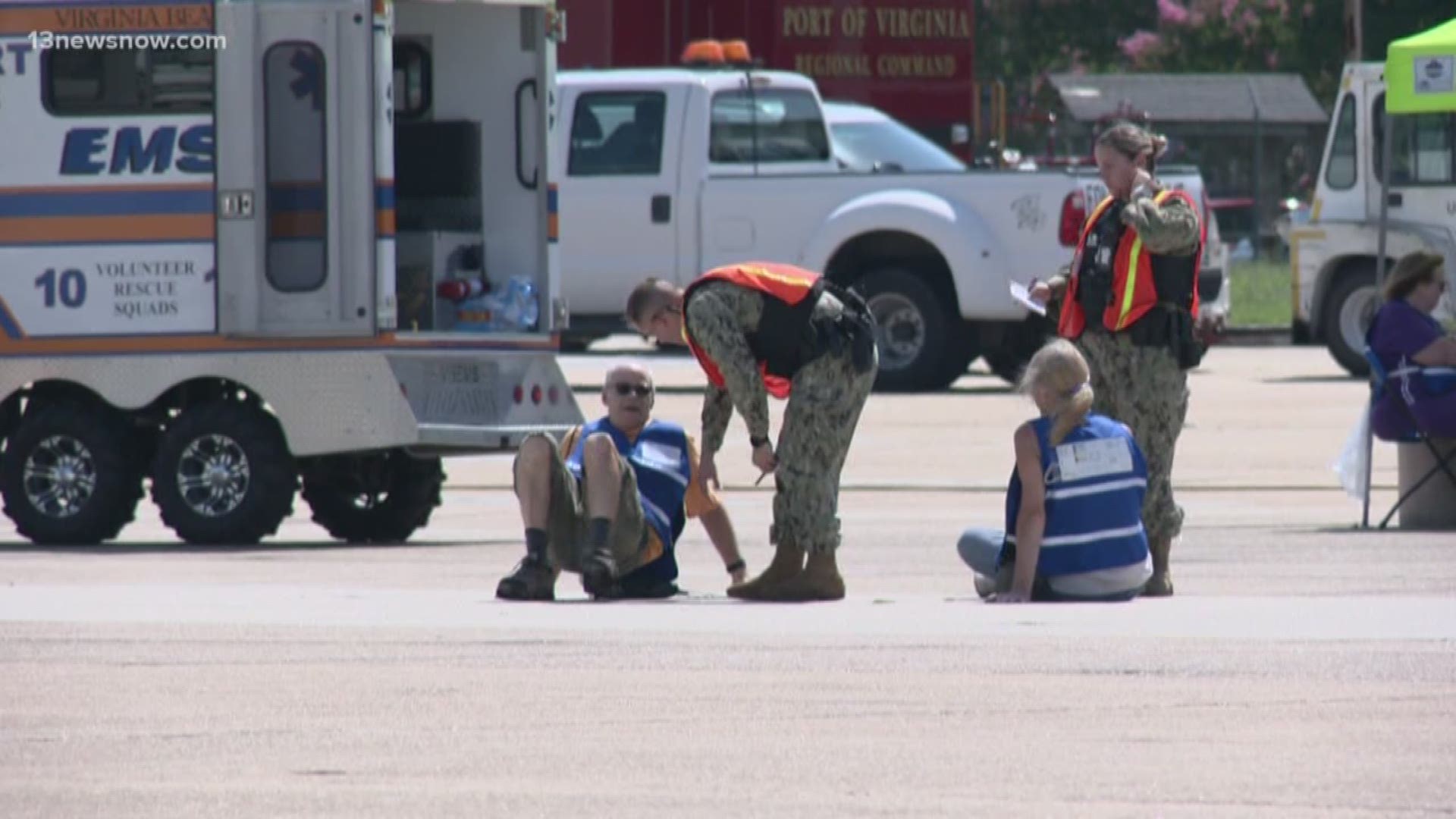 The drill included numerous emergency services personnel and vehicles responding to an event at NAS Oceana.

Emergency vehicles transported role-players, who are acting as injured patients, to emergency rooms at local hospitals. The public might have also seen smoke on the airfield from the surrounding area.

Don't be alarmed, it's just a drill.

This year, the Air Show is excited to present for the first time in anyone’s memory the United States Air Force Thunderbirds.

It will also have a host of the best civilian and military performers like the Skytypers, Gene Soucy, John Klatt, Skip Stewart, and Greg Shelton.