A developer wants to build an apartment building with a pool and parking garage on Shore Drive near Marlin Bay Drive. Community members push back on the plans. 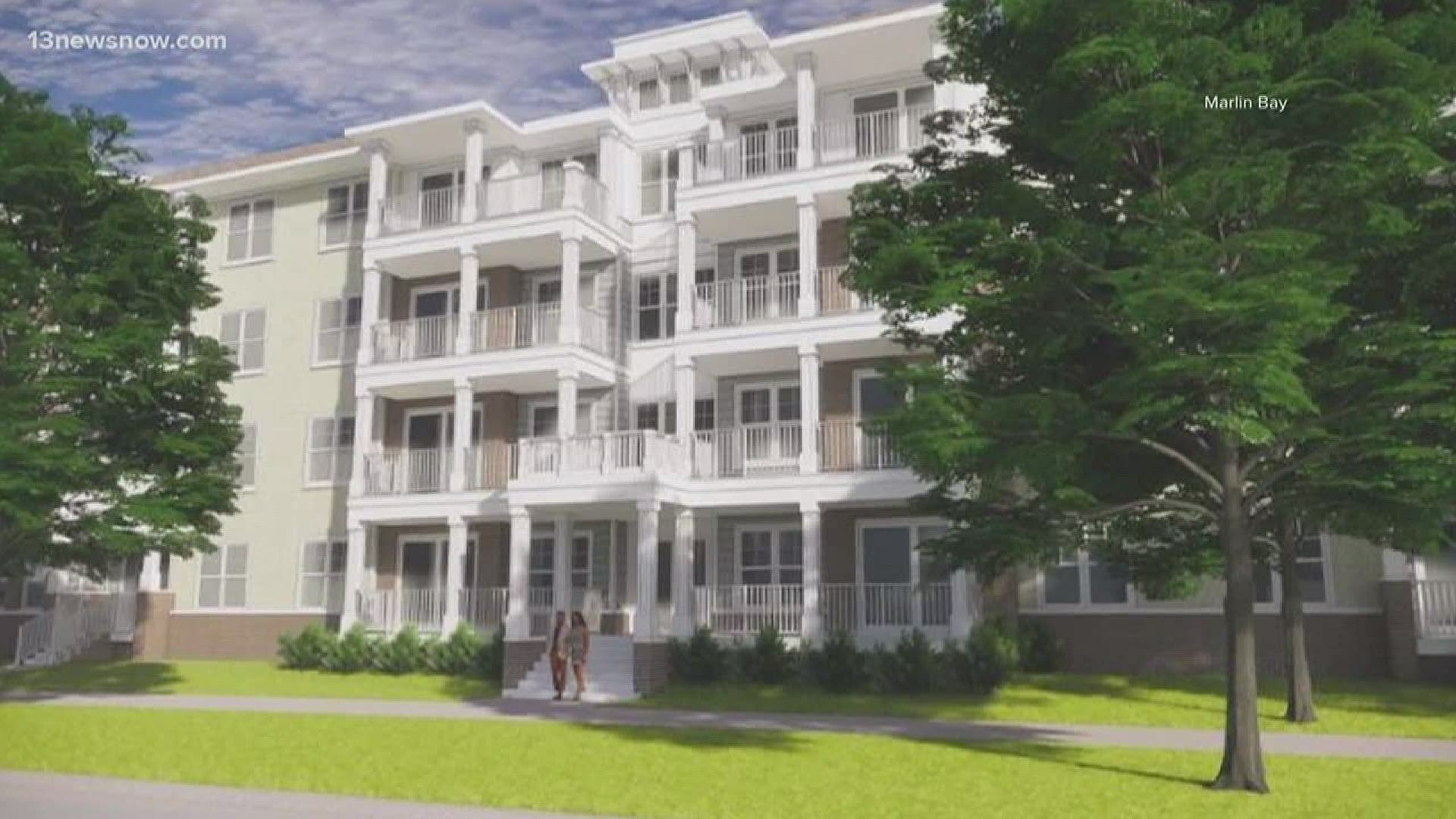 VIRGINIA BEACH, Va. — There’s a plan to build more than 200 apartments on Shore Drive. The planned development would be located where an old boat and RV storage yard currently sits at the intersection of Marlin Bay and Shore Drive.

While people said there is a need for more housing in the area, some neighbors are pushing back on the plans.

The plans call to build a four-story building with 227 apartments. The space would also have a swimming pool and parking garage. Officials say the development would surround an internal parking garage that is not visible from the street.

“Are you serious? That number of units in that space? That was my first reaction," explained neighbor Johnathan Macy.

Macy is one of many residents who don’t want the new development. People said it would create more traffic and safety issues, and that the planned development is too big for the lot.

Barbara Reinhardt Vraa said, “It’s going to be an average of probably 500 people that are going to move there and it’s just too dense for that parcel of land.”

John Peterson is with the proposed apartment building. Over the phone, he said the plans are in the very beginning stages. He’s met with neighborhood groups via Zoom already to get their feelings about the Marlin Bay Development. He said they plan to do more community interaction soon and said local business owners are on-board with the development.

“If they want to propose something half that size, I think we probably would not oppose it to the degree we are now,” explained Reinhardt Vraa.

The developers still have a lot of hoops to jump through. City leaders say the land needs to be rezoned from commercial to mixed-use and residents say if that’s approved, too many people will live on that piece of land.

Macy explained, “B-4 zoning allows 36 units to be built on a parcel greater than four acres. That’s 144 units. They are proposing is 227 units on that same parcel.”

Tim Solanic said he believes the developers who want to build on this property, also own land at Pleasure House Point. He said he’s not for nor against them building on the boat and RV lot.

Solanic said he hopes everyone can work together to make a deal and permanently preserve the lots the developer currently owns at Pleasure House Point by selling the development rights and wetland mitigation credits for other projects including stormwater offsets.

“I’m not for it and I’m not against it. I’m for working with the developers and the city and other stakeholders because the developers own property on Pleasure House Point that’s not persevered yet, so I think the smart thing would be to work with them,” he said.

City officials say the plans won’t go in front of the Planning Commission until at least August. For more information about the current plans, click here.