Incoming Chief Paul Neudigate - a 30-year veteran of the Cincinnati Police Department - will start in October. He responds to questions about protests and morale. 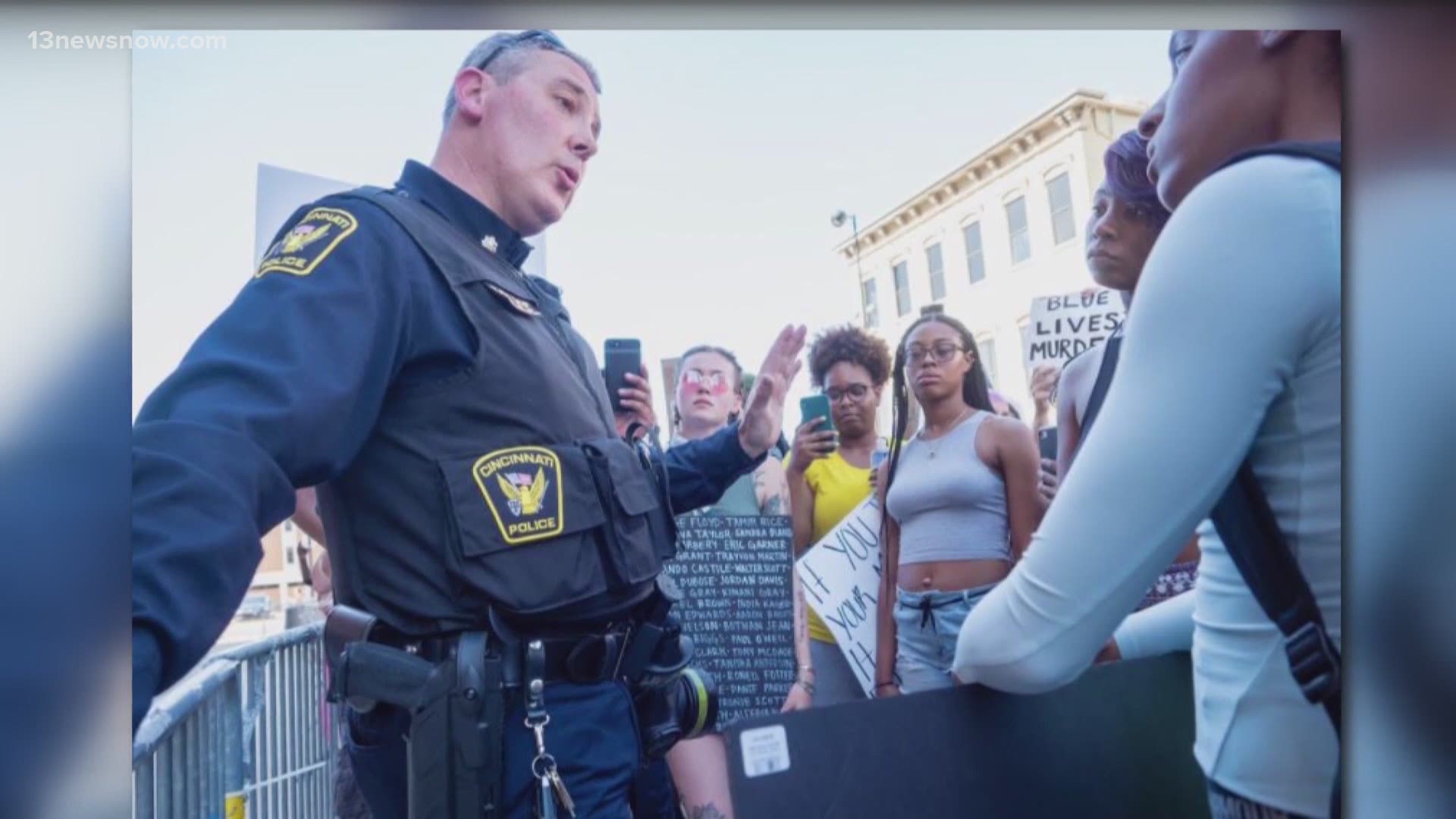 VIRGINIA BEACH, Va. — New Virginia Beach Police Chief Paul Neudigate said he's always looking to evolve as a law enforcement leader, and he plans to listen to protesters and engage in community conversations once he takes charge in October.

Neudigate -- a 30-year veteran of the Cincinnati Police Department who currently serves as CPD Assistant Police Chief -- said he wants to work with community members who are frustrated with systemic racism and police brutality.

In his first interview with local reporters, Neudigate promised "accountability and accessibility," saying he'll bring a fresh perspective to VBPD.

“We know that [police departments] become very insular in how we operate and it’s very good for us to have an outside look," he said.

Virginia Beach City Manager Patrick Duhaney was also hired from the City of Cincinnati this year.

City officials said Neudigate was a final candidate for the job before Duhaney recommended him, but Neudigate said his connection and history with Duhaney likely played a role in his hiring.

“We’re going to wait and see what the direction of the legislature and elected officials decide.”

Neudigate said he wants to “stay out of the political fray.” He mentioned keeping a high morale within the Virginia Beach Police Department as a top priority.

He will receive an annual salary of $165,000 from the City of Virginia Beach.