Officials said they would eliminate the feeder lanes on Laskin Road for safety reasons. 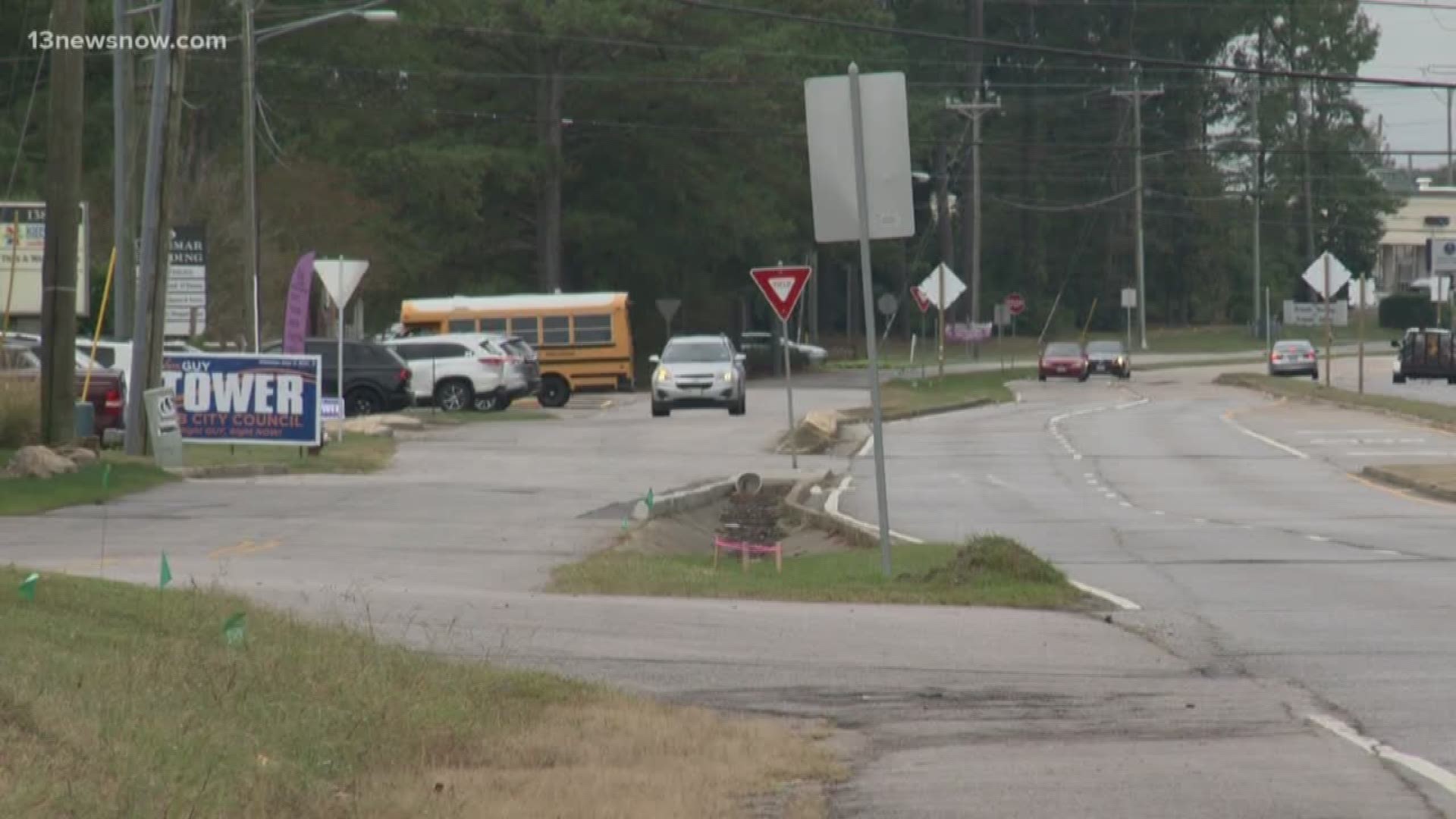 Officials said they would eliminate feeder lanes on the road, and some neighbors said they’re ready for the change.

“Feeder roads are kind of confusing. You don’t really know which way for sure you’re supposed to be going, from one time to another depending on where you’re at,” said David Nielson.

Neighbors like Hayley Raimnodi Philips said that the feeder lanes are dangerous.

RELATED: New flyover ramp from I-64 west to I-264 east opens

“You don’t really know which way for sure you’re supposed to be going, from one time to another depending on where you’re at. I think a lot more accidents are happening because of the feeder lanes,” said Phillips.

“What we’re going to do is remove those lanes, make portions of Laskin Road eight lanes across with turn lanes. It’s confusing out there, and if you’ve ever driven it, you know that it’s tough to get the service roads to the main lanes and back,” said Napolitano.

Project plans promised more sidewalks and walking paths for pedestrians. Additionally, VDOT officials said that the Linkhorn Bay bridge will be replaced and widened to three lanes and that there will be drainage, stormwater, and sewage improvements.

Neighbors were able to see the project plans and anticipated traffic impacts on Thursday night at Linkhorn Park Elementary School But neighbors like Moses Ichanga aren’t happy that the project won’t be completed until April of 2023.

“The timeline should be shortened because I think there’ll be a lot of traffic considering there’s a lot of lights and the area is very busy. With construction people on site it’s going to be hectic,” said Ichanga.