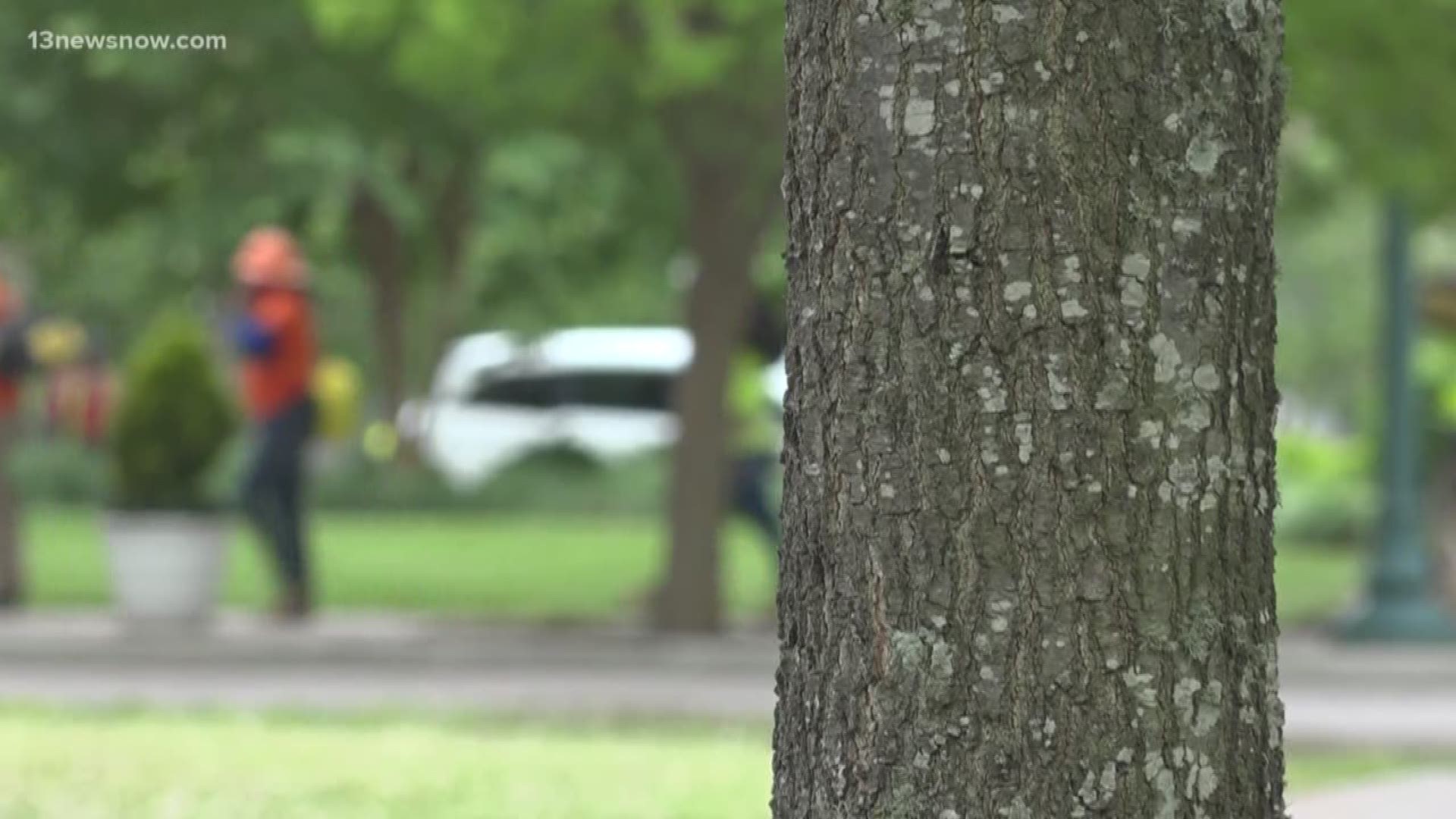 VIRGINIA BEACH, Va. — In a beach community, there are always waves of people throughout the year who flood Hampton Roads.

But whether the good times roll or not, there's an underlying issue the Samaritan House in Virginia Beach fights every day.

"What we're talking about here is folks that are essentially hidden in plain sight," said Jason Yarashes, an attorney with the Legal Aid Justice Center.

Yarashes and the Legal Aid Justice Center partners with the Samaritan House to help those who are victims of labor trafficking.

"Labor trafficking under federal law essentially is saying a person is being harbored, transported, recruited, obtained, or essentially compelling their labor through forced fraud or coercion," said Yarashes.

"I don't think that people know what it looks like and I think that there isn't a heightened sense of concern because it doesn't look like sex trafficking," said Courtney Pierce, a Human Trafficking Outreach Coordinator with the Samaritan House.

Pierce said unlike victims of sex trafficking, labor traffickers tend to be older and more men are victims.

"We have to be advocates for them to be able to educate them on what safe and healthy employment looks like and what it doesn't look like," said Pierce.

Those are only the victims who were identified and served.

Also fighting for them is the Keystone + Mountain + Lakes Regional Council of Carpenters.

"We also visit jobs and see if there are any violations on workers' rights or if people are getting paid right," said Neri Canahui-Ortiz with the union.

He said in Hampton Roads alone, it's possible there are thousands of people working for traffickers.

"You will find it. We can pretty much walk down the street to one of these projects and where you see metal framing, you will find them," he said.

13News Now asked Ortiz, "Would you be confident enough to say that for every construction project in Hampton Roads, there are trafficked workers?"

He said, "Absolutely. Not a doubt."

Workers also are paid low wages under the table and have no health insurance, while the trafficker collects an untaxed profit, which Ortiz said hurts the economy.

RELATED: Nurses, auto strikes may be signs of awakening US unions

"If you're bringing down the wages, if you're not paying the income taxes on your workers then you're creating a vacuum that is affecting our schools, our bridges, our hospitals and anybody that benefits from the revenue of the state," said Ortiz.

He believes many victims may be undocumented immigrants. He said many don't even know who their trafficker is, and many are threatened if they speak up.

That's why Yarashes and the Legal Aid Justice Center steps in to help.

"We bring suits, both federal and state suits, in courts of law to expose prolific, fraudulent, and exploitative labor practices," said Yarashes.

Because without a voice and a support system, victims won't have the power to fight back against their traffickers.

"Due to the lack of information and education about labor trafficking, I think we just uncovered the surface and I think there are many more out there," said Pierce.