The Johnsons said a bullet came through the window of their children's room at the family's home at the Oceanfront. It hit the top bunk of the children's bed. 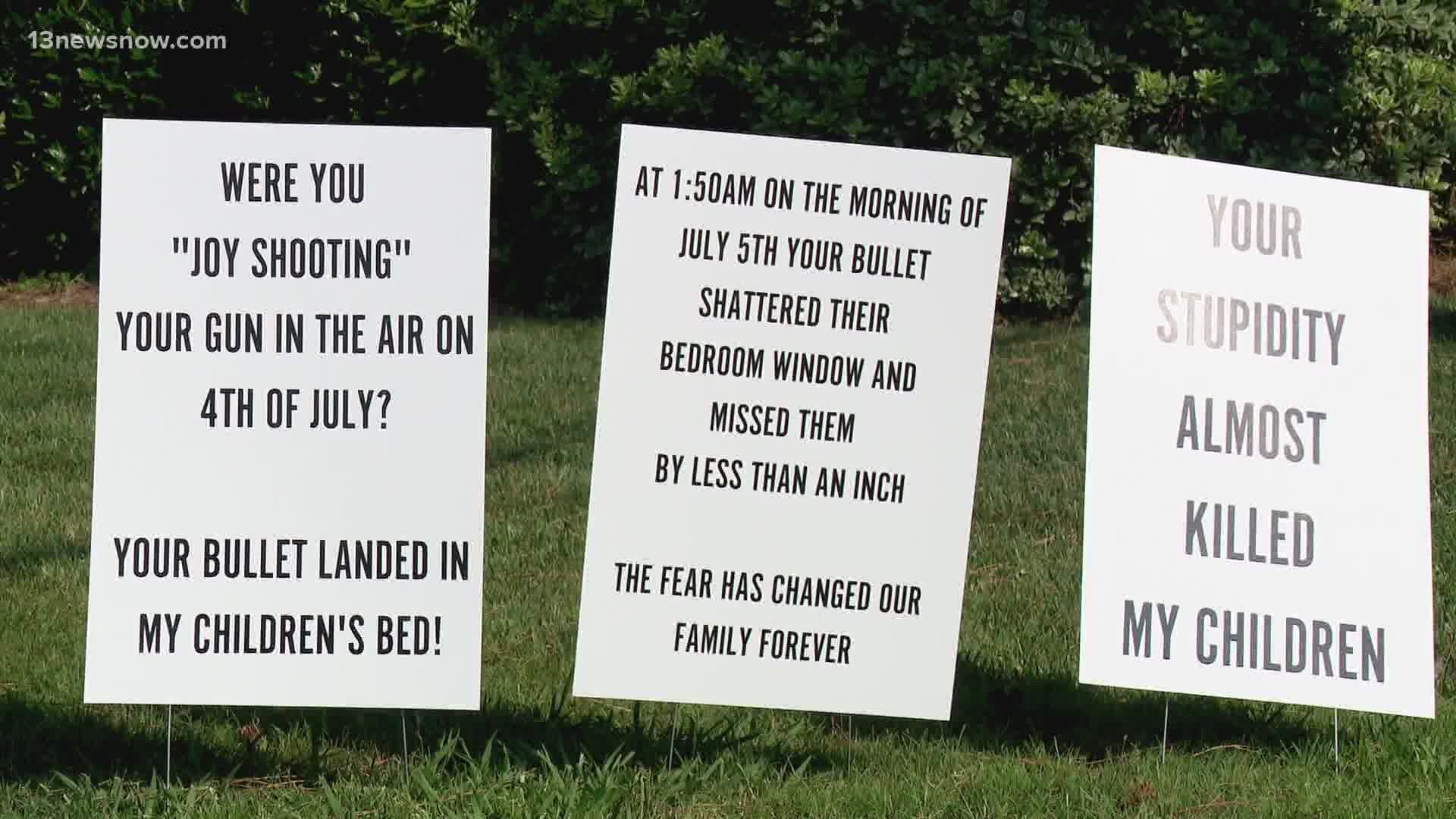 VIRGINIA BEACH, Va. — A pair of Virginia Beach parents are outraged after they said a bullet shot through their children’s bedroom window over the weekend.

Chris and Julie Johnson said the horrifying incident happened on Sunday around 2 a.m., at their 16th Street Oceanfront home.

"Opening that door, I didn't know if I was going to pass out or throw up,” said mother Julie. “There was a bullet laying in the bed and there was glass everywhere."

They said the shot hit the top bunk bed railing of their kids' room, just missing their 9-year-old daughter and 12-year-old son.

"Our son was sleeping on the top bunk and it landed down in her bed,” Julie said.

They said Virginia Beach Police came immediately and told them it was probably a falling bullet from celebratory gunfire.

"They said they had other instances of it that night,” Julie said. “That it was people shooting their guns into the air and this is where it fell."

That thought didn't sit well with the Johnsons.

"That could have been the last day I spent with my children,” the mother said.

They want the person responsible to know it has changed their family forever.

Julie and Chris are now telling their story on the front lawn. On Monday, they posted signs that read, "Were you joy shooting your gun in the air?" and "Your stupidity almost killed my children."

"Maybe that person that did that, or has done that, will drive by and know the impact that this is going to have,” Julie said.

Both parents hope the signs wake up Oceanfront community members.

"At some point, on this corner, someone is going to get shot,” said Chris. “You've had too many bullets fly through this little corner right here and no one has gotten hit. At some point, something has got to give."

Virginia Beach Police told us they are actively investigating the incident.