Bill Dillon owns Abbey Road Pub & Restaurant in Virginia Beach. He says the governor doesn't have the authority to shut down businesses during a state of emergency. 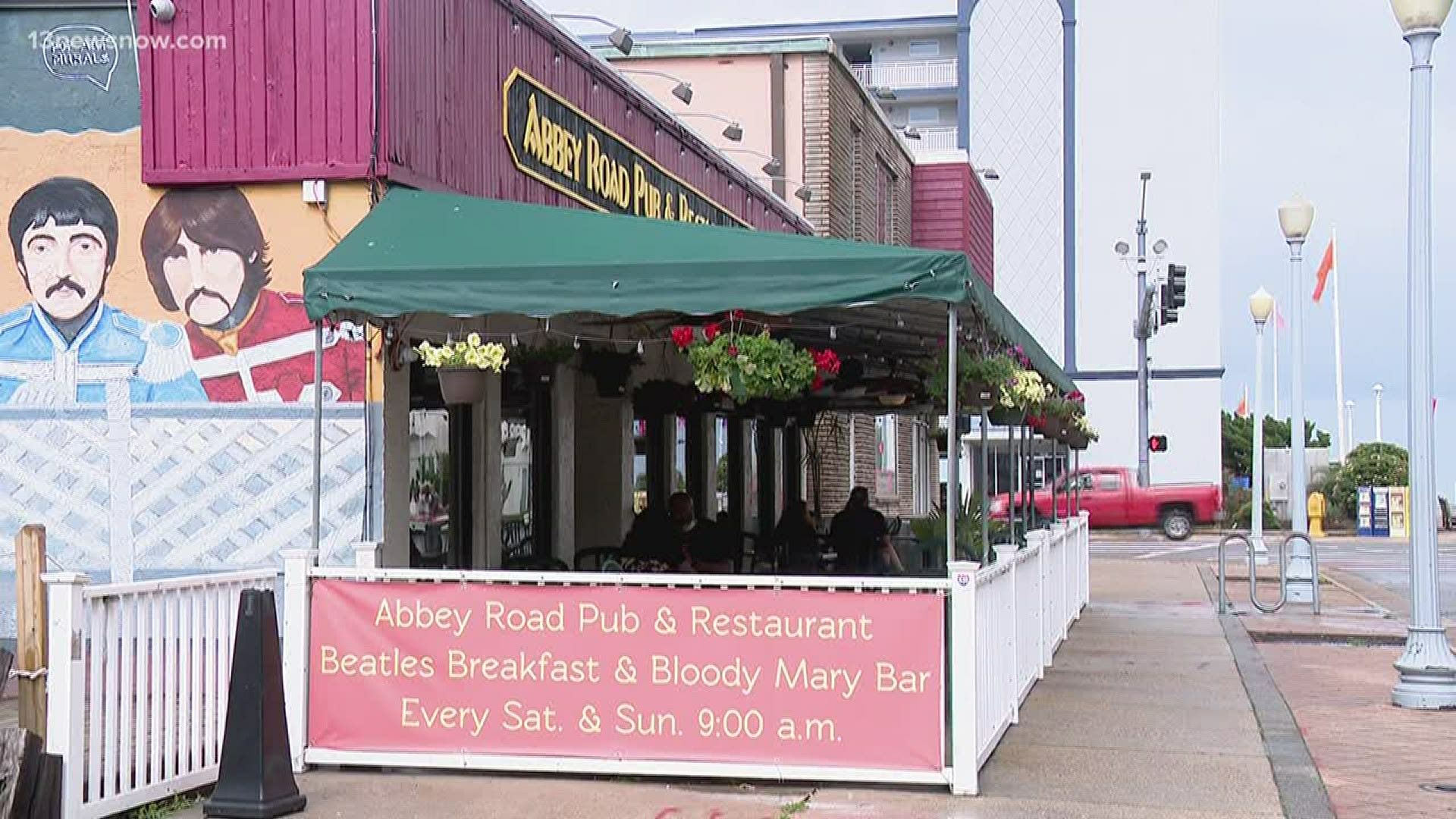 “It’s been absolutely horrible,” said Abbey Road Pub and Restaurant owner Bill Dillon. “I personally don’t think we ever should have been shut down.”

“Now, April we did takeout and delivery, we did our best,” Dillon said. “We were down 93 percent.”

He’s utilizing outdoor space, using his patio and overflow seating in the parking lot. But with capacity rules, and the unpredictability of weather, he’s fighting to move inside.

“My lawsuit says that the governor does not have any authority to shut any businesses down during a state of emergency,” Dillon said.

On Thursday, Dillon said he filed this six-page document against Northam. It said he wants $850,000 in damages and for the governor to notify residents that Abbey Road’s indoor dining is open.

He said only one lawyer would take the case for $100,000, so he’s representing himself.

The suit was not yet available in the clerk of court’s system Thursday night. A lawyer tells us it can take a day to update the records.

“It’s painful for me to see the distress in my fellow restaurant owners,” Dillon said.

His document said the governor has limited authority during a state of emergency and can’t decide how businesses operate. He references laws from the Virginia Constitution, U.S. Constitution and the Code of Virginia

Dillon said the mask requirement announcement on Tuesday was the icing on the cake.

“Any potential visitors that want to come, you have choices, people have choices,” Dillon said. “They are not going to put masks on their 10-year-old children.”

Northam’s press secretary said they don’t comment on litigation. She said the Governor will continue to make decisions based on science and public health.

“If we get a lot of lawsuits, maybe something will happen,” Dillon said.

Dillon hopes other restaurant owners follow his lead. He urges them to use his template to file their own lawsuits.

He worries the governor could bring back restaurant restrictions if a second coronavirus outbreak pops up in the future.

“It’s not going to be me alone that is going to make it happen,” Dillon said. “But I want everyone else to get on board too.”