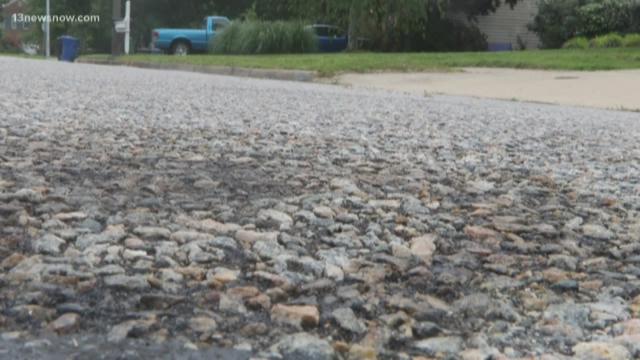 VIRGINIA BEACH, Va. — At first, some neighbors thought it was a black cat. What was discovered next has put a Kempsville neighborhood on edge.

The gruesome discovery on Minden Road happened Thursday morning as Camille Grabb went on her walk. She took pictures of what appeared to be a burnt opossum.

"The fur was totally charred, so I can't imagine who would do that to a creature," said Grabb. "It still to me is disturbing that someone would feel the need to set it on fire, even if it was [already] dead.”

A neighbor told 13News Now his home surveillance camera caught the act. He said a car is seen running over the animal and then hours later, two people pull up and light it on fire.

"I don't know who in their right mind would burn an animal,” Gary Miller said.

It is unclear if the animal was dead or injured when it was set ablaze. Virginia Beach Animal Control said the opossum was gone when they arrived, but the charred pavement remains.

Officers say burning an animal alive is animal cruelty, which is punishable by a fine and possible jail time.