Currently, Virginia Beach City Public Schools start high school at 7:20 a.m. There are four options on the table that could push back the morning bell as late as 9:40 a.m. 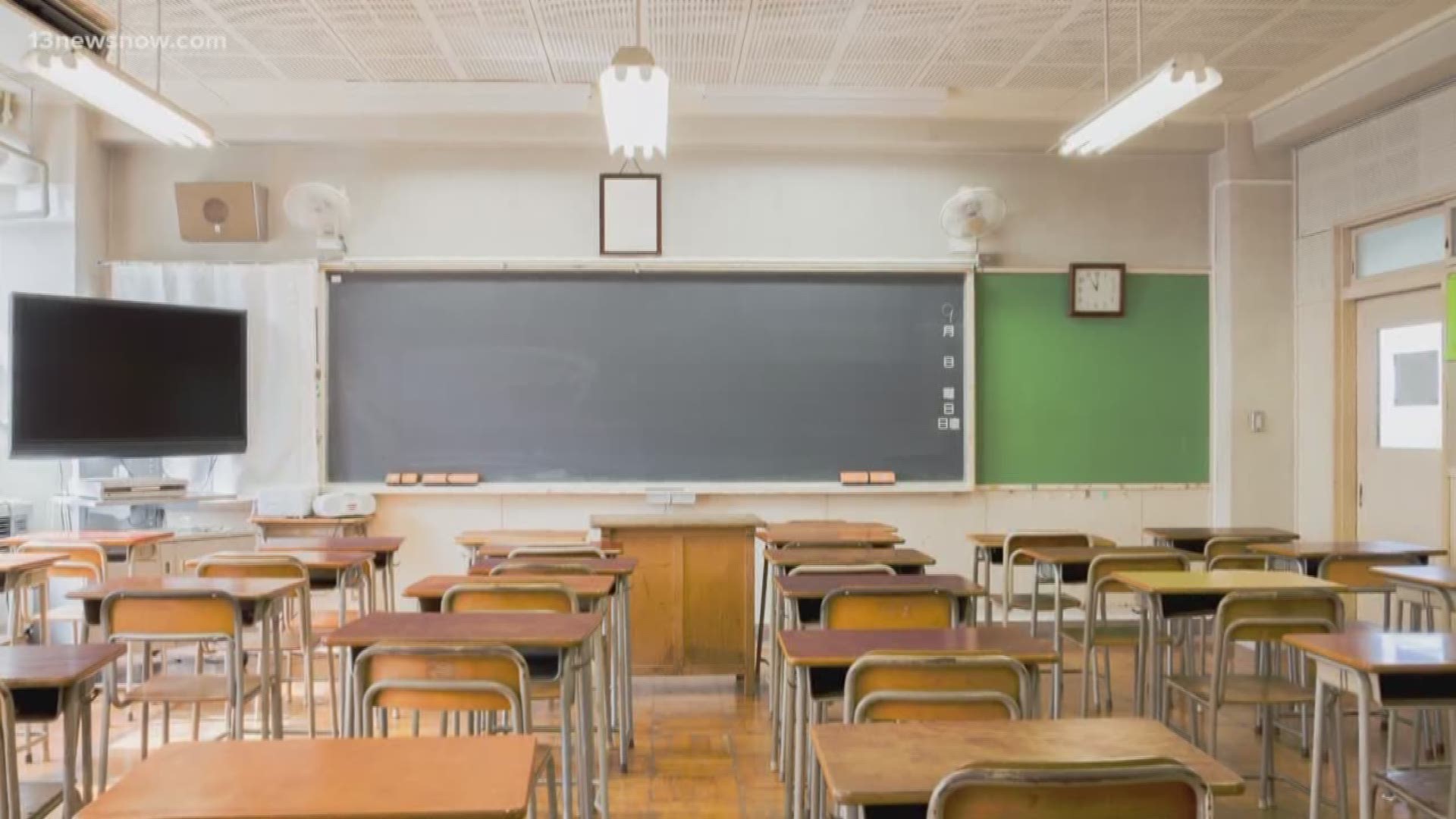 VIRGINIA BEACH, Va. — Public high schools in Virginia Beach currently start at 7:20 a.m. The school division is looking at four options that could change that. The morning bell may wind up ringing as late as 9:40 a.m.

“A change of this magnitude is going to have an impact on every single person in the division -- staff, students, parents,” said Daniel Keever, Senior Executive Director for High Schools.

On Monday Keever was hosting the first of three informational sessions at Bettie Williams Elementary. He said studies prove adolescents could benefit from more sleep.

“While I do think the current high school start times are very early, I don’t think we should make the younger kids suffer,” said parent Alanna Deal.

Deal has three daughters all under the age of 11.

“These kids are going to be getting to bus stops, five-year-olds, at 6:45 a.m., which is dark in the winter, it’s not necessarily safe”

Deal said sleep is just as important for little kids as teens.

By the time they do their homework, I cook dinner, and they do the bedtime routine, it’s a rush rush rush,” said Deal.

“I think it is important for them to actually learn how to turn their devices off, get a good night sleep, get ready to start your day as adults. That’s what we do every single day, they need to learn how to do that,” said Leiston.

No matter what option the district selects it will come with a lot of logistical issues. Factors like bus transportation and after-school activities will all have to be tweaked.

“There are going to be some folks that are frustrated with the decision, but we are going to do the best we can to make the absolute best decision that meets the needs of parents, students and staff,” said Keever.

The plan is for the school board to hold a final vote in September. However, the new start times won’t go into effect until the following 2020 school year. That gives everyone from the schools, to the parents, to the students, one full year to figure out how to adjust accordingly.

There will be two more informational sessions regarding the new potential start times, Tuesday at Landstown High School and Wednesday at Plaza Middle School. Both meetings start at 6:30 p.m.