Man dead after being hit by one vehicle, run over by two others in Virginia Beach

Police said a car heading one way on Virginia Beach Boulevard hit a man and knocked him into the opposite travel lanes. Two other vehicles hit him, and he died. 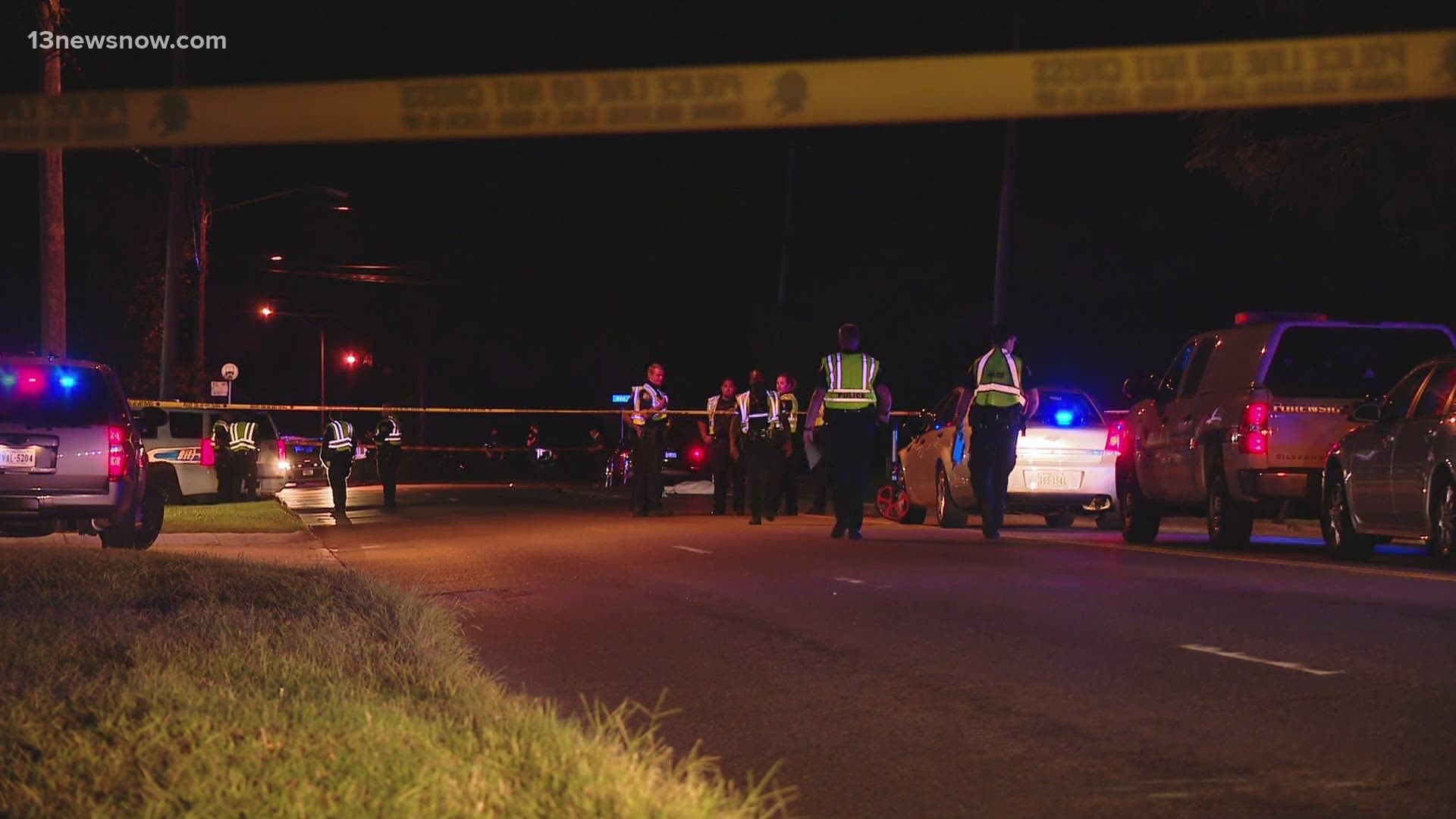 VIRGINIA BEACH, Va. — Virginia Beach police said a pedestrian died Saturday night after a car hit him and two others ran over him.

Officers said the man was crossing the street when a vehicle heading westbound (the direction away from the Oceanfront) struck him. The impact knocked the pedestrian down into the eastbound lanes. Two other vehicles ran over him. He died there.

The first vehicle that hit the man left the scene.

"That's the worst kind of accident. How fast could you have been going that you did not see a person walking across the street? The speed limit is not that fast. It's only 35. There's no way you didn't see the person," said a homeowner who wanted to stay anonymous.

The homeowner explained it wasn't the the first incident that happened on her road. She wants to see measures put into place to help to prevent others.

"They either need speed traps, they need to drop the speed limit. The need something," said the homeowner.

Virginia DMV reports show there were 19 crashes involving pedestrians in Virginia Beach in the last four months. Four of them were deadly.