The shooting reportedly took place at Lynnhaven Parkway and Avenger Drive. Virginia Beach say three people were hit by gunfire, including an infant. 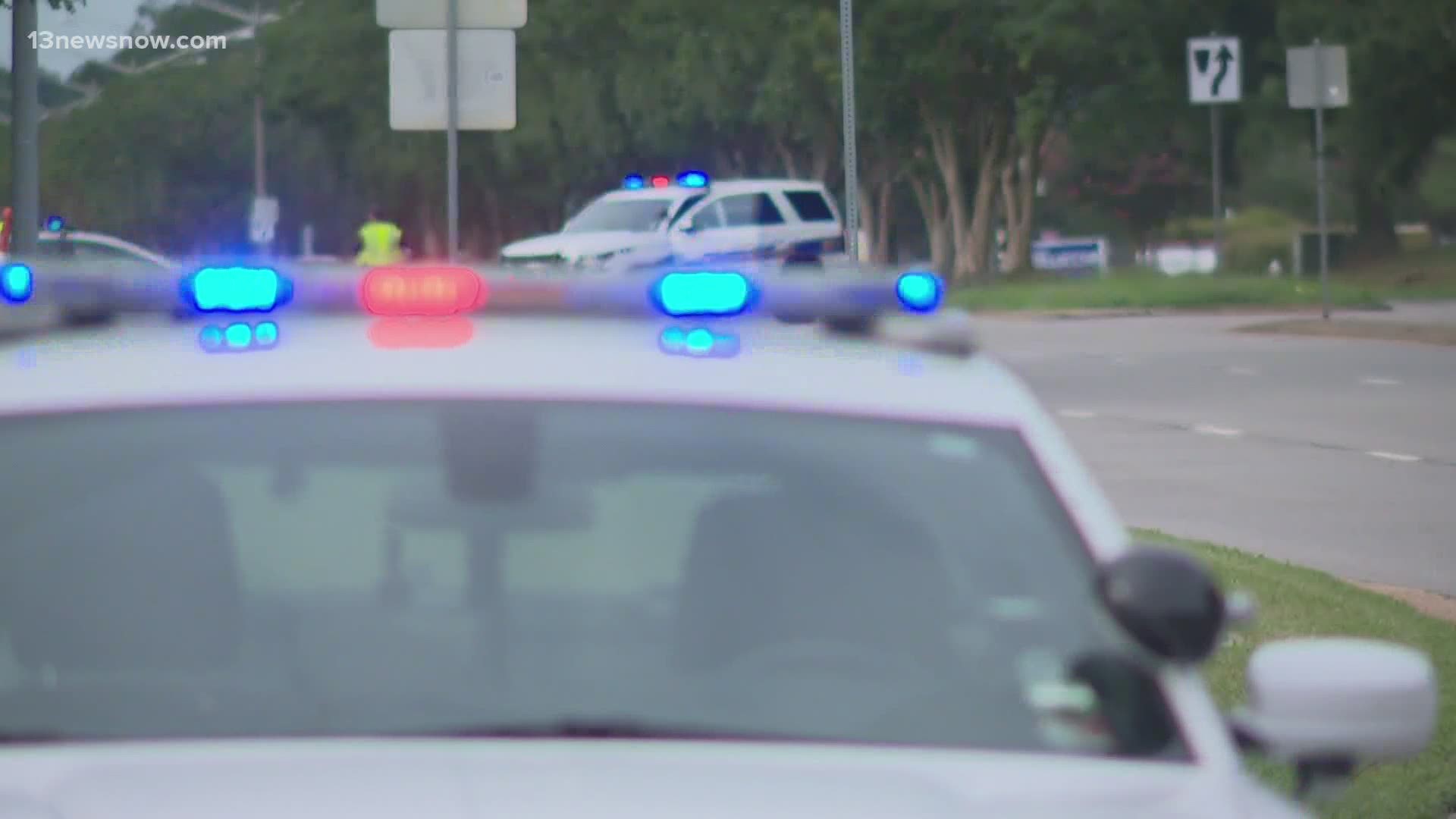 VIRGINIA BEACH, Va. — Three people, including a baby, are in the hospital after they were injured in a drive-by shooting Lynnhaven Mall in Virginia Beach Monday afternoon.

The Virginia Beach Police Department tweeted about the incident that took place at Lynnhaven Parkway and Avenger Drive just before 3:50 p.m.

Officers arrived to find numerous spent shell casings, as well as gunfire damage at a nearby Taco Bell.

Police then received additional reports about an SUV that may have been involved in the shooting was traveling east on Interstate 264. The SUV was found abandoned at the bank of a ramp at the First Colonial Road exit.

Credit: Jasmyne Towns, 13News Now
An SUV sits at the bottom of a bank at Interstate 264 and First Colonial Road. Virginia Beach police said it was connected to a shooting on Lynnhaven Parkway at Avenger Drive.

Police say one of the adults and the infant have life-threatening injuries. The second adult is expected to be OK.

There's no word on any possible suspects at this time.

If you have any information that may help investigators, you're asked to call the Virginia Beach Crime Solvers at 1-888-LOCK-U-UP (1-888-562-5887). You can also submit a tip via p3tips.com or by downloading the P3 Tips app available in Apple iTunes and Google Play Stores.

#BREAKING: @VBPD tell us they are investigating a reported shooting at the intersection of Avenger Drive and Lynnhaven Parkway. Details are very limited at this time. Police ask drivers avoid the area. Traffic is being rerouted away from Lynnhaven Parkway. #13NewsNow pic.twitter.com/hV5NDbUiAc