Mike Standing, who owns several restaurants at the Oceanfront, said he is down 50 to 60 percent in sales. 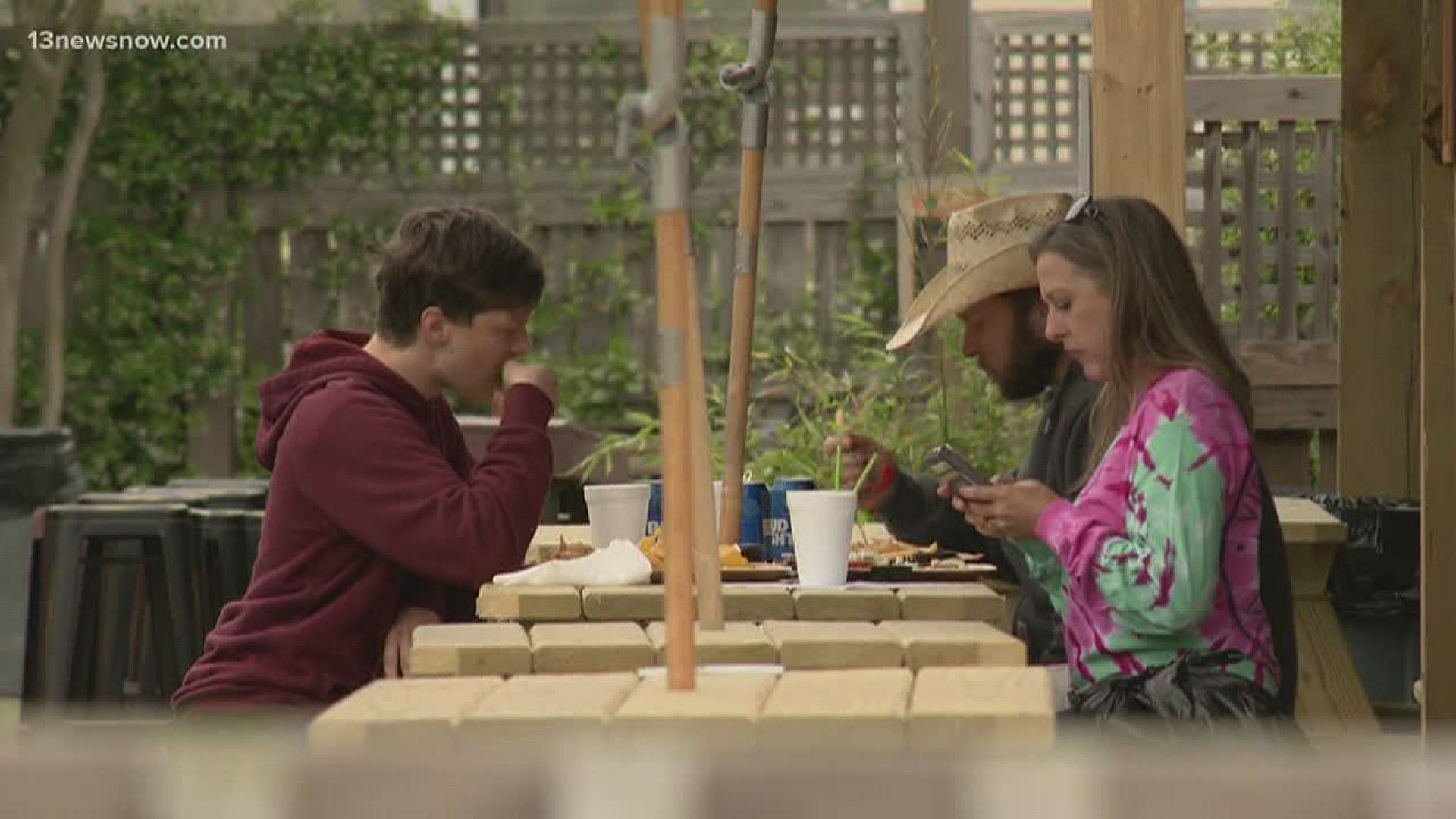 VIRGINIA BEACH, Va. — It’s the unofficial start of summer, and tourists from all over made their way to the Virginia Beach Oceanfront.

“We went bike riding, we went souvenir shopping and we did a little sightseeing,” said Aree Booker from New Jersey. Booker said where he lives, everything is shut down. He said that’s not the case here.

“A lot of places are open. A lot of the stores are open and we are enjoying ourselves,” Booker explained.

Restaurants are only seating people outdoors. While that's a good thing for Mike Standing -- the owner of Chix on the Beach, Waterman’s, and The Shack -- he said business is still down 50 to 60 percent.

“The vast majority of people are willing to go out and dine but when you don’t have the space to accommodate them, then it’s pretty detrimental to business,” he explained.

The weekend was as good as it could possibly be, according to Standing. He said all of his restaurants were on a waitlist, but he said it’s hard to accommodate a lot of people with a small amount of outdoor space.

Standing said, “This weekend was as good as it could possibly could have been. The weather was good on Friday and Saturday. Because we are only allowed to seat outdoors, business wasn’t so great because we couldn’t accommodate them in the wind.”

Standing, like many other business owners, hopes Governor Ralph Northam announces restaurants can reopen indoor dining soon. He said he doesn't know how long they can last without it.

Standing hired all of his employees back and said he hired 50 more in hopes to reopen the inside of the restaurant in the next week or so.