The Rock 'n' Roll team is preparing for more than 8,000 runners to cross the finish line on the boardwalk this weekend, one last time. 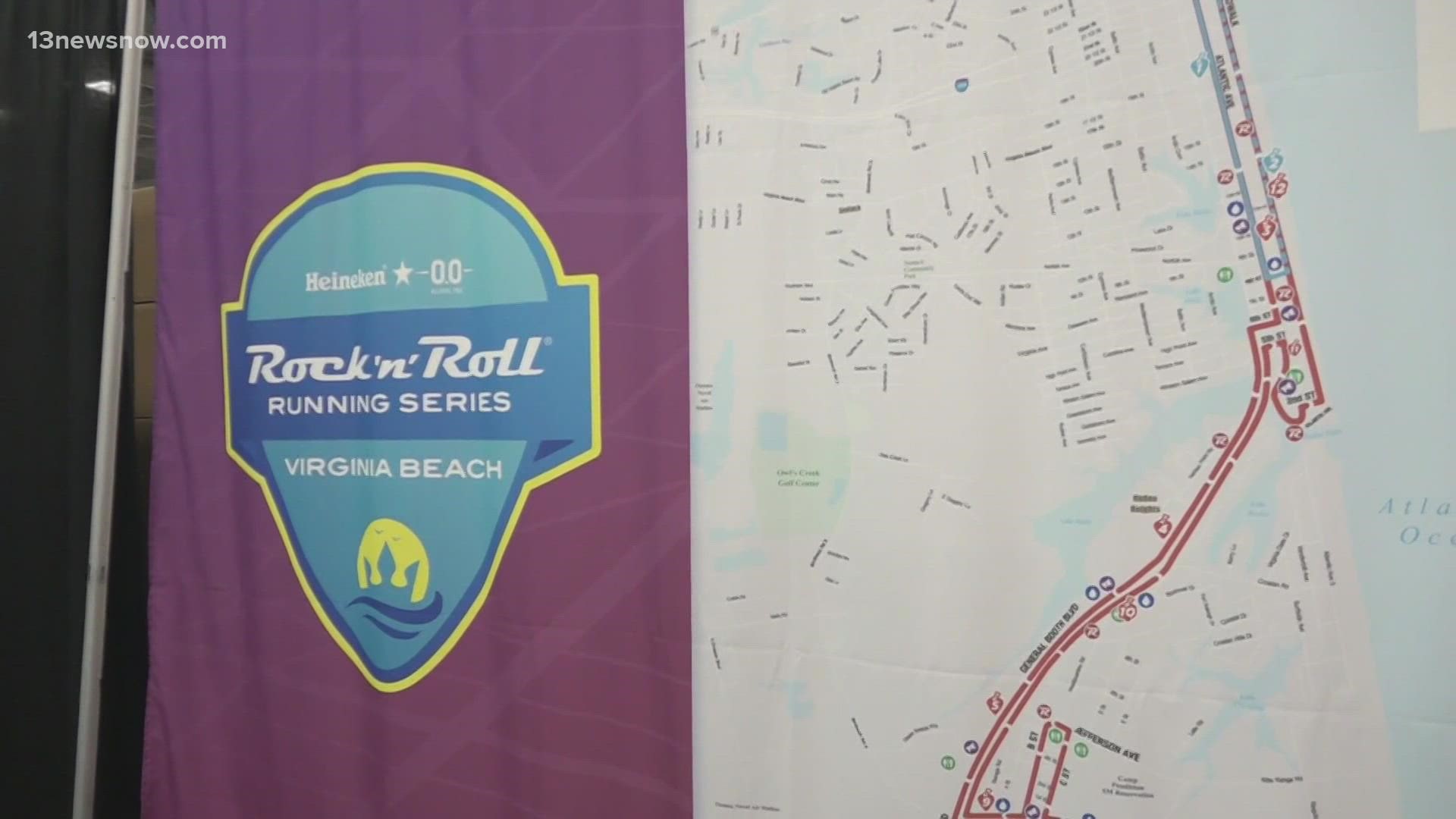 VIRGINIA BEACH, Va. — It’s the end of an era at the Oceanfront. After 20 years of memories, the Rock 'n' Roll Running Series is running out of Virginia Beach.

The Rock 'n' Roll team is preparing for more than 8,000 runners to cross the finish line on the boardwalk this weekend, one last time.

“It’s kind of upsetting because this and the Shamrock are both races, I look forward to in Virginia Beach,” said runner Stephen Francis.

People flooded into the Virginia Beach Convention Center to pick up race bibs on Friday.

“After having a long layoff year, we just can’t wait to fire that gun at the start of the race and get people out there,” Zocks said.

But the pandemic is still top of mind. People must wear masks inside the convention center, but not on the racecourse.

More than 100 runners laced up their sneakers all 20 years the race came to Virginia Beach.

"We’ve been lucky, there has never been anything big that has happened that would keep us from the race,” said legacy runner Nick Marino.

Nick and his wife Letty Marino are legacy runners. Nick even has the inaugural race shirt from 2001 to prove it.

“I’m sad it’s over,” Marino said. “I was wondering how old I’ll be when I couldn’t do it anymore!”

Racers like Stephen Francis are ready to go out with a bang. He’ll run the 1 mile, 5K and Half Marathon.

“I was originally going to do the half, but I figured it’s the last one, might as well do all three,” Francis said. “And it’s easy. You train for it.”

The Race Director told 13News Now that they came to a mutual decision with Virginia Beach city leaders that it was time to make changes and move on.