The Virginia Beach Lifesaving Service is asking people to be especially careful this week because we’re expecting rough surf caused by an offshore hurricane. 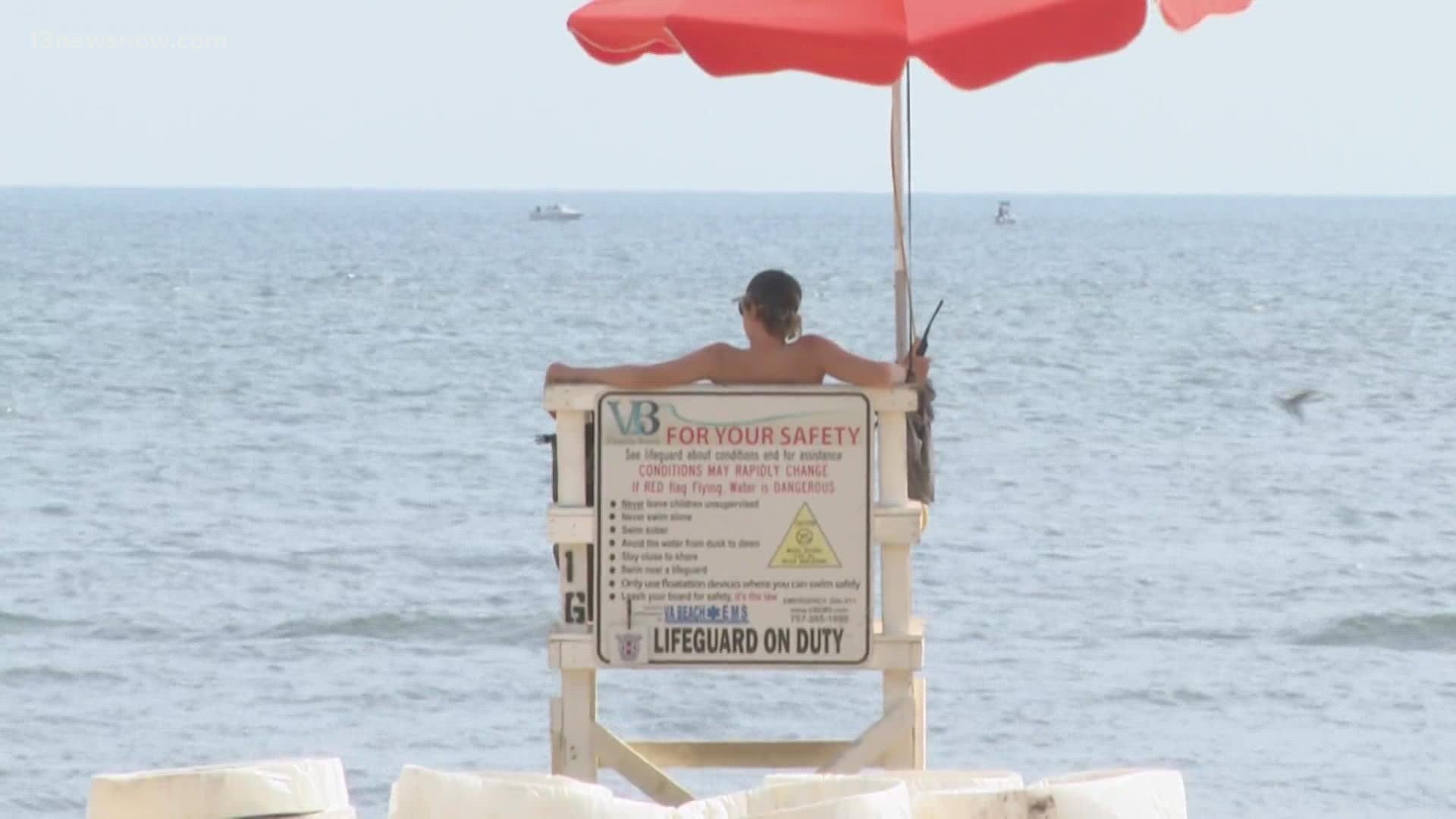 VIRGINIA BEACH, Va. — The summer is coming to a close, which means you’ll see fewer lifeguards along the Oceanfront starting September 7.

The Virginia Beach Lifesaving Service is asking people to be especially careful this week because we’re expecting rough surf.

On Monday, crowds packed the beach for a Labor Day well spent. Sondra Favors and her son Caleb traveled to Virginia Beach from Northern Virginia for the holiday weekend.

“We come here about every year,” she said.

Favors always makes sure to plant her beach towel near a lifeguard. “I usually keep a mindful eye also, just in case because there are a lot of people here.”

“The water is unpredictable,” said parent Kelly Young. “We are in something we are not used to.”

“Tomorrow through Friday we will be about 15 people working, the weekend we will have about 25 to 30,” said Virginia Beach Lifesaving Service Chief Tom Gill.

Gill said that’s a big change compared to the height of summer, when about 80 lifeguards rotate along the beach, daily.

During the next two weeks if you want to swim by a lifeguard, head to the resort area. Gill said there won’t be lifeguards at Croatan Beach or the North End.

“Somewhere between 2nd and 42nd Street, we will have stands evenly balanced throughout that area,” Gill said.

With that in mind, Gill is warning people to keep an eye out for red flags along the beach.

“Don’t go running into that water; if it looks dangerous, it probably is dangerous,” Gill said. “And if it doesn’t look dangerous you should still probably wait for a lifeguard before going in.”

Gill said they may put extra lifeguard stands along the beach this week so they can put up more red flags if need be. He also said they will have lifeguards patrolling the beach until about the second weekend of October.