The man was taken via Nightingale helicopter to the hospital with injuries considered life-threatening. 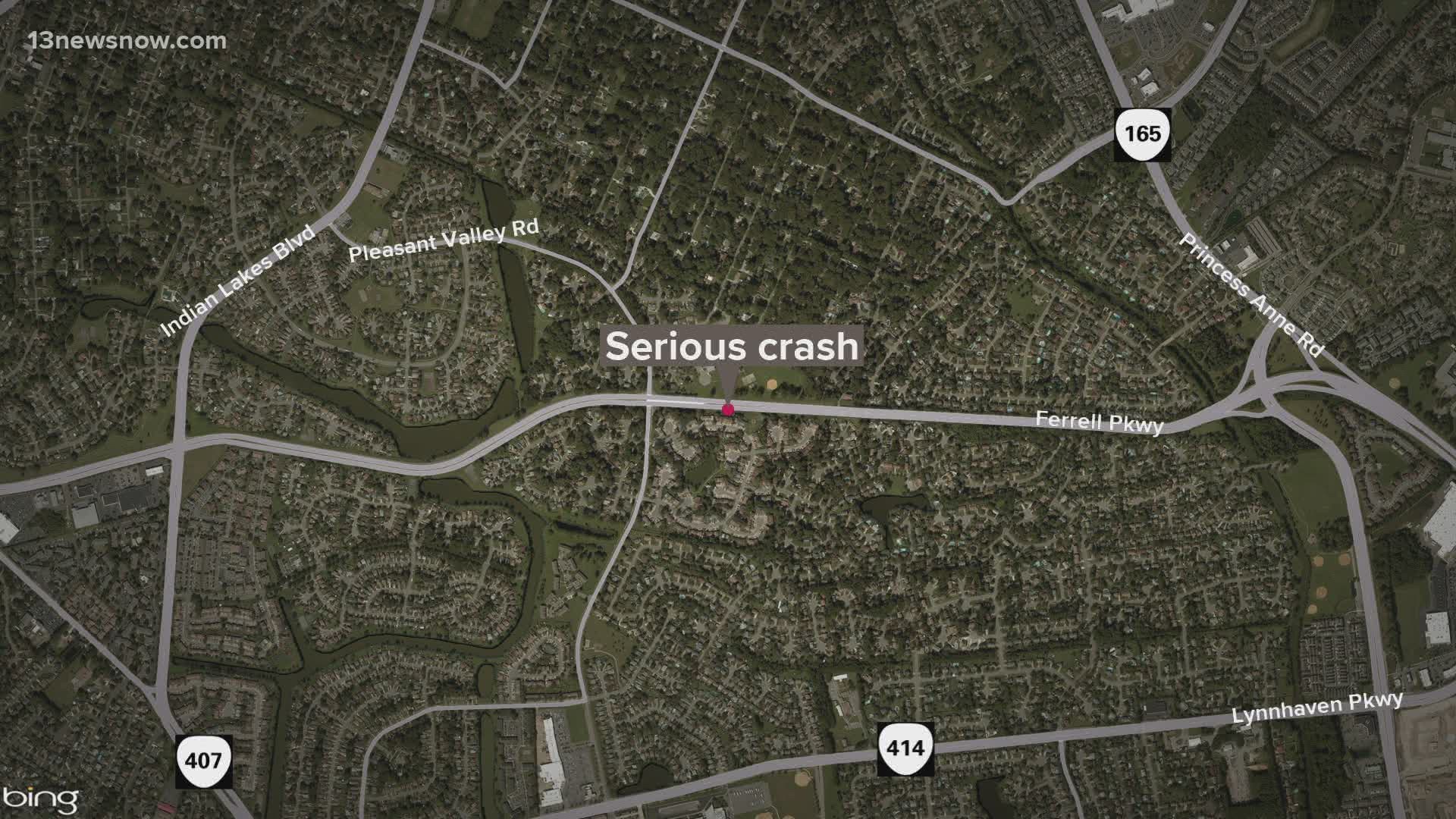 VIRGINIA BEACH, Va. — Virginia Beach Police are investigating a single-vehicle crash that sent one person to the hospital with serious injuries Friday morning.

It was around 4:32 a.m. when police were called to the crash in the 4800 block of Ferrell Parkway.

Police said a 4-door sedan was traveling westbound on Ferrell Parkway when the driver ran off the road and hit a tree in the median.

The sedan crossed over into the eastbound lanes. The driver, a man, was thrown from the car during the crash. He was the only person in the car.

The man was taken via Nightingale helicopter to the hospital with injuries considered life-threatening.

Police said it is unknown at this time if alcohol or speed played a contributing factor in the crash. There were no other vehicles or people involved or injured in this incident.

The Fatal Crash Team responded to the scene and will be the lead investigators on this case.

All eastbound traffic on Ferrell Parkway from Pleasant Valley Road to Salem Road is closed.

VBPD is investigating a serious crash in the 4800 block of Ferrell Pkwy. All Eastbound traffic from Pleasant Valley Rd to Salem Rd will be shut down for several hours for further investigation. Use alternate routes. More details to follow shortly. @CityofVaBeach