Shroom boom? Here's why investors say psychedelics are the next stock to watch.

Medical research is proving the potential psychedelic mushrooms hold when it comes to healing mental health. Now, investors are looking to cash in. 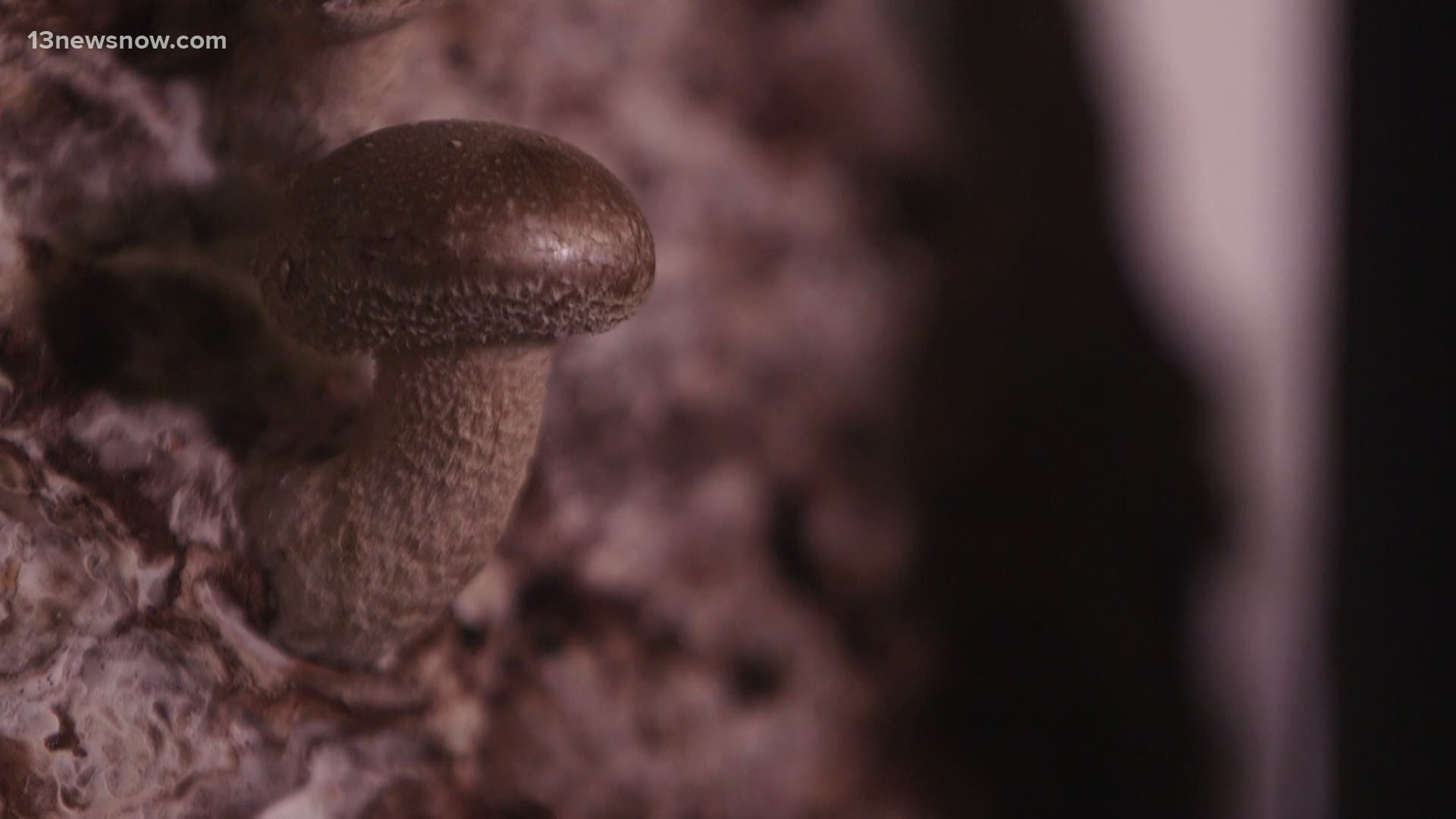 VIRGINIA BEACH, Va. — Inside of an unassuming building in Virginia Beach, something is growing.

After learning about the benefits of different mushroom varieties, he turned it into a business: Capstone Mushrooms. It’s an indoor farm of sorts, where he grows and sells hard-to-find gourmet mushrooms.

“There are mushrooms that can help heal your brain, help you think better, mushrooms that can inspire you, build your immune system,” said Staab. “When I thought about that, I thought I have to make this available to more than just myself, so I became diligent, on a mission.”

Staab says they’re herbal and medicinal, and they deliver benefits without getting you intoxicated. In other words, they’re not "magic" mushrooms.

But across the world, scientists are giving magic mushrooms the serious treatment. New studies are finding magic mushrooms, also known as psychedelics, can heal us and could potentially be used as therapeutics for mental illness.

During a recent study, his team discovered that just two doses of the psychedelic substance Psilobin sharply reduced depression and curbed smoking addiction. Already, several states have moved to decriminalize psychedelics, including Oregon and Washington D.C.

“I think there’s incredible potential here. I really do think it's gonna be a new paradigm within psychiatric treatment,” said Johnson. “It’s a new treatment model, and there’s a lot of opportunities. That’s gonna come with both the positive and challenges. This stuff has to be done safely.”

This is just the start of an even bigger story. Experts believe the psychedelic research happening worldwide will lead to a major shroom boom when it comes to investing.

“This is the time,” said Rodriguez.  “If you missed the run on cannabis, you’ve got psychedelics.

For now, Staab is soaking up all the benefits non-magic mushrooms have to offer. He packs them up into small boxes and sends them off to various farmers' markets and grocery stores throughout Hampton Roads.

Staab hopes to make an impact one shroom at a time.