Peaceful gathering planned in support of Pharrell, Something in the Water

Fans of the music festival are taking action in support of Pharrell Williams. We found out what they plan in response to the festival's questionable fate. 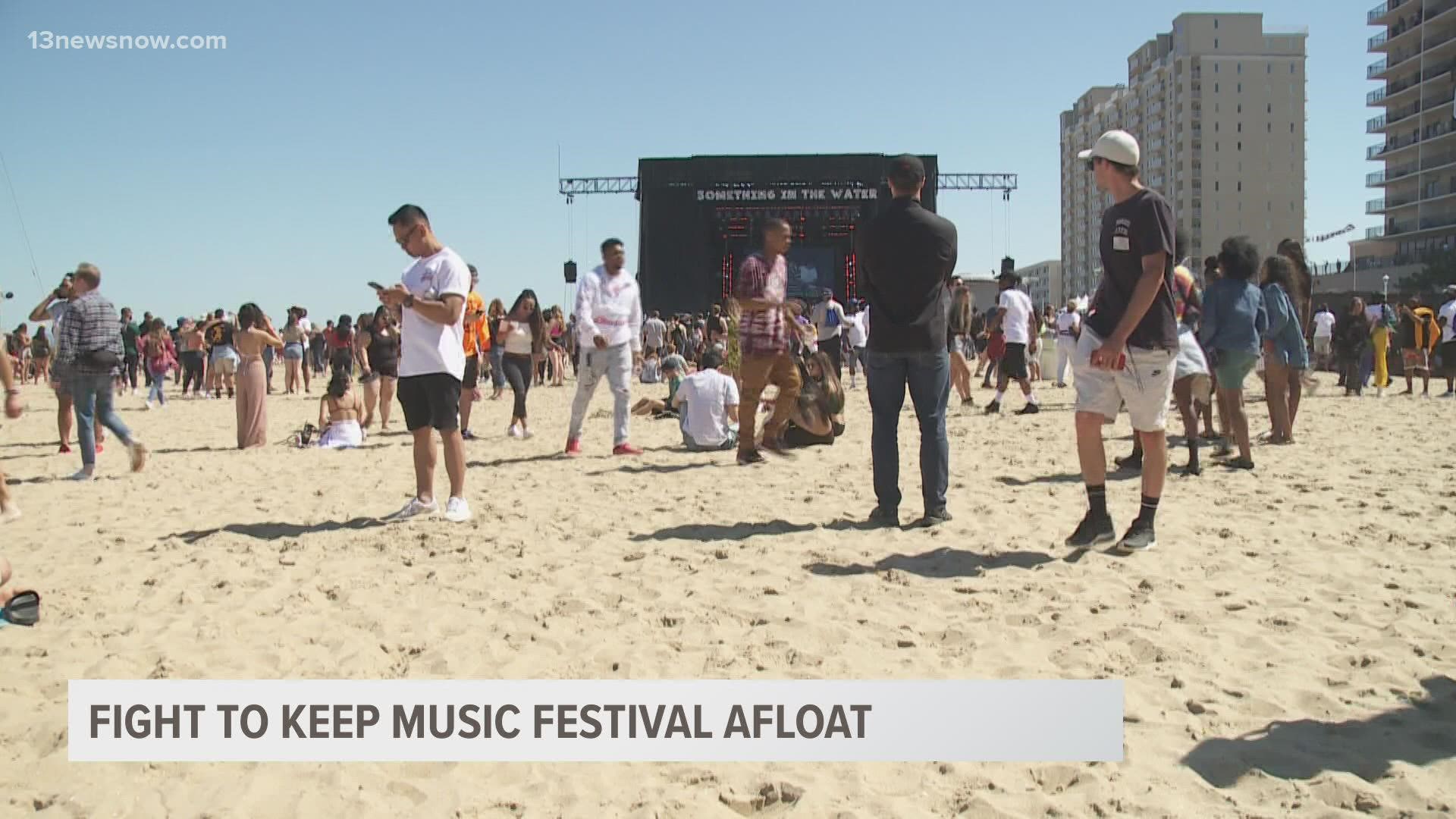 VIRGINIA BEACH, Va. — Something in the Water in 2019 at Virginia Beach: it was the first time Xiomara-Rosa Fernandez of Richmond had been to a music festival.

"The energy was great. We were all just one," said Fernandez.

Now an avid fan, Fernandez is one of the admin members who helps monitor a Facebook community page dedicated to Something in the Water.

The group ran a poll asking how to best back festival creator, Grammy-award-winning artist and Virginia Beach native Pharrell Williams.

"That was the highest one. We sit down at the beach where the stage was, the main stage," said Fernandez.

Fans plan to gather for a peaceful demonstration in the area of 3rd Street along the Oceanfront on November 6. They already anticipate people traveling from all over to show support.

On September 29, City Manager Patrick Duhaney sent Pharell a letter, expressing "immense disappointment after learning that the Something in the Water Festival may not occur in 2022."

Duhaney went on to say the 2019 event generated more than $24 million in Virginia Beach and the surrounding region.

The city pleaded for an in-person meeting.

In a letter back on October 5, Pharrell responded and repeated his love for Virginia Beach.

However, it's the "toxic energy" in city leadership that he says led to changing narratives of the Municipal Center mass shooting and the shooting death of his relative.

Pharrell's cousin, Donovon Lynch, was shot and killed by a VBPD officer in March.

Organizers said they're working on that finalizing that, as well as notifying the city of all their plans.

Fans also told 13News Now that they'd be OK with the festival moving to another city if that's on the table.

A Virginia Beach city spokesperson let us know Wednesday "the City is still hopeful Mr. Williams will accept the offer to talk.

Fans of @sitw plan to gather for a peaceful demonstration at the Oceanfront on Nov 6.

The fate of the festival is in limbo, after a letter hinting it won't return to VB next year.

More of this story, tonight at 11 on @13NewsNow. pic.twitter.com/AUb0S4FTyI