The 2020 "Something in the Water" lineup was announced at Virginia Beach's Princess Anne High School. 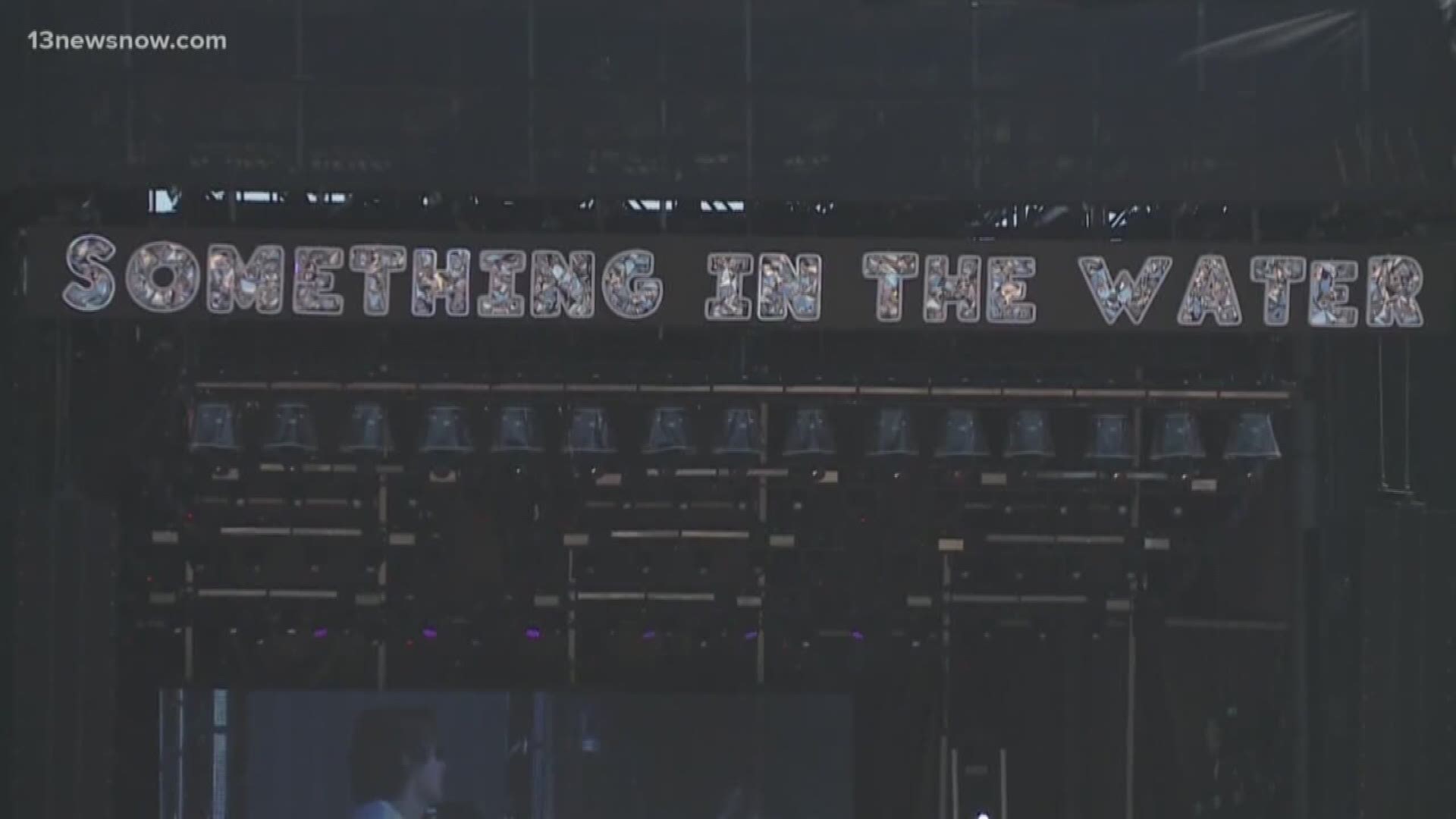 VIRGINIA BEACH, Va. — Virginia Beach students got a first look at the 'Something in the Water' lineup on Thursday.

During an announcement over the school's loudspeaker, the Princess Anne High School principal announced the festival's 2020 lineup. Musicians will take the stage from Friday, April 24 to Sunday, April 26.

Passes go on sale at noon on Saturday, December 14!

UPDATE: Rapper Pop Smoke was featured on this lineup. He died on Feb. 19 after being shot and killed during a home invasion robbery. He was 20 years old.

The event is a multi-day music festival and cultural experience on the beach in his hometown of Virginia Beach.

Credit: Something in the Water

However, for the second year, Pharrell has decided to expand the festival by bringing the brightest minds from the culinary, technology, environmental sustainability, health, wellness, and media world from Monday, April 20, through Thursday, April 23.

Passes go on sale at 12 p.m. on Saturday, December 14. Anyone interested in attending the event can check out the pass prices and options before they go sale. Pass prices range from $195 to $1,000.

This year there are three general admission tiers and two three-day VIP admission tiers. The most expensive ticket is for a three-day yellow tier which gets festival goers right up by the stage and access to the Yellow Lounge backstage beach patio experience with curated food offerings and beverage stations.

This year, the festival is also offering three-day Park and Ride tickets from the Virginia Beach Amphitheater for $20, or a three-day premium Virginia Beach Convention Center parking for $60.

RELATED: More tickets for 2020 'Something in the Water' festival to go on sale

During the lineup announcement on Thursday, Princess Anne High School's principal said that it's Pharrell's hope that every student understands the importance of positivity, goodwill, community, and empathy embodied by this festival.

"The youth are the future of Virginia Beach," the principal said. "Pharrell sees you. The world sees you."

The popular pop-up church is also expected to return this year. The inclusive celebration is a free event for the community, which will unite, uplift, offer hope, victory, fun, and faith.

Click here to learn more about the 2020 'Something in the Water' Festival.