A state auditor found Virginia Beach City Treasurer John Atkinson did not give the Commonwealth its portion of excess fees that the city collected. 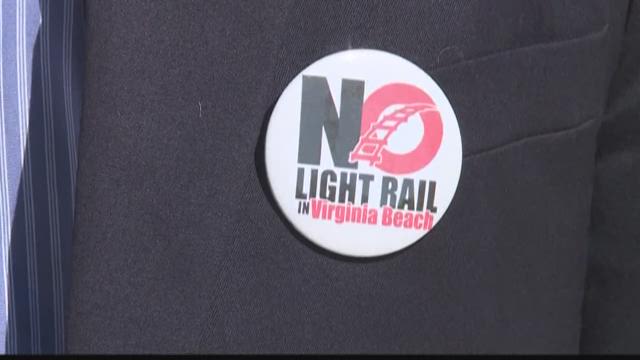 VIRGINIA BEACH, Va. (WVEC) -- The City of Virginia Beach Treasurer's Office owes the Commonwealth $255,371, according to a letter sent to Mayor Will Sessoms by the State Auditor of Public Accounts.

The auditor wrote that City Treasurer John Atkinson did not give the Commonwealth its portion of excess fees that were collected.

According to the letter:

"The 2017 Virginia Acts of Assembly (Chapter 836) directs any Treasurer collecting delinquent fines and costs on a contingency fee basis to divide collection fees in excess of collection expenses between the locality and the Commonwealth."

The Commonwealth Auditor of Public Accounts said Atkinson didn't do that. The letter directs the office to pay the money immediately.

Late Thursday, Atkinson told 13News Now there was some confusion over a change in law and he is now working through city leaders to get the money back to the state.

According to Atkinson, his office had a contract with the Commonwealth's Attorney's Office to collect unpaid court costs and fines. If he collected, he received 30 percent of the money.

In the third year of the contract, state law changed. New statute said the city treasurer could reimburse himself for costs spent collecting the money and any profit above that had to be split with the state.

Originally, Atkinson maintained his contract superseded the new law. After consulting with attorneys, however, he now says he was wrong.

The City Treasurer is not sure how he will get the money back to the state, as it has already been spent.

Susan Hippen, the Candidate for Virginia Beach Treasurer, released the following statement on the situation to 13News Now:

This story evokes many questions concerning the transparency, integrity, and accountability of the Virginia Beach Treasurer. The Treasurer is entrusted by citizens to make sound decisions in the collection process. Virginia Beach residents are now on the hook for over $250K due to the Treasurer’s negligence, with no explanation other than the shameful excuse that the money has been spent. Taxpayers deserve to know what happens with monies collected whether they are paying taxes or delinquent fines. Furthermore, the Treasurers constant overreach in the performance of his elected duties continues to leave Virginia Beach residents without fair knowledge of his practices and procedures. Virginia Beach citizens deserve better!