Multiple stolen packages found on South Blvd belonging to nearby residents. Some people said they did not know the items were stolen until 13News Now told them. 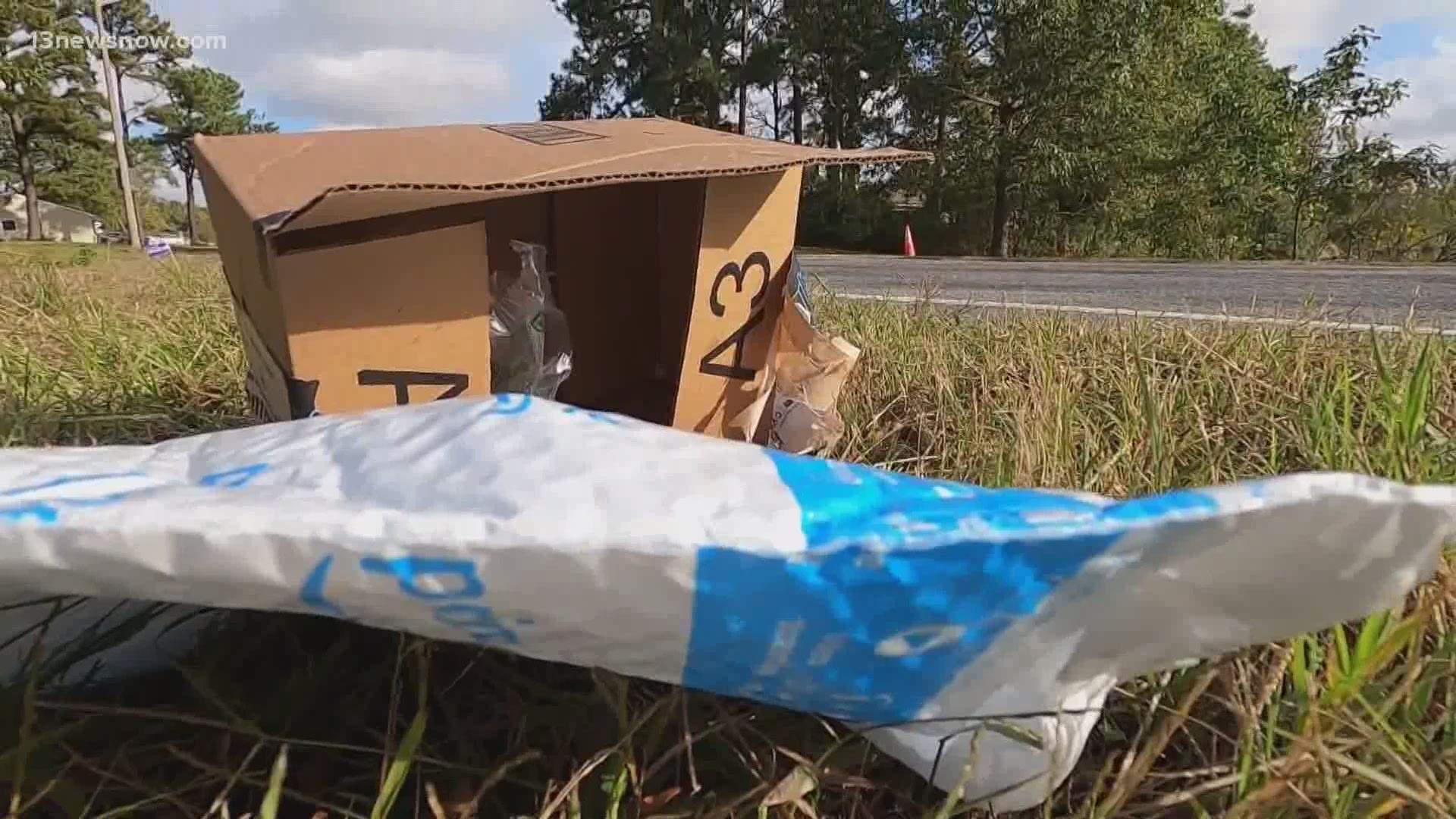 VIRGINIA BEACH, Va. — About a dozen people in Virginia Beach are trying to figure out who stole their mail this week.

Someone tossed empty boxes and envelopes addressed to multiple addresses on the side of South Blvd near Mount Trashmore. A driver spotted the items Friday and told 13News Now he thought the sight was suspicious.

“Wow, this is unbelievable,” said Lisa Verdin who lives nearby. One of the stolen packages belonged to her.

Verdin says she grew suspicious when the package, a set of DVDs, did not arrive on Thursday.

“The Amazon app said it was delivered but I never got the box and that’s never happened before,” she said. “So I knew something was wrong.”

Another homeowner nearby said three packages addressed to his wife were missing, despite the Amazon app noting the packages had been delivered. He was surprised to hear 13News Now found at least two of his packages along the side of the road.

Verdin, who ordered the items from Amazon, showed 13News Now recorded Ring camera footage showing the moment an Amazon delivery driver dropped off mail to her doorstep around 12:45 p.m. Thursday. She was home, and picked up the mail around 8 minutes later and says the missing package was not among the items. However, her Amazon app showed it had been delivered, as well.

An Amazon representative told 13News Now the company will look into the matter.

MPO Virginia Beach Officer Linda Kuehn recommends people track packages, and if the mail does not arrive, she recommends calling the mail carrier.

She also recommends scheduling deliveries for when you will be home, and if you cannot be home, ask family or neighbors to stand by. She said people should also consider investing in home security cameras, like Verdin.