Lawmakers and tech industry leaders are celebrating the completion of a new high-speed data cable that stretches across the Atlantic Ocean. 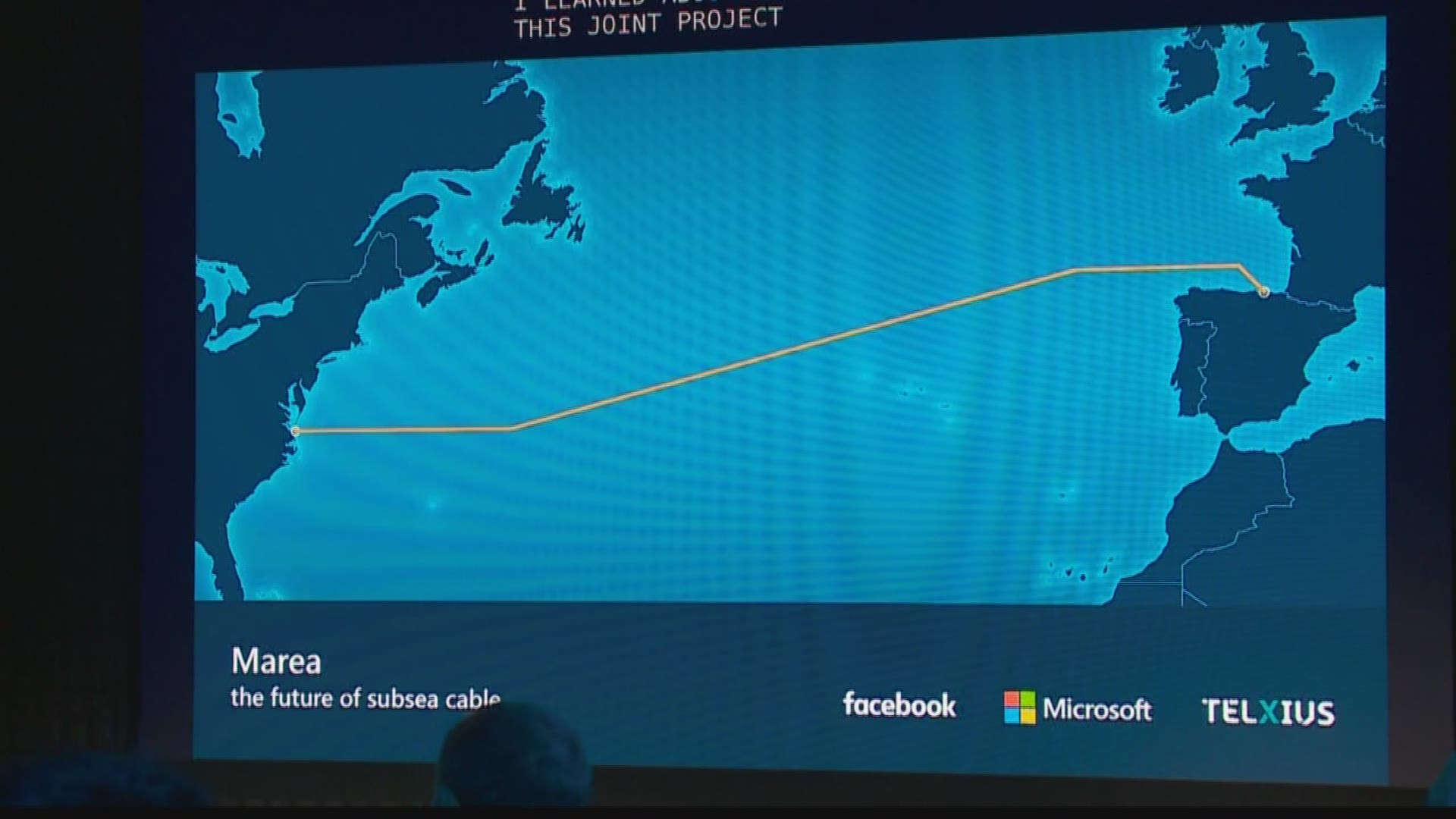 WILLIAMSBURG, Va. (WVEC) -- Top Virginia leaders are attending an event in Williamsburg along with Microsoft, Facebook, and Telxius to announce the progress of a subsea cable that will connect Virginia to Spain.

The cable, which spans from Virginia Beach to Bilbao, Spain, will allow greater connectivity between the two countries. It can transmit 160 terabits of data per second.

It can transmit 71 million high-definition videos at once which is 16 million times faster than the average home internet connection.

1 / 7
Microsoft, Facebook to lay an undersea cable that will connect Va Beach and Spain.

It is expected to bring about economic development and job growth to the Hampton Roads region.

The Associated Press contributed to this article.