Plan to redevelop area near Thalia Elementary met with resistance

A new plan would tear down local stores in place of new apartments in Virginia Beach. Now neighbors are fired up. 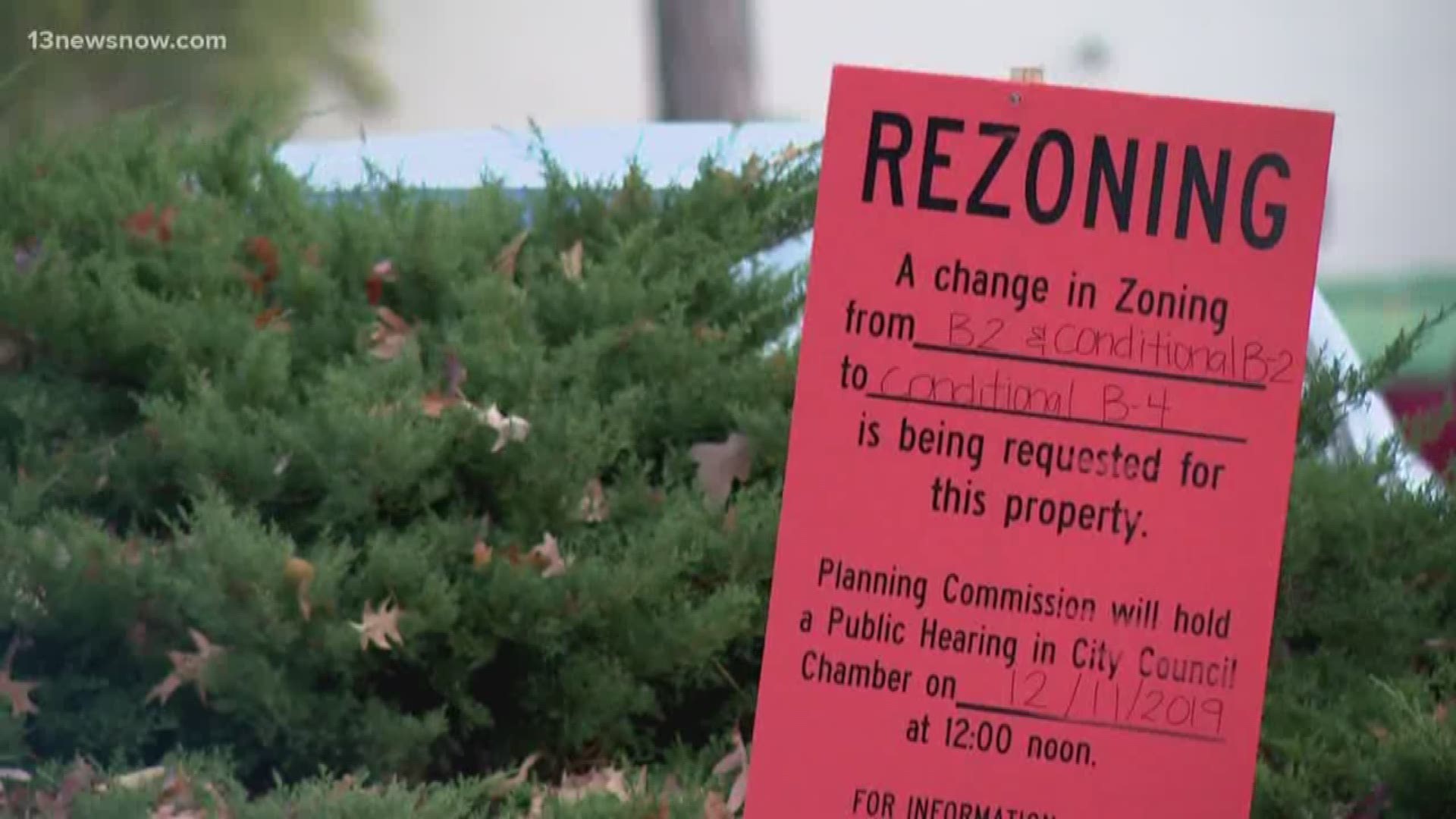 VIRGINIA BEACH, Va. — It’s a plan to rip down retail buildings and replace them with apartments, townhomes, and a mixed-use space.

Venture Realty is trying to develop nine acres of land beside Aldi’s grocery store on Virginia Beach Boulevard. Homeowners nearby told 13News Now they hate the plan and hope it doesn’t pass at the planning commission meeting.

Homeowner Jeanne Lemoine said, "It’s not going to work here. It’s too much for the area."

"We saw the sign and we were like, 'What’s going on?'" said Lemoine. "We kind of blew it off and we didn’t think that much about it."

According to city leaders, a developer will turn the area into three different buildings, totaling 161 units for people to live. The first one will become a mixed-use space. Leaders said the first floor will be retail shops and parking. The other four floors will become apartments.

City leaders said before anything happens, the land needs to be rezoned to allow mixed-use development.

“I realize it’s tough around here to find a place to live and everything... but to have it right in our backyard, no. They have to think about another spot,” said Lemoine.

Neighbors said they are upset and they don’t want new development at all. They are concerned about flooding, traffic, their schools overcrowding and their home values.

“Quality of life is not going to be the same anymore and I’m worried that they are trying to push us out and if we sell our property now, it’s not going to be worth as much,” explained homeowner Elizabeth Heine.

Earlier this week, more than 100 homeowners from Thalia showed up for a civic league meeting. City leaders were also there to discuss the project.

Planner Bill Landfair said due to the strong citizen interest, leaders moved the planning commission meeting about the topic back a month to January 8.

“I know everybody is in it to make money and why should they care about my little street, but it’s important to us and we are hoping they stop,” Heine said.

The developer plans to hold a community homeowner on December  2 at New Life Church at 6 p.m.

RELATED: Community comes together to paint mural in ViBe District