Virginia Beach police said after an officer pulled over a car, the driver got out, hopped onto the back of motorcycle, and left with the person on the bike. 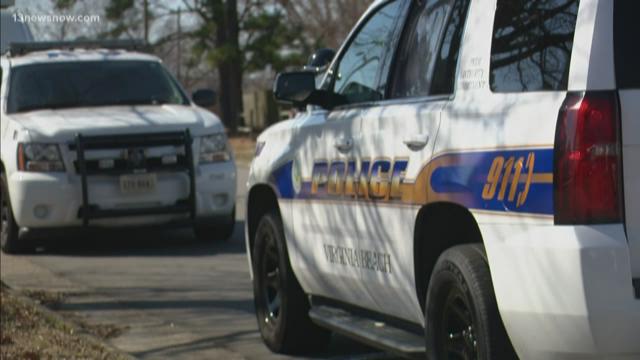 Police have identified the two suspects involved in a strange traffic stop and vehicle pursuit that happened in Virginia Beach last week.

On Friday, February 8, police pulled over a car at Lynnhaven Parkway and Independence Boulevard.

Officers said after the car came to a stop, a motorcycle pulled up alongside it. The driver of the car -- later identified as 42-year-old Christopher J.C. Daniel St. Clair, jumped out, hopped onto the back of the motorcycle, and the pair then took off.

Officers followed the motorcycle to Old Clubhouse Road. SWAT team members came to the area and looked for the two suspects. By 2:15 p.m., both men had surrendered.

Police have charged St. Clair with assault on a law enforcement officer, brandishing a firearm, and felony eluding.

The driver of the motorcycle, 23-year-old Elijah Frederick Clark, is charged with possession of methamphetamine, felony eluding, reckless driving, along with several other traffic infractions.

Both men are currently being held in the Virginia Beach Correctional Center without bond.