Officers said a car hit a man and woman who were crossing part of Independence Boulevard. They didn't have the right-of-way. The driver won't face charges. 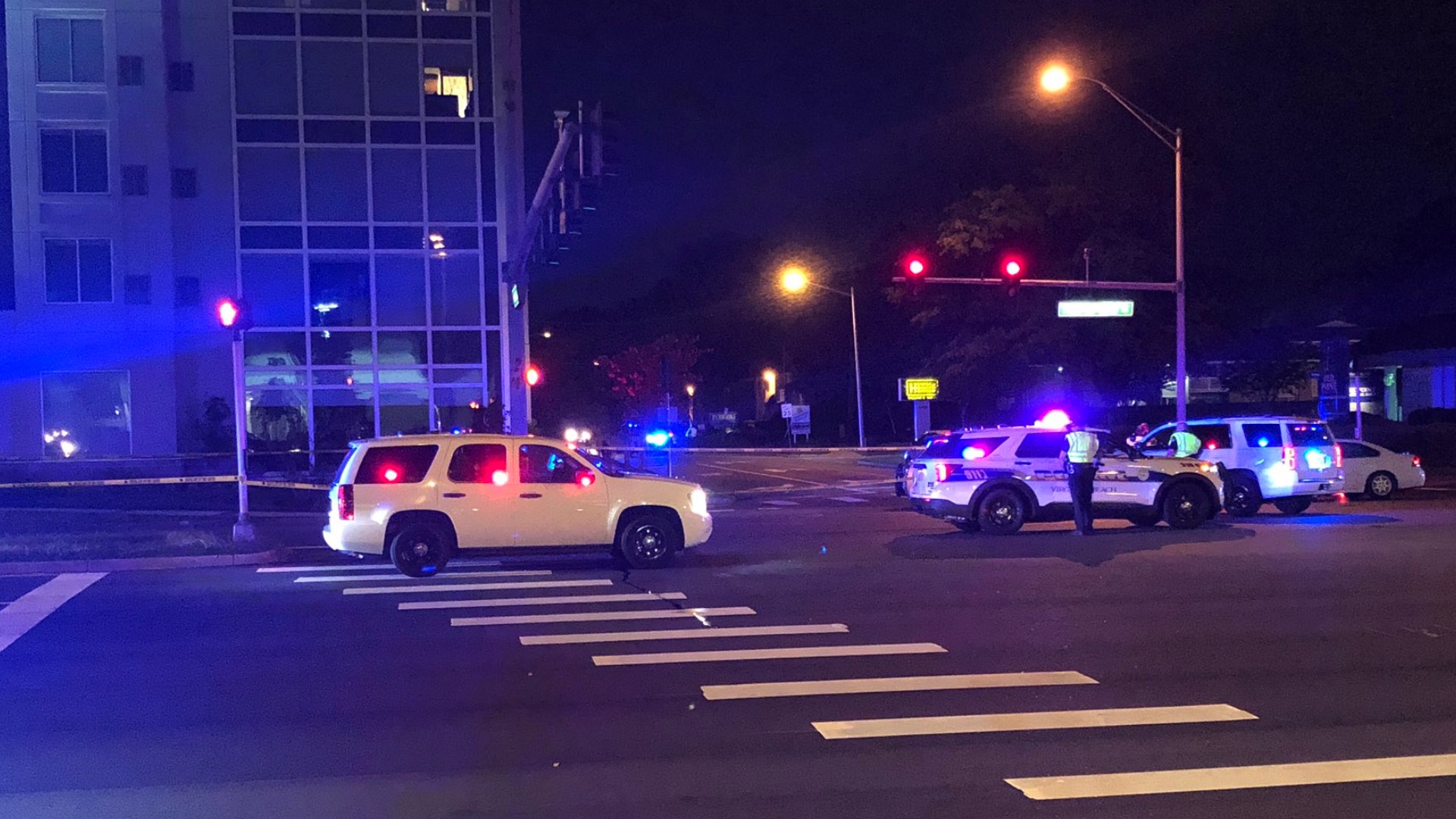 VIRGINIA BEACH, Va. — Police said two people who died Thursday night while they were crossing Independence Boulevard at Broad Street were in the crosswalk but didn't have the right-of-way at the time.

Police said a man and a woman had walked into the road when they were hit by a vehicle. The first officers who arrived tried life-saving efforts, but both pedestrians died at the scene.

Currently, southbound traffic between Independence Boulevard and Virginia Beach Boulevard is shut down. Police are asking motorists to avoid the area and use alternate routes as the road is expected to be closed for several hours.

Officers said the driver of the vehicle is not facing charges.

On scene of an auto vs. pedestrian accident. This is at the intersection of Independence blvd and Broad Street. Witnesses say two people didn’t make it. Virginia Beach PD confirms two people died. #13NewsNow pic.twitter.com/KZ5ynjFAly