Two pups from the Virginia Beach SPCA will be participating in the cutest sports competition of the year: Animal Planet's Puppy Bowl! 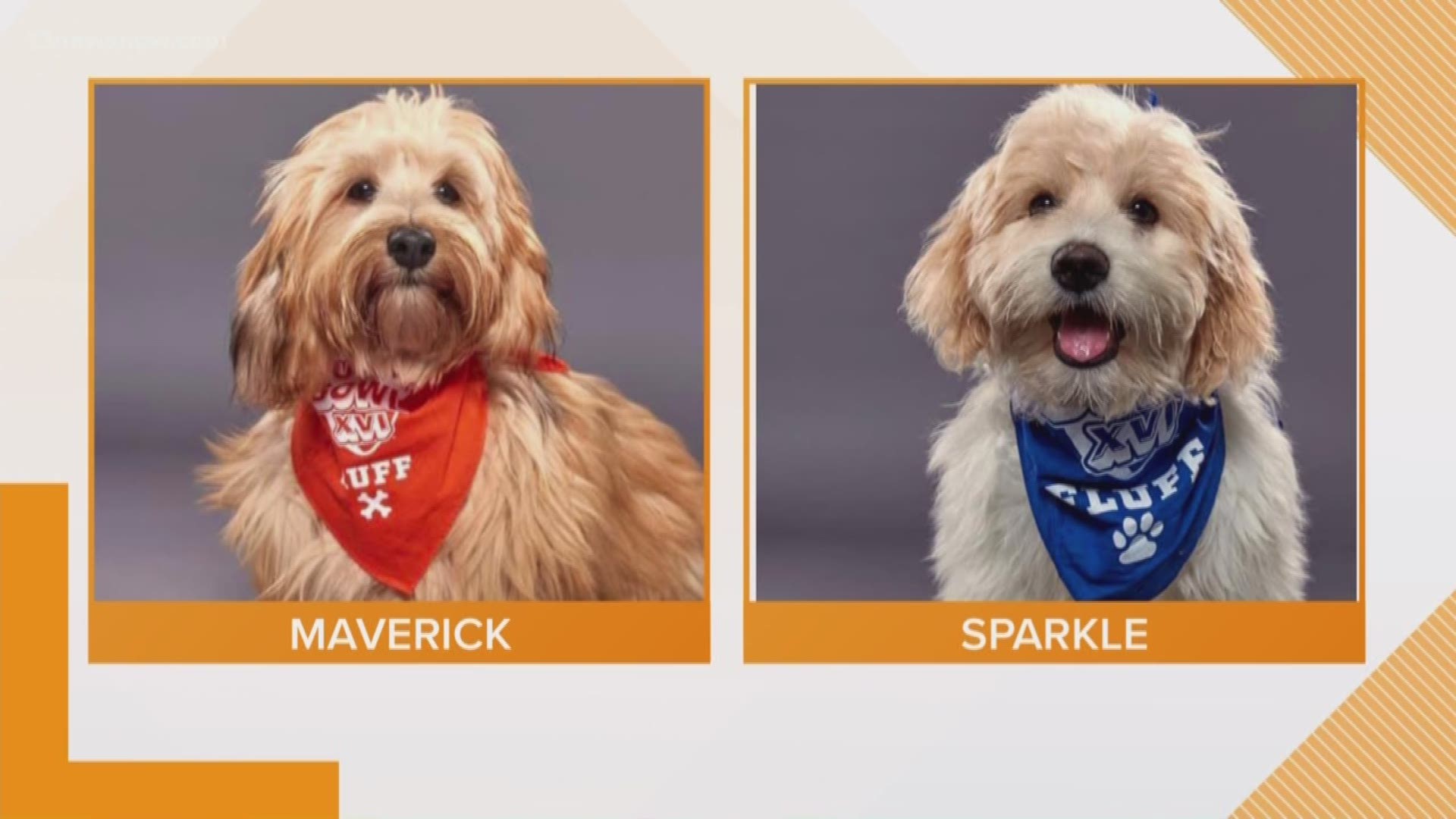 VIRGINIA BEACH, Va. — The Virginia Beach SPCA announced on Tuesday that two of their pups will be participating in this year's Animal Planet Puppy Bowl!

This is the third year in a row that a puppy from the organization were selected in the popular Super Bowl-alternative event. The 16th annual Puppy Bowl will take place on Sunday, February 2 at 3 p.m. on Animal Planet.

The Virginia Beach SPCA said Sparkle, who is on team Fluff, started her life in an outdoor pen with 5 other adult dogs. She's an adorable ball of white fluff who was in desperate need of care. The SPCA said when they found her, her hair was extremely matted. She was found covered in fleas and ticks.

Sparkle has a very sassy side deep down that was born for bigger and better things. She is now living her best life, and she enjoys rolling around in a pile of toys and soft beds.

The second pooch, Maverick is competing on team Ruff. The Virginia Beach SPCA said he was rescued from a hoarding case where he was living with 54 other dachshunds.

Maverick, and 13 other puppies from the home, were brought to the VBSPCA. The rest of the rescued pups were taken to other area shelters.

The SPCA said Maverick quickly stole the hearts of the entire staff, and they all knew he was born to be a star.

Maverick is loving his new life and enjoys being the center of attention. He is friendly and social. He is always looking to meet all the dogs and people he can.

Both Sparkle and Maverick have found their forever homes.

The Virginia Beach SPCA is encouraging everyone to join them at Smartmouth Brewing on February 2 to cheer on the pups in what could be the cutest sports competition of the year.